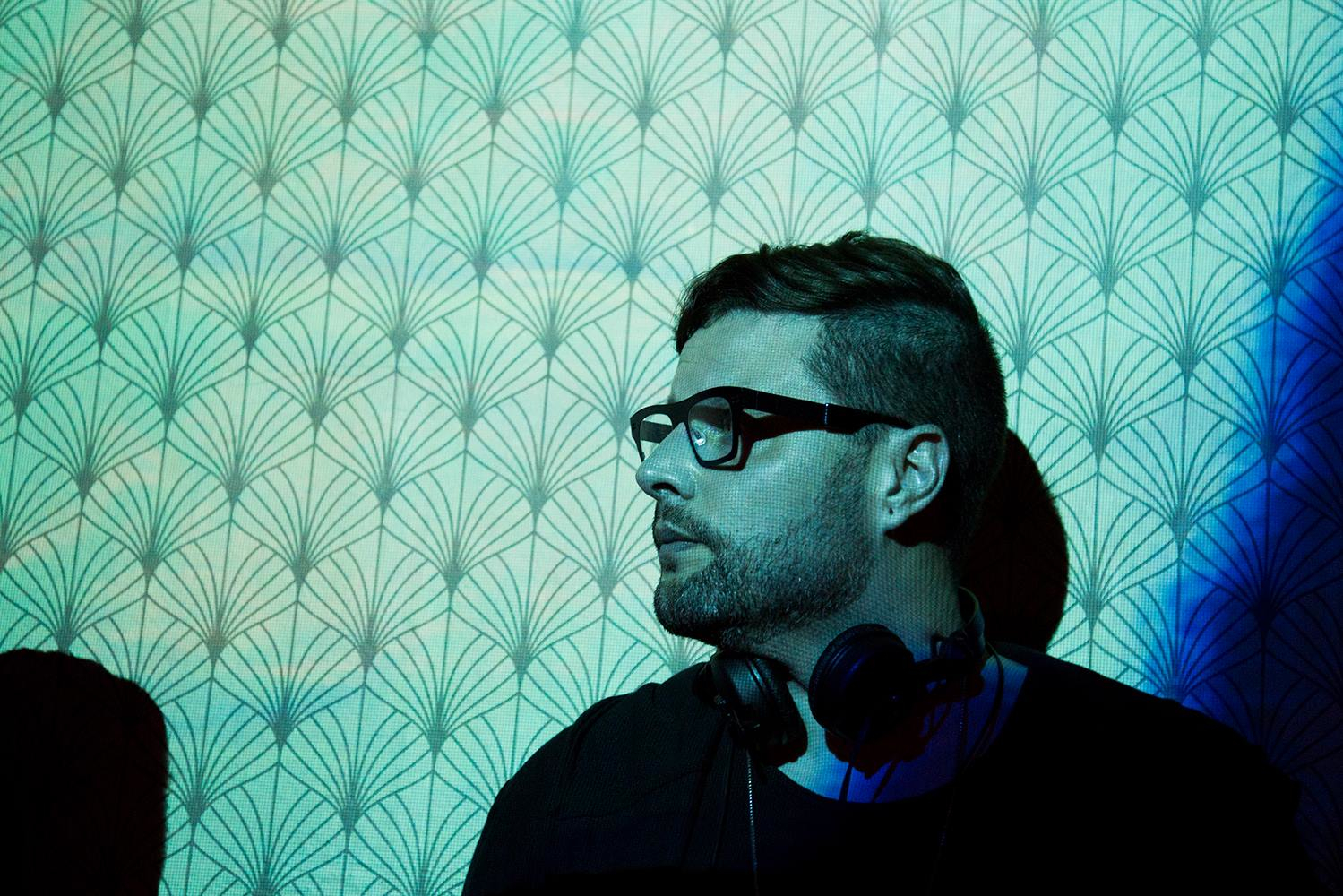 With over twenty years of experience, James Teej has released on seminal labels like Rekids, Sasha’s Last Night on Earth, Rockets & Ponies and many more. Now joining Sagmen, Teej has dropped his ‘Solder Solder‘ EP featuring a remix from Jay Tripwire.

1. Hi Thomas, great to speak with you! Having been brought up living in beautiful Canada, could you tell us about first discovering electronic music in Canmore as a teenager?

Luckily there were a few people that had a similar interest in this kind of music as well as going to raves that I hung around, so we were able to trade mix tapes with each other. Also my parents were really cool and supportive, and would drive me into the city dropping me off at raves, and then would come pick me up in the morning, so I got to have some pretty great experience raving in my mid teens. I ended up getting my turntables in about 96 and started collecting records and djing from that point forward. I really feel lucky to have had the kind of experience I did starting my musical journey in such a beautiful part of the country, was really inspiring.

2. Could you go into some detail about your move to Ecuador? What led you to Guayaquil and what fulfilled you there culturally and musically?

I had been travelling to South America a lot, and really fell in love with the culture. At the time around my move I was playing in Ecuador a lot, and on a whim, decided to rent a place in Guayaquil and see how it would work out. I had never lived anywhere else other than Canada, so even though I traveled a lot those years, it was a really crazy experience to try and integrate into such a foreign place. From learning Spanish, the customs, to for the first time in my life as a white male, being a visible minority, it was a really incredible and difficult journey. It has been one of the most humbling experiences in my life, and totally grounded me.

Most of the synths and samples on the songs were first recorded to cassette tape and VHS.

3. It’s a great honour to speak with a Grammy nominee with many years of industry experience. What was it like to be asked to remix the legendary Paul McCartney & Wings, and then to be nominated for a Grammy for it?

We weren’t actually asked to do it, which was part of the magic of that whole project. It was just a lucky sequence of events and some heart and soul that lead to Timo and I getting the green light to roll with it. It was such a divisive rework, but it was a dream come true to have the opportunity to do something like it. The nomination was one of the only times I genuinely broke down crying of happiness (the only other times being the birth of my son, and hearing my collaboration with Sasha being played by the man himself while sharing the stage at Fabric in London, still one of the biggest highlights of my career). We had been told the song hadn’t met the thresholds for consideration for the Grammy’s so everything about that project was pretty surreal, and I am forever grateful to have shared the nomination with such legends, and still be a part of the Recording Academy.

4. Could you tell us a bit more about your creative approach behind your ‘Solder Solder’ EP on Andre Salmon and Aert Prog’s Sagmen?

This concept EP was something I sketched out while living in Ecuador, and finished after my move back to Canada. Most of the synths and samples on the songs were first recorded to cassette tape and VHS, and then resampled back into my machine. I had to hunt around for a VHS machine in Guayaquil, and found one for sale at one of the TV stations. I wanted a really dusty feel to the songs, and thematically wanted a bit of a retro-future feel to the package. Two Set Six features some audio grabs from the movie Fahrenheit 451, while Solder Solder sampled an old clip I found on Youtube, again sampling back to VHS and back into the machine. A real twisted mix of old and new.

5. Is there any story behind Jay Tripwire contributing remix on the EP, how did this come about?

I am a massive fan of Jay’s work. He is definitely the most prolific producer from Canada (and a fellow western Canadian), and I think he has consistently released more records than any other producer I know. I love the recent stylistic tip he has been on, and approached him to see if he would be down to remix. So I was thrilled when he agreed, and absolutely love the rework he put together. It really rounds the whole package out.

6. You were originally a graphic designer before progressing with production and Djing. Could you tell us a bit more about this and what made you change your career path?

Well that’s what I had been doing to pay the bills. I’ve been DJing and producing since the mid 90s, so it’s always been a huge passion of mine. Luckily I was able to live off the music for a good 6-7 years, but in that time, still did some freelance work here and there. These days I’ve chosen to really cut back on the travelling, and will do the odd show in places I really like to play. So as much as music is still a huge part of my life, like with everything else in my life these days, it is part of a balance. My music has always been my little escape from day to day life. Ultimately I am feeling more creative now than ever, so I will keep writing and putting music out for the long haul. Guess I am lifer at this point.

Fabric, Rex Club and Panoramabar. They are absolute institutions…

7. Could you possibly tell us your three favourite clubs, and what makes them special to you?

This is easy for me. Fabric, Rex Club and Panoramabar. They are absolute institutions, and I am extremely grateful to have been able to perform at all three of them multiple times.

Check James Teej – Dolby B on Music Is 4 Lovers:

8. If you had to pick three bits of studio kit to keep, what would they be and why?

My laptop, my headphones, and my midi controller. Because at the end of the day, though I love working with the other gear in my studio, it is all I really need to write music. I love technology.

9. How’s life in Victoria, British Columbia having moved back there and how does it compare to life in Ecuador?

It’s been a crazy year, moving my young family to another continent, but I knew after I left, that when I returned to Canada that I wanted to be on the west coast, and after 5 years of living in the tropics, Victoria was as tropical as it was going to get here. I am happy to be back in the first world, but miss some things about living in South America. Ecuador will always have a part of my heart, and it is where my son was born, so I will be forever connected there. But this is where I need to be, and I am extremely grateful to have been able to have returned to such a cool part of the country.

10. What can we expect from James Teej beyond this ‘Solder Solder’ release on Sagmen?

Well I am finally launching my own label, called “Sleeping Language”, and will be releasing a variety of music on it. Some house, techno, hiphop, folk… going to be keeping things super fun and diverse, just like my taste in music. I will be releasing my third studio album (entitled Genesis) on the label this year. I’ve been working on this album for nearly 6 years, and it has really come together. The writing has been done on 3 continents, and it is a full concept album, all electronica, purely meant for listening, and is something I have wanted to do my whole career. I am hoping to have the first single and remix of my song “Genesis”, an amazing collaboration with Alampa, this summer, with the album dropping in Sept/Oct. 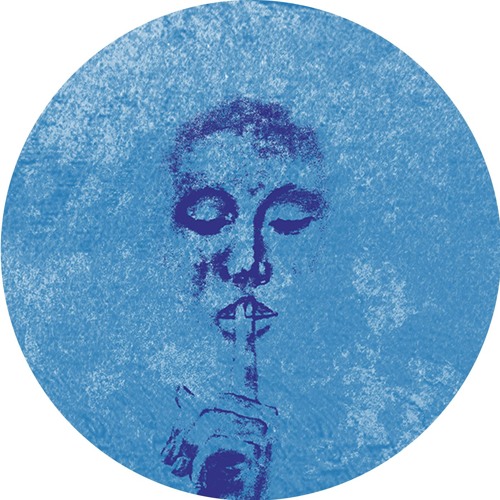