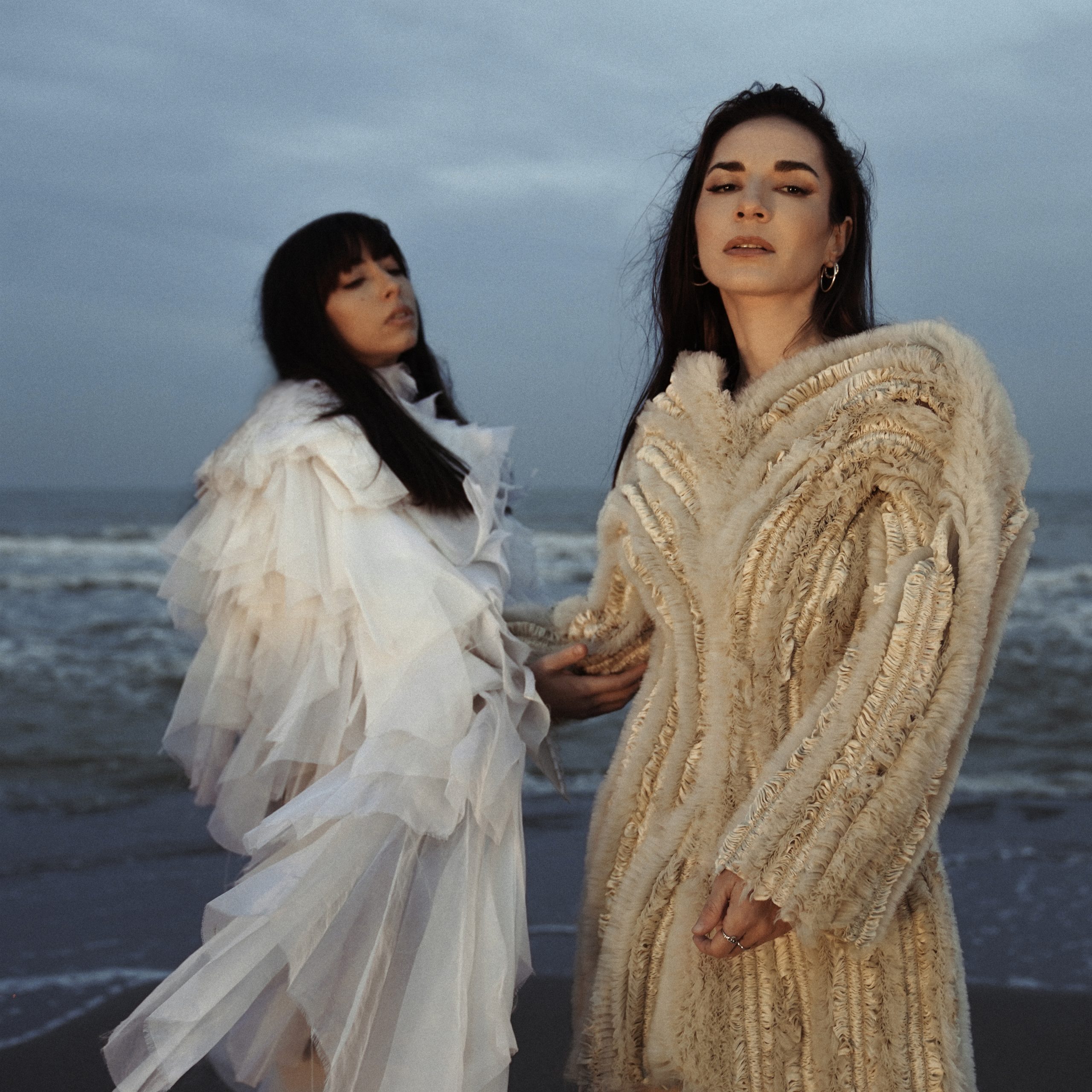 Italian multi instrumentalists, singer/songwriters, DJs and label owner duo Giolì and Assia release the new single and video for “Eurydice” from their forthcoming third studio album, ‘Fire, Hell and Holy Water,’ due out on September 9th via Ultra Records.

Following the release of recent singles “Fire Hell and Holy Water,” “Silence,” “I’ll Be Fine,” and “Playing Chess,” “Eurydice” brings us closer to Giolì and Assia’s highly anticipated LP release. Through enchanting melodies and imaginative lyricism, “Eurydice” details the tragic love story of mythological Greek characters Orpheus and Eurydice. A delicate addition to their collection of intricate originals, “Eurydice” beautifully pairs Assia’s ethereal vocals and Giolì’s dynamic percussion. Captivating from start to finish, “Eurydice” is a true testament to their talents both as songwriters and storytellers.

“‘Eurydice” is undoubtedly the pillar that gives life to the whole concept of the album ‘Fire, Hell and Holy Water;’ where “hell” is a metaphor for depression, The escape from hell to the land of the living represents the journey and the fight against that depression,” Giolì and Assia describe. “The song is written as if it were Orpheus speaking, and apologizing for turning around and causing Eurydice’s death. Orpheus was willing to walk into the underworld; to burn his skin [in hell] and sing to the Gods, in the name of his love for Eurydice. Musically, the song differs from the genre of other tracks on the album. Here, the sound is sweeter; more melodic and romantic, and intertwines perfectly with the sweetness of the lyrics,” they added.

Alongside the single release, Giolì & Assia have unveiled a new music video for “Eurydice”, which sees the girls performing the track on a beach illuminated by the moonlight. Their first video available in Sony immersive audio on YouTube, the music video is a refreshing addition to their catalogue, which includes their boundary-pushing video series “#DiesisLive”. The videos have been a cornerstone of development and creative expression for Giolì & Assia as artists, carving out their own aesthetic niche and garnering the band millions of views for each production from across the globe. Started in April 2019, the high-octane productions invite viewers to watch intimate Giolì & Assia live performances filmed in remote and jaw dropping locations. These have included a volcano in the Aeolian Islands, the Andromeda Theater in the Province of Agrigento, Isola Delle Femmine in the duo’s hometown of Palermo, the breathtaking Fjallsarlon Glacier Lagoon in Iceland, and most recently the Krysviksberg Cliffs in Iceland.