Giangi Cappai is the creator and producer of the Alma Matris project which established him as a renowned player within the tribal house music world. With a background in production, sound engineering and DJing, Cappai’s accolades have landed him spots in the world wide charts, as well as a long-term residency at the Rapido party at Paradiso, Amsterdam.

Hi great to speak with you Giangi, how are you today?

Hi, it’s my pleasure, so thanks to you! I’m having a great day!

I discovered an analog synthesizer hiding in a small room of the school, and it was love at the first sight

Going back to the start of your musical career with tracks under your alias ‘Alma Matris’. Could you tell us a bit about your musical background and upbringing before getting into electronic music?

Sure! Well.. believe it or not, I started my musical journey as an organist in churches, encouraged by my beloved mother, who enrolled me in a music school at the age of 5. Just a couple of years later, I discovered an analog synthesizer hiding in a small room of the school, and it was love at the first sight. I made a deal with my mum to continue studying music, adding a classic piano course, in exchange for a synthesizer, and now, here I am!

We read in an interview from 2004 that you started producing in ‘96 and were also making hits by ‘97. How difficult was it making electronic music production before technology blew up? And how does it differ from today?

It was not so easy ‘cause the huge amount of gear to manage, like keyboards, tons of cables, mixers, speakers, tape recorders, and more! It took a great patience and passion to not get discouraged and give up.

Nowadays access to proper tools and gear is faster, and obviously this helps a lot, but it doesn’t necessarily means that everything is easier, maybe you can see less cables and more laptops and screens in a studio, but in my opinion, the juice is the same.. without hard work and passion, you can’t go so far.

I have been “proudly” sampled a lot, sometimes (more times) without clearance or mention, but it’s fine, I still believe in the recognisable producer touch!

With such a varied career from remixing A list artists, producing, sound engineering, Djing and also running labels. Could you go into a bit of detail on some of your personal highlights?

Alma Matris project is for sure a real milestone in my career, songs of that project are still in a lot of DJ bags, and I have been “proudly” sampled a lot, sometimes (more times) without clearance or mention, but it’s fine, I still believe in the recognisable producer touch!

Also to see my name close to legends like Afrika Bambaata, or the special “4 hands” official remix for Madonna done with the talented Miami based Dj Tracy Young. These were personal goals, meaning that I cut a good deal getting my synthesizer when I was young!

But I admit that I consider another thing to be privilege shining in my life. The Chicago House Music icon Ralphi Rosario, who inspired my career, has now become a personal friend! We made records together and he declares to be fan of my work! This makes me so proud, specially if I go back in the days remembering how fascinated I was from his four on the floor kick drum house grooves!

You’re the proud owner of OGU Records. Would you tell us a bit more about the ethos of the label, and the type of sounds you push for anyone who may not be aware? How does it differ to your other imprint Motibus?

OGU Records comes following my dream to get a dedicated label to deep and intense electronica surrounded by driving beats, but always trying to avoid the “wash machine” effect that some times I can feel in a lot of “techy mood” tracks.

The more I go back to my discography, the more I’m into the idea that OGU is a natural evolution of my music style, in short words Electronica and Melodies, and I will try to push and let shine this concept, giving of course access and opportunity to producers ready to swim in the same sea.

Electronica is a constant in my life, but melodic parts are always in. It would seem that I am following a current mood, since you often can hear words like “melodic techno” or something like that.. but, once again, looking back at my previous works, you will understand what I mean. Motibus is a bit different, is a real music bouquet that I kept eclectic and wide open to genres like ambient, downtempo, a bit of funky and electronica again, of course with a soul feeling. Motibus will stay open to the soul, and OGU will push high quality music for the dance floor, at least this is my idea!

The entire release is in memory of a close friend, and this is another reason why I got a kind of arrangement that can also be played by an orchestra

A couple weeks ago you dropped your ‘Emme’ EP on OGU featuring two euphoric cuts. Could you discuss your creative approach in the studio for this EP?

For this EP, I tried an orchestral approach, so each part has been written first thinking about the music and then every sound has been matched.

“Emme” contains a rich part of string arrangements, affected from my “classical” background, is also in a short but ethereal real piano riff, all filled with a lot of audio reverse techniques. Bass line is managed with a TB303, and all the drum set is built mixing different TR serie drum kits.

“Only Smiles” has more of a driving style, the main bass line has been made with a glorious gummy Juno bass patch, layered and proper dynamically treated. The main riff is a nice game between the great Wave Element plug-in, and again a TB 303, and for the drums, TR kit sets.. again!

The entire release is in memory of a close friend, and this is another reason why I got a kind of arrangement that can also be played by an orchestra, or by a single piano, going out of pure club concept schemes as well.

You’re a man who has spent many years refining your trade as a musician. Currently, what are your essential bits of studio gear, and how has your kit evolved over the years?

Today my studio looks more clean, and the constant risk to tripping over some cable is lower, but my workflow hasn’t changed so much over the years. My preferred DAWs are Logic X and sometimes Pro Tools. I have various audio interfaces, some external sound processor like TL Audio valve, which always on during vocals or real instruments recording sessions, or during the mixdown process. Also, I recreated “In the box” my own production/mixing chain concept, so at the end I have an hybrid custom set up, with still a lot of analog drops on everything I work for.

Where have been your favourite clubs you’ve performed at and what made them so special?

Rapido at Paradiso in Amsterdam is for sure one of my preferred and longest club residency, and the name comes from a song of my Alma Matris saga. It’s a day time party starting at 3 pm on Sunday, and I can proudly say that I have been one of the DJs that managed to delete the old Dutch habit to leave the club earlier than the last song to avoid queue at coat check.. he he… so we went quickly from 10 pm to 2 am as closing party dead line, with a full crowd!

One night in Sao Paolo’s “sambodromo”, in Brazil, was epic! I had to deal by myself with the local police kindly asking me, without any kind of violence, to stop the music while thousands of people were dancing under late morning lights, as we were so beyond the scheduled closing time.
An unexpected appearance in one of Glitterbox parties at HI Ibiza, with Barbara Tucker singing her classics song, re-grooved and re-mastered by me just a couple of hours before, the same afternoon, was very funny.

I can also remember the “Cameo” manager in Miami, disconnecting the power of the sound system, because it was too late, people didn’t want to end and leave the club, but he did not want to get a big fine!

What else can we expect from yourself and OGU Records in the near future?

Well, after a lot of single releases, I’m now finally working on my first artist solo studio album, and as ready, I’d like to make a world tour happen to spread Giangi and OGU music concept. Also, I started to teach Sound Engineering and Music Production, so I’m I am trying to meet and approach the more young talents I can, and introduce them to the real club culture, ‘cause I still believe we are making the world dancing, building memories in a melting pot of cultures!

Is there anything else you would like to tell us?

Yes, thanks! Well, I don’t want to end this lovely chat forcedly serious, but, I can feel coming back all over the world a, let’s say, “little” strange wave of intolerance about races, and more.

I’m just a musician and I hope a dreams designer, while i’m DJing, so, as the club scene Thanks God is indisputably far from this stupid thing, I want to say again Thank You to the gay community all over the world, who embraced me, supported me since the start, and inspired me a lot.

Thank you again for having me speaking with you, and for the intense and lovely talk we had! 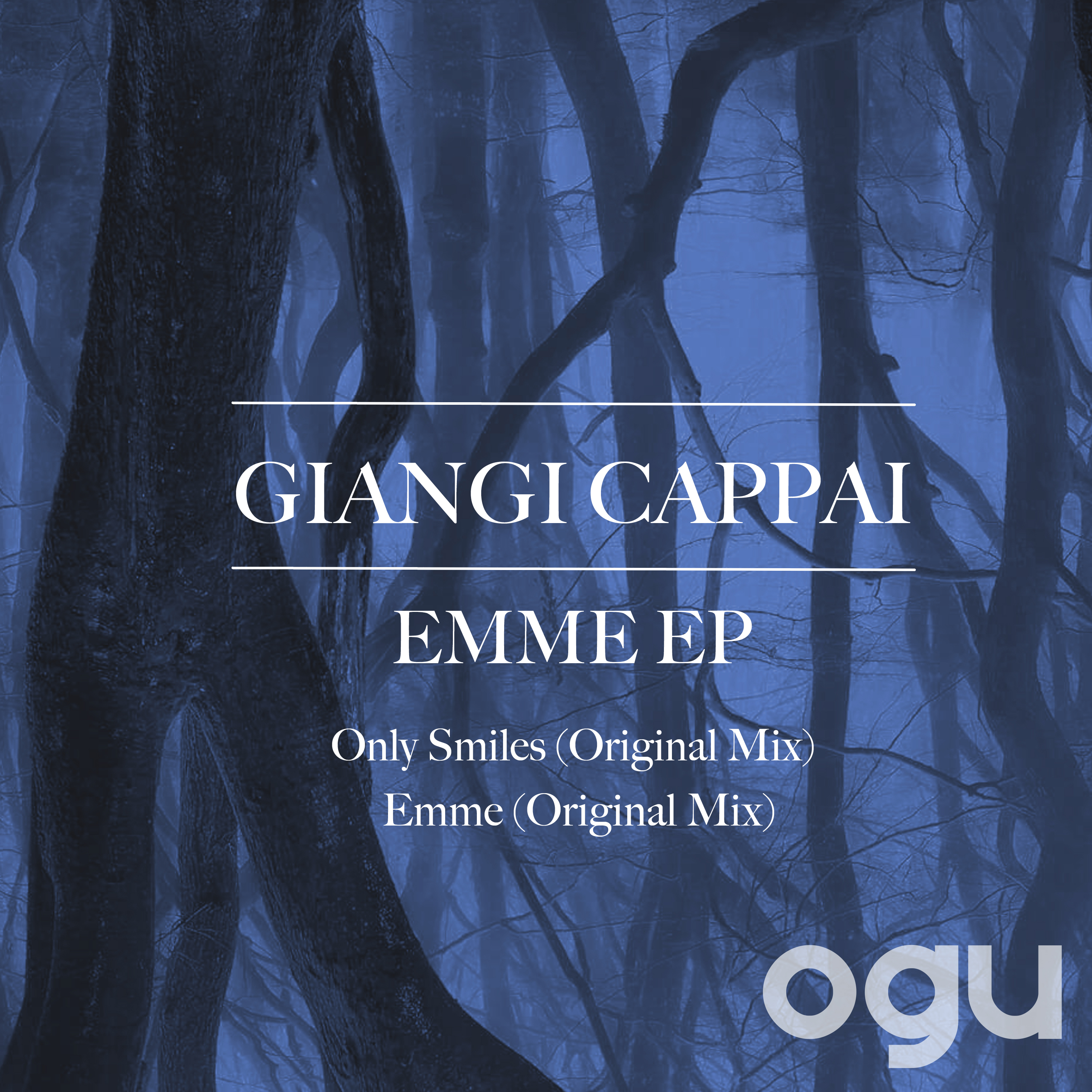