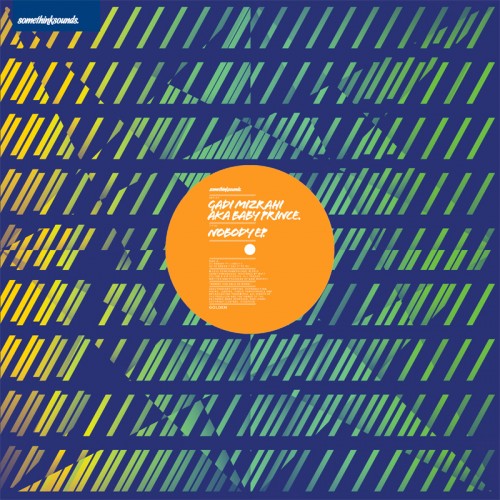 [Release] As one half of the world famous duo Wolf + Lamb, Gadi Mizrahi is no stranger to quality music. With plenty of releases under the W + L name, an established label under the same moniker, and an artist roster containing a veritable who’s who of underground names, Mizrahi has no need to prove his talent and abilities. This may be the very reason that he decides to step away from the Wolf + Lamb name, both as artist and as a label, for the long awaited release of his solo material. Coming out on boutique label Somethinksounds and, under his alias Baby Prince, Nobody showcases Mizrahi’s own eclectic take on the particular sound he’s come to be known for.

The record starts off with “Nobody,” a track co-produced by Lonely C of Soul Clap. C’s influence in the production is evident as his signature E-Funk sound shines through almost immediately. Spacey, drawn out synths blanket the overall production while a distorted bass line, raw drums and “skittering cosmic beams” all keep the song rolling.

B-side, “He Doesn’t Say It to Me,” is a much more stripped back, darkly soothing production. Keeping one finger on a synth chord throughout the whole track, Mizrahi creates a haunting ambiance using a pounding bass line and “dissonant” fx. Matched with a ghostly, repetitive vocal sample, “Say It to Me” is one for the after-after hours.

For the first of two remixes, Miguel Campbell takes on “Nobody.” Slowing down the tempo, Campbell takes that French-tinged disco house he perfected on his track “Something Special,” adds a beautiful bouncing bass line, and throws it all behind the original’s vocals, making a perfect dance floor bomb.

Lucky Paul gets much more expansive for his interpretation of “Nobody.” Lush soundscapes engulf tribal drumming and tropical sounds. Paul’s take on the track transports the listener to a far away jungle and is absolutely enjoyable through a pair of earphones.

As an added bonus for those who purchase digitally, Lonely C and Baby Prince’s take on Lucky Paul’s track, “Demon Spawn,” is also included.

Nobody is a fun, wonderfully crafted EP exploring the sounds unique to Mizrahi. It’s always exciting to hear what one single element of a group is capable of, and while many times it doesn’t live up to expectations, Nobody surely has.