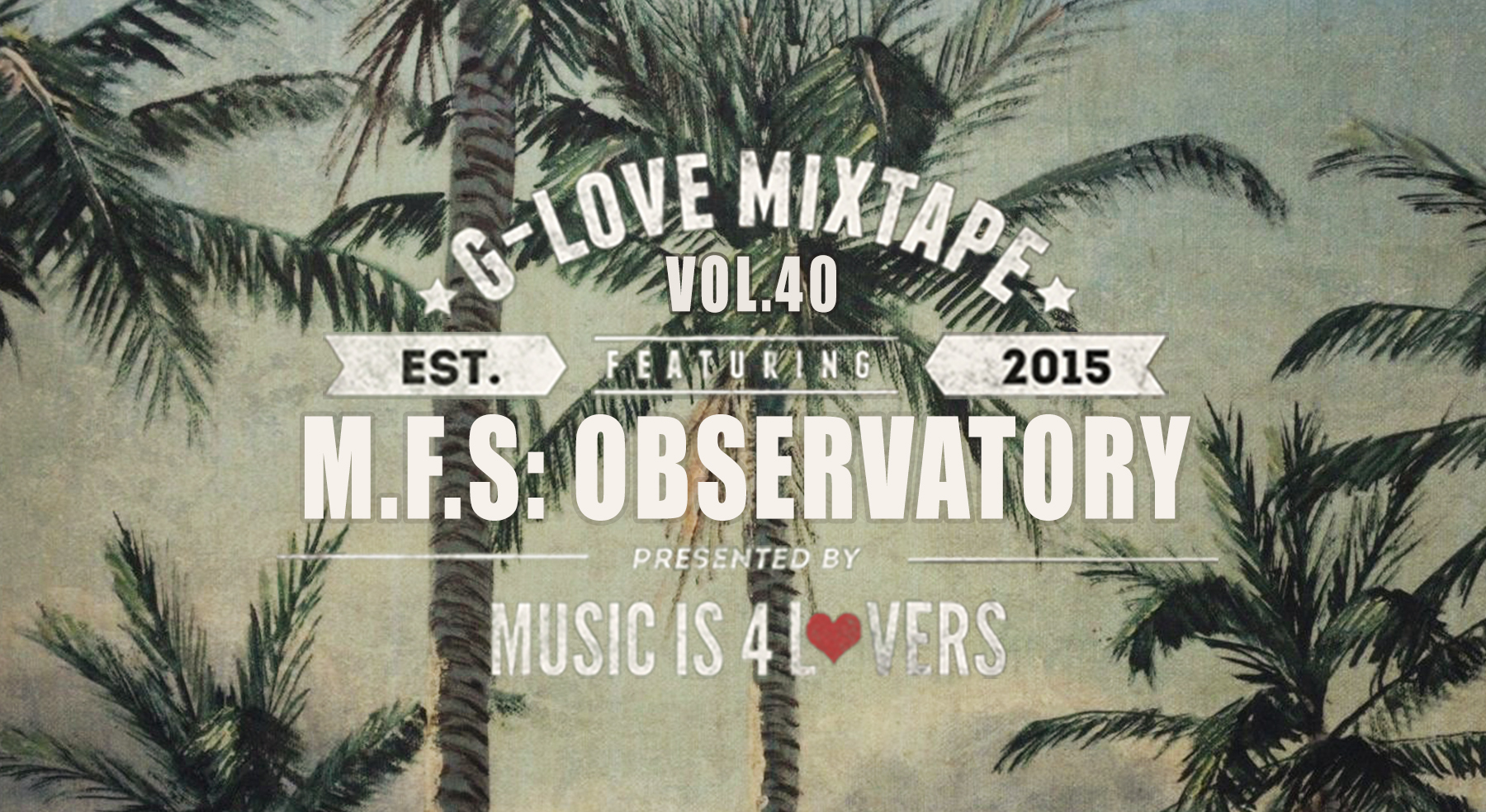 Next up on our infamous G-Love Mixtape series is the Italian duo M.F.S: Observatory.

The boys from Naples have been steadily carving out a name for themselves with releases on imprints such as Observatory Music, Deeperfect, Little Helpers, AlphaHouse, Flashmob Records ,W&O Street tracks, IVAV Recording, Roush Label and Keno Records.

In 2016 the duo kicked off their own, appropriately­ named Observatory Music imprint, a label that’s played host to some of their finest releases to date. The home for their letter series (whereby the boys release an EP dedicated to each letter of the alphabet), it’s seen them release a staggering amount of expertly ­curated EPs, with a range of esteemed names throwing their support behind each release.

From London to Amsterdam to their native Naples, M.F.S: Observatory have brought their sound to some of Europe’s most respected clubs and parties, with 2019 promising much more of the same as they continue to release music at a dizzyingly consistent and impressive pace. Watch out for their name on a flyer near you soon.