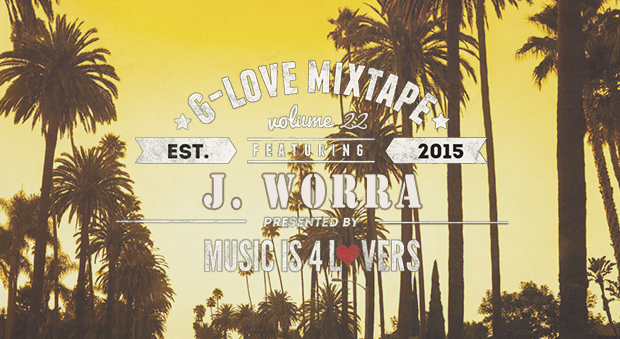 You can catch J. Worra’s original tunes on labels like Perfect Driver, Sleazy G, Sweat It Out!, and Audiophile XXL.

Learn more about J. Worra in the interview below. Enjoy!

Who inspires you?
That is a long list! I pull from so many different people for different reasons but I would say that I have always been inspired by Chris Lake, his uniqueness, his career evolution, and of course his music. I listen to a lot of Green Velvet/Relief music too. There are also a handful of female artists like Hannah Wants, Annie Mac, and Mija. I have a ton of respect for them and love the paths they have paved for other women.

What is the hottest track in your arsenal?
I have been playing out an unreleased track of mine called ‘This Is That’ and the reaction has been awesome, I’ve put it in this mix too!

Where do you dream about Djing?
I have always wanted to play Movement in Detroit and also Bestival: basically anywhere in the UK! I have only played 1 gig outside of the US and that was way back in 2013 so I am so anxious to get to that point.

Why did you get into house music?
Being from Chicago, house music was basically the first thing I learned and understood. I have always been drawn to the level of weirdness it can have. My music taste has also evolved too, I liked a lot of really melodic house when I first go into it and now I like anything that is really out there, weird, and/or different.

What do you think is the #1 hip-hop album, or any album outside of dance music?
Chance The Rapper Coloring Book, probably because I have such a soft spot for him as an artist in general.

If you could get in the studio with any producer, dead or alive, who would it be?
Probably Q-Tip from a Tribe Called Quest or The Beastie Boys: both were so different and genre benders

How do you make all them hot tracks?
Haha… GRINDING 24/7! It is also easy to make music when you truly love it!