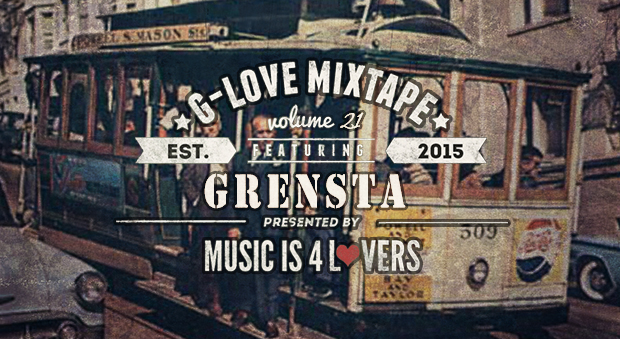 2016 has been huge for Dj and Producer Grensta. With a style so sweet and merged between Heavy Bass, Booty Bass, Tech House, and Soulful sounds, he has definitely been in demand and rocking dance floors through out the year. With nothing but heavy hitter releases on labels such as Sleazy G and Perfect Driver, it doesn’t look like Grensta will be slowing down anytime soon. He is a perfect example of what hard work and determination can get you and we can’t wait to hear what his future sound holds!

*Click Here if you do not see SoundCloud player.

How did you get into the world of electronic music, what or who have been your inspirations?
When I first got an iPod I was determined to fill it with as much music as I could. The days of Limewire & Frostwire helped me stumble upon Oceanlab & what not. Digging around on Youtube, record stores, and being involved with KCSC student radio when going to school in Chico helped shaped where I am today with my musical tastes.

Tell me about your first gig?
My first gig was a shit show of a party at a Chico State frat house. My buddies owned the house and it was one of the only frat houses that allowed drinking in it. It was probably a train wreck of a set. Who knows, I was drunk, it was Chico.

How did you get into producing?
I realized that to make it anywhere in this game you needed to write your own music. I was super fortunate to take private lessons for Ableton in my town for cheap and that helped lay the groundwork for teaching myself how to write music.

Any upcoming or recent releases we should know about?
Yes! I have a two track EP called “I.C.U” which is due out on Nite Records December 6th. I’m really excited that it already has support from Shiba San, J Philip, Vanilla Ace, Treasure Fingers, Golf Clap, Sinden, Tim Baresko, Thee Cool Cats & a bunch more. I also have a collaboration track with J.Worra called “Phases” coming out on Perfect Driver on December 9th. I’ve been waiting for awhile to see that one come out, so I’m very stoked. Also, I have a track coming out on Sleazy G’s Ghetto Series compilation the following week. December will be very busy for me!

What are your pre-gig or studio session rituals?
I watch “Against the Clock” on Youtube by Fact Magazine. That really inspires me to stand up, put on a timer on my cell phone and just jam out and see where that short session takes me. I have hardware in my studio and that allows me to work outside of the box while the computer is tracking my session in Ableton. Sometimes I come up with really cool ideas. If I like the idea I sit down, dig in, and hopefully find myself rounding out a finished project.

Hottest track in your playlist?
That’s a tough one. I have to say this collab track with my buddy Jai Biotic has been the new secret weapon. I threw it in the mix, its a nasty bass tune!