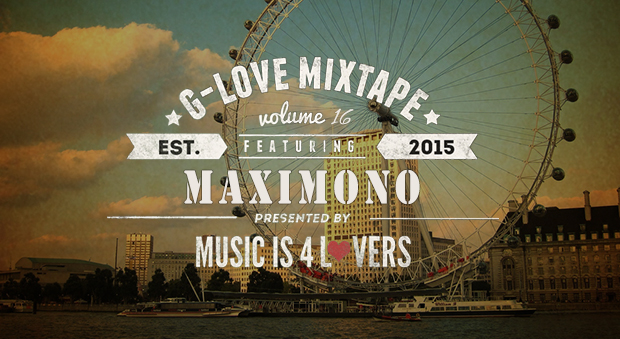 Fresh from their EDC debut, the British/German duo MAXIMONO have laced us with an exclusive mix, ready for your eardrums!

The two boys have had an incredibly busy and successful past 12 months. From running one of the best up-and-coming labels in the underground house scene, This Ain’t Bristol, to signing hit records to Dirtybird and CUFF, it seems as though MAXIMONO are not slowing down at all. The duo’s sound is characterized by distinct grooves and bass lines, which pull influence from bass music, hip hop, jungle, trap and even oriental beats. Make sure to keep an eye on these two, as they are sure to finish off 2016 with a bang!

* CLICK HERE if you do not see Soundcloud player.

Who inspires you?
Our inspiration comes from everywhere, our daily lives basically. It’s not necessarily a special artist. We’re inspired by movies, landscapes, friends and of course other music as well. For example that old school gang movie „The Warriors“ inspired us a lot. Music wise both of us coming from a bass music background, we’ve both done Drum&Bass for quite a long time. I was running a Drum&Bass label until last year and Nick is still active as one half of Loadstar, signed to Andy C`s RAM Records. So i guess this is a big inspiration for us which we can’t hide in our productions. When we started writing our own definition of house music, we didn’t know anything about other artists or labels, we just played around and had fun in the studio at 123bpm. So the „Don’t Give A Fuck Style“ attitude kinda leads us through this project.

What is the hottest track in your arsenal?
That’s a tough one as it always depends on the situation and setting where we play. Kyle Watson’s „Rhinoceros“ is killing it at the moment. And our track „ ‚83“ always gets great reactions when we drop it. But there’s too much hot music around, it’s really hard to say.

Where do you dream about playing?
One big dream just came true when we played EDC Las Vegas. We couldn’t believe when our US agent Chad told us about the offer. It was by far the biggest thing we did so far. Apart from that we’d love to play the Dirtybird Campout as thats pretty much where it all happened for us with Dirtybird without even being there. Justin dropped the „Don’t Give A Fuck Style“ track last year and overnight it pretty much all came together. So we’d be super stoked to be booked there. And again there’s so many exciting places on the planet which we can’t wait to play, f.e. Australia and New Zealand, or Brazil.

When is your next release dropping?
Our next EP is dropping July 7th on CUFF. It’s the „´83„ including three tracks in total. As i said above the feedback we were getting for that track has been probably the strongest we ever had so we’re super excited to have this one dropping in a couple of days.

Favorite all time Hip-Hop song or album?
Must be “Regulate“ by Warren G. But again hard to say. Hip Hop probably is our second big musical inspiration and there are so many great songs and albums.

You can collab with one producer from the past 30 years, who do you choose?
Michael Jackson!

How do you make all them hot tracks?!
We’re just having fun without limiting us to any genres boundaries. Thats a reason why we won’t let anyone put us in a genre pigeonhole. Some labels are struggling with it a bit, but thats what we love most about it. We’re doing our own definition of house music. Technically we work in two studios as we don’t live in the same city (Nick lives in London UK and i live in Hannover Germany). We get together for 3-4 days studio sessions every few months and vibe out all the ideas. After that we’ll finish the tacks in our own studios sending projects back and forth. It’s a very inspiring way which works great for us. But the „magic” only happens when we get in the studio together physically.