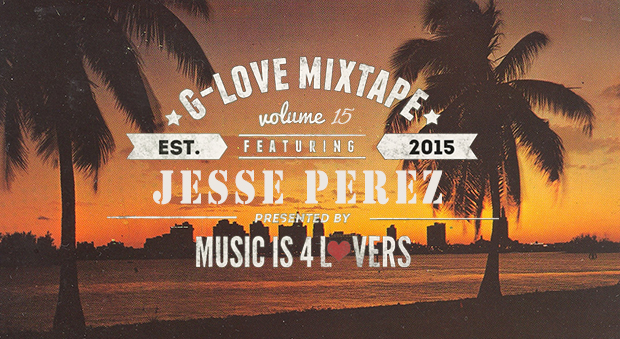 It doesn’t get much more G than with the Mr. Nice Guy Records bossman and Miami turntablism stud, Jesse Perez.

Fresh off his tremendous Cell Phones EP featuring Egyptian Lover on Bpitch Control, Jesse shows us why he is one of the hardest hustlers in the game. Over the past decade he’s released on Hot Creations, I’m A House Gangster, and of course his own label Mr. Nice Guy Records; and Jesse’s latest single What You Say Bout My Momma is out now on Edible.

We’ve been after Jesse Perez for a hot min to get a mix and that day is finally here! While you listen to his jams be sure to read the interview below to learn a bit more about Jesse.

Who inspires you?
My family. I love making music on a Sunday when my son is running around the house and there’s a lot of noise being made. Funny how that works, I use to think I needed silence.

What is the hottest track in your arsenal?
Sex Sells – ‘Ain’t No Wifey’

Where do you dream about Djing?
In a private, darkroom only lit by candles and the green level lights coming off the mixer (not redlining, because that’s amateur shit). The audience is made up of only the Kardashian sisters and they’re all bent over, twerking, waiting for me to plow them…

When is your next release?
I just dropped 8 bombs in the last 6 weeks.

Not rushing to release anything till after the summer.

Why did you get into house music?
Well I thought it was cool at the time that DJs / Producers would make their own tracks and release them independently. Where as with Hip Hop the producer isn’t the artist, so you would produce tracks for someone else who would then put their vocals over the track and then you would need to pray that this artist was not only skillful but also getting exposure from a major label.

So I started working at a record store in the early 2000’s in Miami before the digital era forced it to close. I wanted to have a record on the wall so bad! I looked up to a lot of the guys at the time that were making their OWN records and releasing them independently. It was real then, I thought that was cool.

How do you make all them hot tracks?!
By not using a ghostwriter.