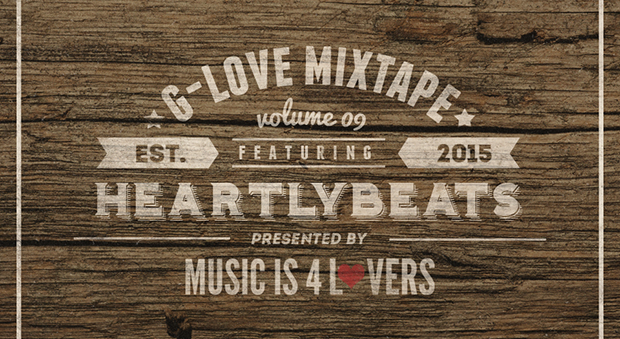 The boys over at HeartlyBeats have laced us with this month’s episode of our infamous G-Love Mix Series, and it is FIRE. The Belgian producing duo are also the label heads for the one of the fastest rising (and one of our favorite) labels in the G-House/Nudisco game, House of Hustle. The boys not only mange their own label, but also recently released a remix for French producer Tim Baresko, on the coveted Audio Rehab (UK) imprint. Enough with the small talk, let’s get to it and do the damn thing. Press play and get ready to ride.

Who inspires you?
Well, there is a lot of great artists that influenced us but we would say that Kolombo is still a great reference for us because he has always been trying to find a new sound. Also the fact that he is coming from the same town as us and that we are quite close to him and we know he is still such a nice guy despite his great success. But in terms of production, Will Clarke is probably one of our favorite artists these days and got a special style we really dig.

What is the hottest track in your arsenal?
We are in love with Detlef remix of “One Of Us” , we just play it every time! The synth coming on top is getting the crowd as much crazy as us. There is also the last tune from our friend Tim Baresko, don’t think it’s even signed yet but the vocal & the bass are dope!

Where do you dream about playing?
We’d say Warung beach club, we heard about it from Kolombo and he is always telling it’s his favorite place so far because when the sun comes up at the early morning, it’s rays fill the place and people go nuts!

When is your next release dropping?
We just got 2 remixes out on Monotonik & Audio Rehab & one EP on Plus Recordings in the past two weeks but our next release is a remix we did for our label House Of Hustle. It’s a really banging one with a big sub, we already tried it at our gigs and it sounded great so we are excited to see how the release will go.

Why you so G?
Well, we don’t really feel we are that “G”. But if G would mean something, we think it should be about the way we collaborate with a lot of people on a lot of projects. So yeah we are G cause we are part of sort of artists community, a “gang” then.

How do you make all them hot tracks?!
For us there is no exact recipe but what we always first do is trying to find the groove, that thing that got you shaking your head and your ass. Production wise, It’s all about the balance, you can have the best elements ever but you have to gave each of them their own right space to get your track to the next level. It’s also about gathering influences and creating something new out of them.