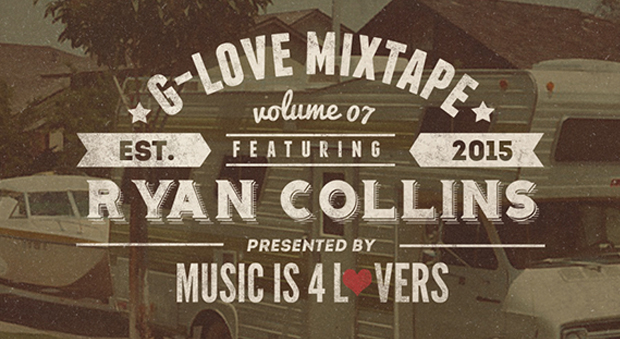 Southern born, Denver raised, Ryan Collins has now been flourishing in LA. In just a short year Ryan has been able to create heavy waves in the g-house game–gaining the respect and support from big dogs in the underground scene: Shiba San, AC Slater and JAUZ to name a few; and DJing the main stage at LA’s mega party HARD.

With tracks on Perfect Driver, Sleazy Deep’s off-shoot imprint Sleazy G, and a hot remix for Dear Deer, this cat is someone to keep an eye on! For now, sit back, roll the windows down, turn up the Alpine and bump this mix while you stunt through the set.

Who inspires you?
I pull a lot of influence from hip-hop, old stuff and new stuff. Wu Tang Clan will always be number one for me, but recently I have been getting into this guy Quentin Miller (Drake’s supposed ghost writer) and his crew WDNG CRSHRS–they are killing it right now. I love the whole live techno scene and I draw a lot of inspiration from artists like Âme, Karenn and Recondite.

What is the hottest track in your arsenal?
Whistle – Clyde P and Stage Rockers

Where do you dream about playing?
Beta Nightclub in Denver. I grew up sneaking in with a fake ID. It’s home to me. It’s always been my dream to play there one day.

When is your next release dropping?
Two releases coming this week, both with my homie Bijou: one on Sleazy G called ‘Get Money’ out 8/24 and a remix of ‘Don’t Kill My Vibe’ that we did for our friends Thee Cool Cats out on Dear Deer 8/28. In September we have one coming on House of Hustle and a few more tracks that we have to keep on the DL for now.

Why you so G?
#HUSTLEGANG is a way of life. Can’t stop won’t stop.

How do you make all them hot tracks?!
I process everything in parallel: distortion, reverb, everything. It is a concept that once I understood it totally changed the game for me.