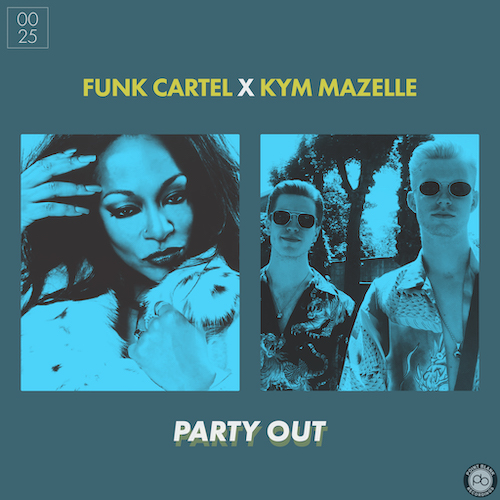 London-based House music duo Funk Cartel continue their rise to the top with the deep and anthemic Party Out featuring “The First Lady of House Music”, Kym Mazelle, out now on Point Blank Recordings.

Following their huge hit Supernatural with another house legend Ultra Naté, Party Out sees Funk Cartel team up with Kym Mazelle, to deliver a feel-good track which is certain to explode on dancefloors and really get the party started! Kym Mazelle’s sultry vocal works perfectly alongside Funk Cartel’s hypnotic beats and addictive hi-hats.

Funk Cartel said: “Kym Mazelle is a true legend having been there from the start of House music and working with her vocal was a real honour for us. We met with Kym, and she shared her stories back from when the genre was being formed. We took inspiration from this and so wanted the record to take influence from that classic House sound. It’s upbeat and feel good carrying over the vibe from Supernatural (with Ultra Naté) nicely.”