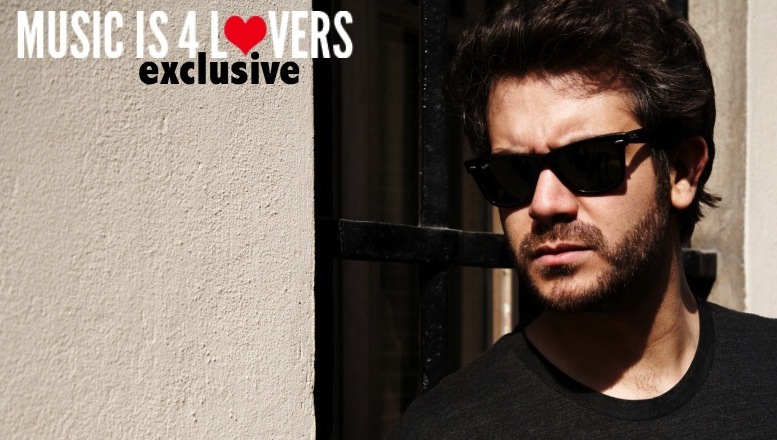 Seuil‘s productions display a huge range of musical talent. His sound is raw, yet diverse, and his open minded intuition when it comes to music allows him to push the envelop with sound. This prolific French producer and DJ runs two labels, Eklo and Hold Youth (with friend Le Loup), and holds residency at the infamous Half Baked parties in London. Half Baked has recently spawned up a vinyl-only label, and Seuil is on A1 of their first release. If you’re in Miami this week for WMC, make sure to catch Seuil and a slew of other incredible artists at the Half Baked/Gipsy Agency party on Sunday, March 24th. The event runs all day, is free, and boasts one of the best talent line ups I’ve seen…possibly ever. Petre Inspirescu, Radioslave, Seuil, D’Julz, Mike Shannon, Fred P, Roustam, Adam Shelton, Julian Perez, Special Case, Arram Mantana, Tripmastaz, Goshva, Ivan Bryuler, cancelled, Grad, Mr Morek, Mike Spirit and more.

Now, on to the good stuff — our little chat with Seuil about dOP, running labels, and Reunion Island.

Your sound is insanely raw and dark but musically crisp and edgy. Coming from Reunion Island, how did life there inform your musical tastes and influences now? Anything in particular you remember listening to as child that stuck with you?

I can say raw for sure, as I try to use the typical hardware stuff for house and techno, but I tweak it to get my own sound (the things I’m inspired by).

Dark too, but not always, sometimes maybe not super happy but not dark too, somewhere in between.

The music from Reunion Island is mostly Maloya, the music from the slaves — it’s full of percussion and vocals. I get my sound from my roots, I love rhythm in general more than melodies or anything else. My main thing is to work on the rhythm until it’s perfect, with lots of details and give it groove or swing. I rarely make obvious melodies; I like it subtle. But, I can say that the biggest influences to my music is when I discovered, at the begining of 2000, all the Perlon stuff, and after that things from Cabanne, Villalobos, Baby Ford and Daniel Bell. It was a revolution – this micro house – it was connected to the U.S. house I used to love, but it was modern and futuristic, something really exciting. This second influence came after my move from Reunion Island to Paris, so it was great to discover this “new life.”

A DJ of friend of mine plays your records out all the time and, without fail, whenever I asked him “Whose record is this?!” It’d always either be you or dOP or both together. Ha. I absolutely love your collaborative work with dOP. New York, Don’t Trust….! What was the creative process like with them? Can we expect more work together in the future?

Thanks for the words, glad you like the music done.

So, yes, I really like to collaborate with close friends or artists I have met through the scene. I used to play the piano for years and I was playing the bass sometimes with a band when I was a teenager. When you’re working alone in the studio sometimes you can feel alone, and it’s cool to team up with someone who has the same taste in music, or not

But yes, with dOP, the collaboration was important. It taught me so many things — making electronic music with real musicians.

Now that dOP are in Berlin it’s not so easy to produce together, but I’m still working with Jaw (the singer) on some new projects. I’m sure we will have some time soon for a new collaboration, as I’m working on my album for Circus Company right now.

What are you looking forward to at WMC this year? We’re excited about the Half Baked / Gipsy Music party…that line up looks beyond steller. Will you be testing out any new tracks at that party?

I’m really happy to be there with a lot of people from the Lola ED agency team. I’m looking forward to the Half Baked / Gipsy Music party of course, the line up is great! But also the Supplement Facts party at the Delano Hotel where I’m gonna play back to back with my buddy Dyed Soundorom. Yes, sure, lots of new tracks from me and also the upcoming music on the labels – Eklo, and Hold Youth which i run with Le Loup.

How is it juggling life between all the labels you’re involved in? You just had Pap’ House off Hold Youth and now a track off of Half Baked (HB001, click to preview and purchase). How do you have enough time in the day to do anything but produce?!

Producing takes up a lot of my time and I have lots of other music upcoming on my own labels. I really like to produce, actually it’s my main thing. I love being in the studio and working on new grooves. But, I have a daughter to take care of too so it takes some organization to have moments for myself.

What’s next on the horizon for you? Anything you’d like readers to know about specifically?

More music to come on both my labels Eklo and Hold Youth. The next Eklo024 is from Vadim Svoboda, a new French artist on the label. Then I will have some stuff from me, a solo EP and then a collab with Professor Inc, another french producer. Plus, also to come, is an amazing EP from Cristi Cons.

On Hold Youth, the next one is Pap’ House EP from Le Loup and myself. It isn’t a collaboration, but two solo tracks each. Then, we have the veteran Jordan Fields adding to the catalogue for HY008. And if you’re in Paris, look out for the Hold Youth residency parties at Rex Club.

Finally, we have started work on a Hold Youth album, plus a live set project together, so lots of exciting stuff!

Keep up with Seuil and his labels, Hold Youth and Eklo, by following them on Facebook!