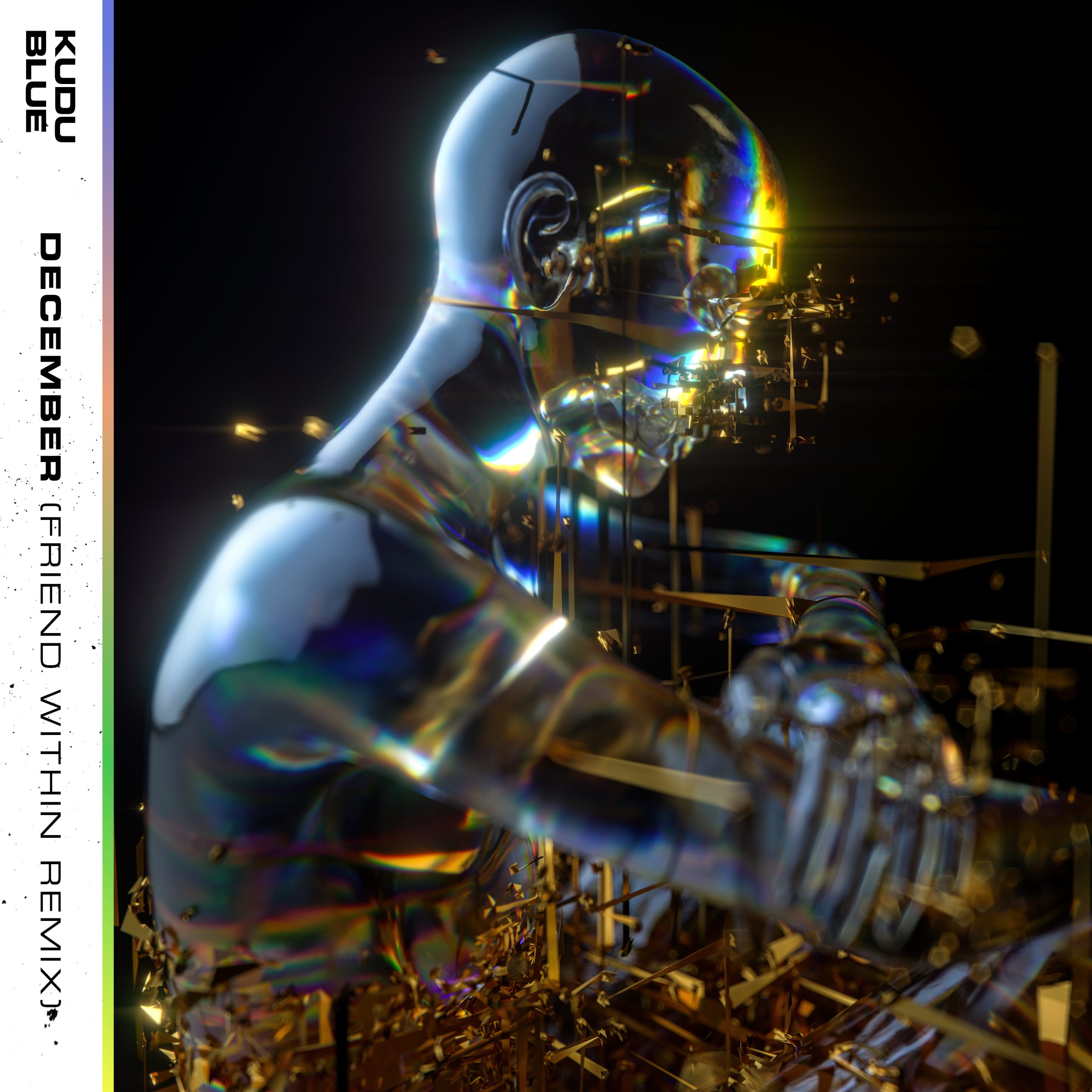 Accentuating the dancefloor credentials of the original, Friend Within delivers a pitched-up remix of ‘December’ that places a firmer emphasis on the euphoric bassline. Along with previous singles ‘Light On Me’ and ‘Fire’, the original of ‘December’ will appear on Kudu Blue’s upcoming EP KBVOL.4, due out 29th October. Additionally, the group recently joined forces with fellow Brightonian artist Kideko and US DJ and producer SNBRN on singles ‘Ready For My Love’ and ‘Echoes’ respectively.

With roots in Brighton, Birmingham and Bristol, Kudu Blue combine a wide melting pot of influences (from trip-hop to garage and rock to reggae) into their own brand of bright, textured and melody-driven dance-pop. Their previous releases have gained support from the likes of Huw Stephens on BBC Radio 1, Jamz Supernova on Radio 1Xtra, and Lauren Laverne on 6 Music, as well as securing a BBC Introducing ‘Track of the Week’ with single ‘Somebody To’.

With releases on some of the most respected labels in dance music (DFTD, Dirtybird, PETS, Hypercolour, Method Records), a BBC Radio 1 ‘Essential Mix’ under his belt and a wide range of support from the likes Pete Tong, MistaJam, Carl Cox and Annie Mac, Friend Within is what is known in the industry as a ‘producer’s producer’. He is best known for 2013 smash ‘The Renegade’, a single that has racked up 16 million Spotify streams to date, and earlier this year linked up with fellow dance music don A-Trak on single ‘Know Each Other’.

‘December’ receives the remix treatment from one of British dance music’s most respected production talents.