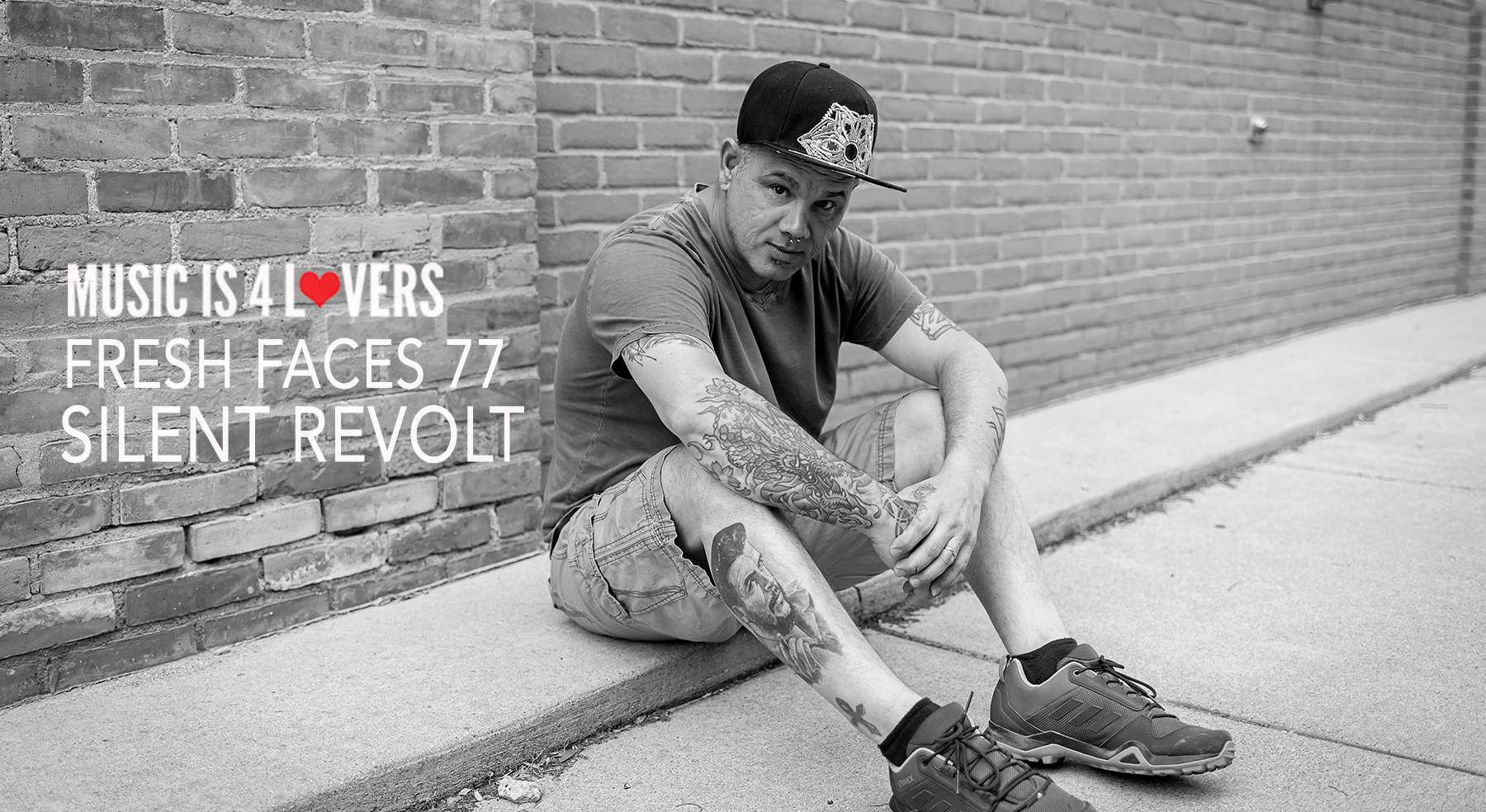 Next up on the Fresh Faces series is a hot mix from Silent Revolt!

Growing up in the 80’s Silent Revolt was Influenced by Miami’s eclectic music diversity. From Salsa to Merengue, Disco to Hip Hop, Electro to Freestyle, all sparked a love for music at an early age. He contributes it to the rich diverse culture in South Florida, the melting pot of South America. Breakdancing to graffiti, house parties to warehouse raves, flourished his love for the underground, experiencing what he considers “The Golden Age of Underground Music”. (Late 80’s-Early 90’s)

It wasn’t until he began collecting techno/house records in the early 90’s that his passion for electronic music took hold. Artists such as Sasha, Union Jack, Hardkiss Brothers, Future Sound of London, Young American Primitive were huge inspirations which helped shape his taste as a dj early on.

He secured many residencies in Miami, Miami Beach (South Beach), Ft. Lauderdale, and Tallahassee FL. He toured Florida on occasion and played alongside some the most prolific names in the industry during the many years at WMC (Miami).

After a 10 year hiatus to explore a different career path, Silent Revolt relocated to Detroit, Michigan. The inspiration of being in the Motor City, the birthplace of Techno, and attending the many underground events, rekindled his love for the scene, and the rebirth of his music career. “The love felt in Detroit is like no other”.

In 2019 he released the debut single ‘Who I Am’ on Audiophile Deep. as well as co-produced a remix of ‘Psalm’ (Basti Grub) with HearThug on ‘Moteur Ville Musique’, a Detroit based record label, which he co-founded with long time friend and partner.

While expecting to devote much of his time to A&R duties for Moteur Ville Musique, expect more original works and remixes to come.

Silent Revolt teams up with vocalist Ari Carlini on Eyedyllic Music with Dogmatik. Set for release on 23rd of October, the release includes two remixes from Basti Grub and Demarkus Lewis.