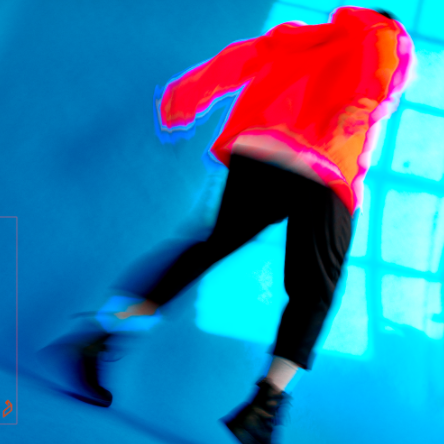 From You is a very delightful sounding indie-electronic track that does well in building a dreamlike atmosphere for listeners. The track builds and releases into lovely sounding hooks that combine a euphoric array of sounds complemented perfectly by Bernache’s melodious vocals. It’s the type of song that fits the mood well whether it’s being played as the sun rises or as the sun sets. It is both emotional and captivating and brings a great amount of excitement for what is to come with CRi’s debut album JUVENILE. Speaking on the album, CRi said:

“Juvenile is an ode to youth, innocence, and dreams. The melancholy of the past and the hope of the future shape the mood of this album. The project revisits what resonated with me when I was young, and blends it with what drives me today. It’s a way for me to take stock of an era, and turn the page on something new”. -CRi

CRi has steadily emerged as an artist to pay attention to, following in the footsteps of other well known Montréal-based artists such as Kaytranada and Jacques Greene. Being surrounded by the talent produced by Anjunadeep is no doubt beneficial as well, as the UK label has been vital in the development and success of artists like Lane 8, Yotto, Dusky, and Cubicolor. Keep an eye out for CRi’s highly anticipated debut album, JUVENILE, out on October 16th.

Listen to CRi’s new single From Me featuring Bernache HERE.