Franc Moody Embark ‘Into The Ether’ On New Album 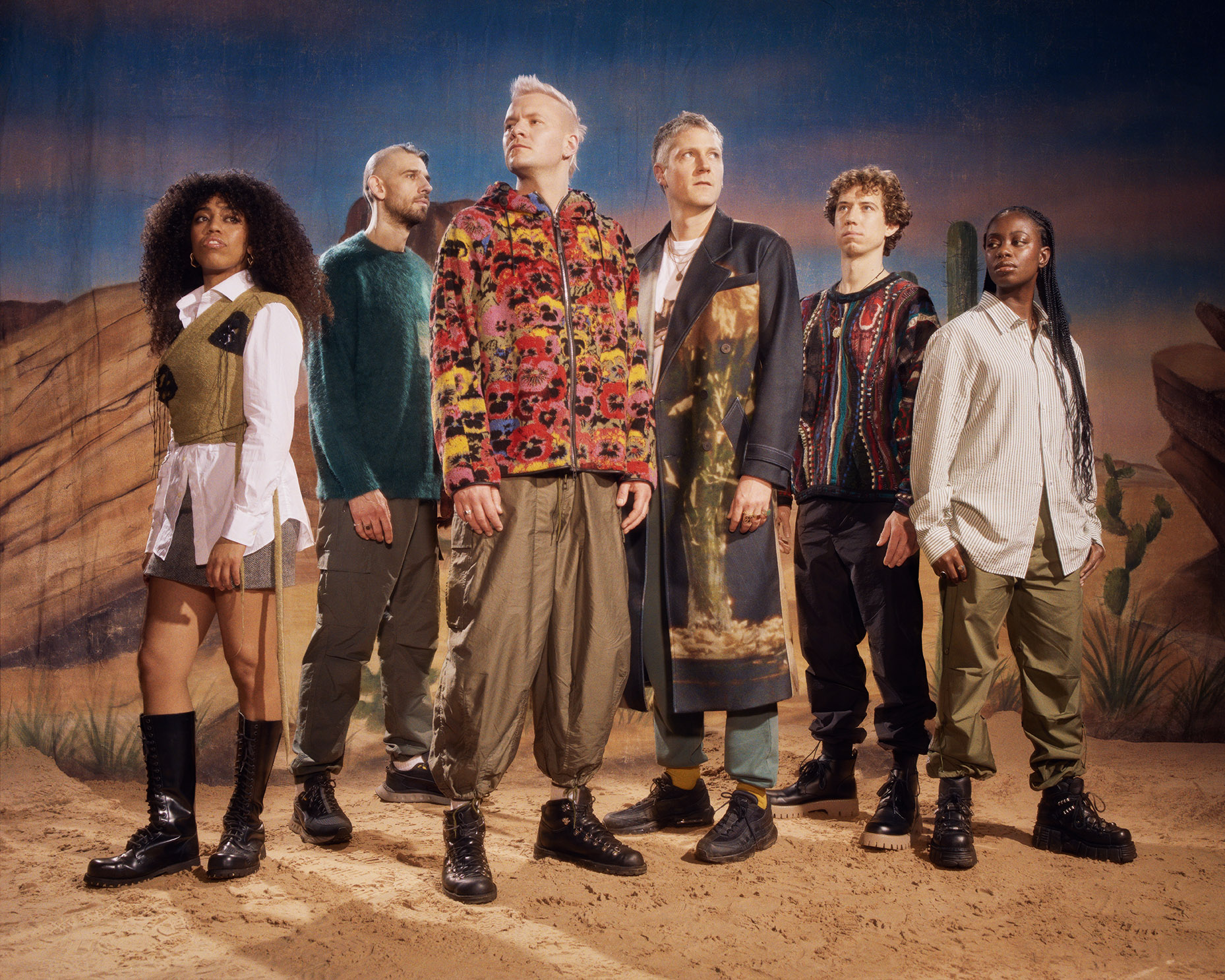 UK electro-funk masterminds Franc Moody have finally unveiled their long-awaited sophomore album: Into The Ether. Out now via Juicebox/AWAL, it’s a project of epic proportions that conjures up images of Spaghetti Westerns, Lawrence of Arabia, and the Odyssey as the band traverses mythical landscapes, from burnt orange deserts to technicolor dreamscapes, all through the lens of intensely atmospheric grooves. The record opens with its psychedelic title track as trippy synths stutter into the pathway of gorgeously layered vocals, establishing a carefully crafted groundwork for the songs to follow. A wave of kaleidoscopic flourishes continue through standout tracks “Mass Appeal,” “I’m in a Funk,” and “Raining in LA,” the latter of which was praised by Billboard Dance as “a delicious serving of roller-skate-worthy delight.”

The meditative journey follows its path to artistic enlightenment, whether it’s the trance-inducing progression of “Here Comes The Drop” or the crystallized catharsis of album closer “In Transit.” From front to back, Into The Ether is Franc Moody at their most fully realized, bridging irresistible funk with a breathtaking creative vision. In support of Into The Ether, Franc Moody will perform their largest Los Angeles show to date at the 2,000-cap Novo on November 3rd. On the other side of the pond, the album release show at London’s Koko on September 1st immediately sold out with their legion of dedicated fans.

Franc Moody explains, “Writing Into The Ether began literally the week after we released our debut album, Dream in Colour, when instead of touring the record we were forced to descend to our makeshift bedroom studio setups as a result of the pandemic. It was during those months our longing to be out on the road with the band playing live shows developed into a delirious, dreamlike state, conjuring up imagery of us and the band traveling through the desert on a journey to find whatever it was that we were craving. A surreal, craggy, tin can tourbus, deserted petrol station version of The Odyssey if you like.”

They continue, “This imagery of expansive desert landscapes was hugely inspired by films directed by the likes of Sergio Leone, and the grand thematic scores of composers such as Ennio Morricone. We’ve tried to create our own little funk-fuelled version of that expansiveness and longing, using a large string ensemble, group vocals and layered synths and guitars to create western style motifs, and galloping guitars to emulate riding through the desert on horse back. We hope you find a place to escape to when listening through this record, as we did whilst writing it.”

Mixing disco, house, and funk into one compelling blend, Franc Moody have attained an organic, grassroots fanbase that’s evolved from their days in the Tottenham warehouse scene. Fronted by prolific co-vocalists & producers Ned & Jon, their debut album Dream In Colour dropped at the beginning of the lockdown while ironically honing in on the concepts of togetherness and community. Since the album’s release, they’ve gone on to participate in projects like the Music Venues Trust fundraiser and release a wholly sustainable merch line while hosting online parties and performances like the “Live In The Lift” livestream, all the while releasing their House Of FM EP. With over 175 million streams and support from legends like Nile Rodgers and Skream to date, the journey continues as Into The Ether is out now.