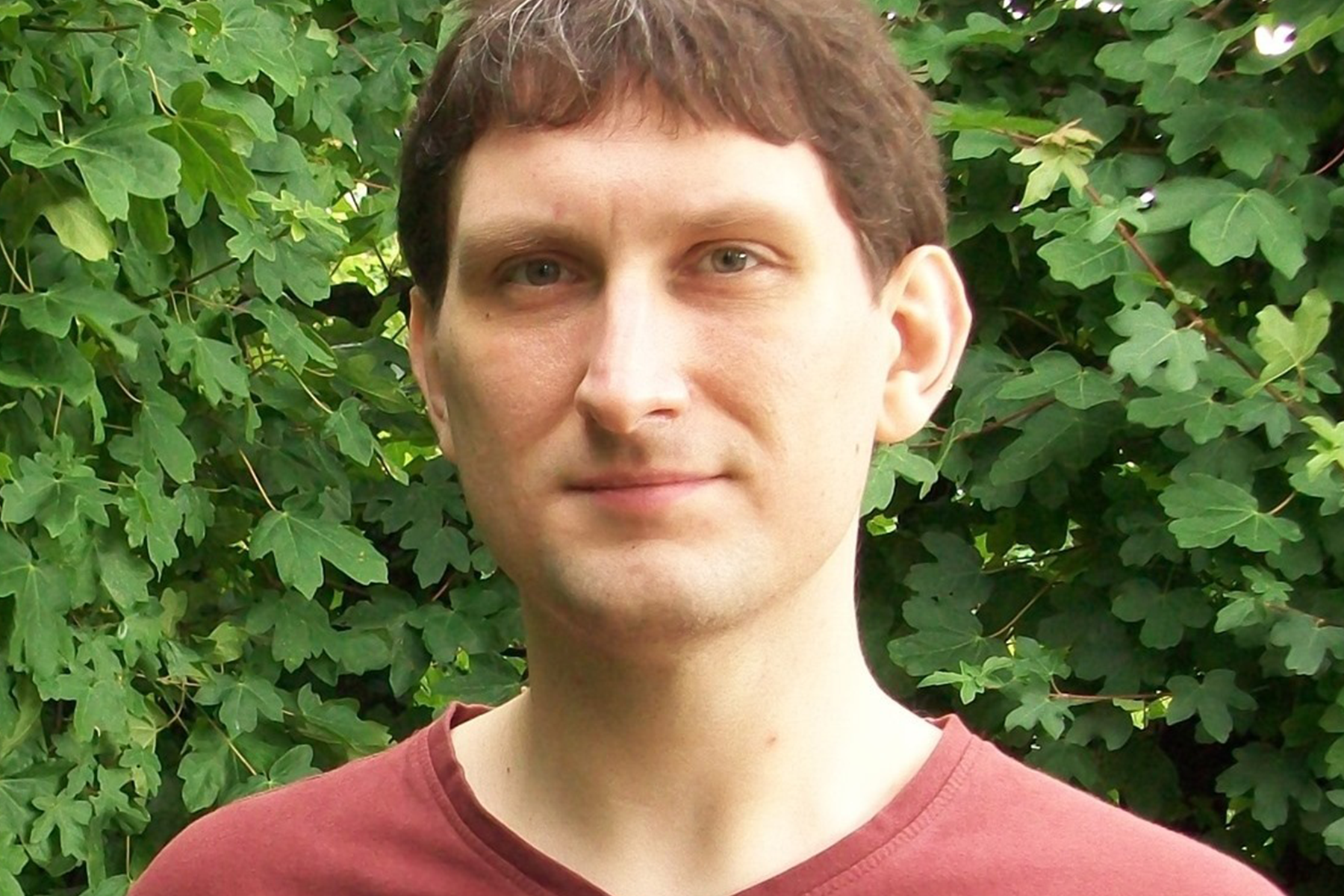 Fortunea is an Austrian vinyl label founded in June 2014 in Vienna by Klaus Benedek. We had a chance to sync up with Klaus to get his take on the 10 best electronic music tracks to come out of Austria over the years!

“It took me a lot longer than I expected to come up with a Top 10 Austrian electronic music list. Simply because a bunch of tracks from the 1990s and 2000s you can’t find at the moment on YouTube, Spotify or other streaming platforms.

Either they were … 1.) pulled down from the web because of distribution issues and are since then in limbo, 2.) the labels from back then don’t exist anymore and all these releases are in someone’s vault right now. or 3.) that these tracks are in a lot of countries blocked.

So I decided to pick those tracks that I could find and are accessible for everyone. I will list them all up in chronological order. Here we go!”

After the huge success of the very first Star Wars movie in cinemas, many people tried to implement sci-fiesque sounds in disco records to give the listener a feeling of traveling through space and time. Their solution to make these otherworldly sounds were synthesizers. Inspired by current productions of Giorgio Moroder and Cerrone, bands and acts like Space, Azoto or Dee D. Jackson released albums that have a cosmic feeling to it. In Austria there was also a cosmic disco group during this short period of time. They were called Ganymed (named after one of Jupiter’s moons) and released 3 albums from 1978 till 1980. I have chosen ‚Future World‘, the title track of their second album for this list.

Wer’e heading 14 years into the future and the music is getting way harder. The rave project Ilsa Gold was founded by the Viennese dj-duo Pure and Christopher Just and is actually a satirical act. This was at the time when gabber started to become popular and these guys went nuts with this new sound and sampled melodies of German schlager music, Austrian singer/songwriter songs or movie soundtracks, sped them up to 160 + bpm and occasionally rapped, spoke or grunted over their works. Even their grandma is on their records! The goal for them was simply to provoke. It wasn’t anything serious. Just for the laughs with the typical viennese snide humour.

But what they couldn’t foresee was that their mockery turned accidentally into serious music business, when acts like Marusha jumped on the bandwagon of this so called „happy hardcore“ subgenre and went big in the charts. What followed was a legendary „live act“ on Mayday Rave Olympia 1994 in Dortmund where they mocked the whole event and scene in general and a subproject called Sons of Ilsa was created, where they made fun of Sven Väth’s album ‚The Harlequin, The Robot And The Ballet-Dancer‘.

But now let’s talk about this track here. This is ‚Silke II – Süchtig‘. A follow up to their previous released track ‚Silke‘. In the sequel they took songs by Austrian singer Peter Cornelius and Czech schlager icon Karel Gott to make a drug psa joke. In the first part Peter sings in loop that he is „addicted“ (süchtig). After the acid firework Christopher steps in the break for a narration. Silke, their friend, took way too many drugs and needs to get out to this mess. And so they start singing „catch the light, hold it and don’t loose hope“ (the lyrics of the other sample) and finishing off the joke with a lame „don’t do drugs“ rap at the end. It is absolutely hilarious and awesome!

Around the same time Erdem Tunakan and Patrick Pulsinger launched Cheap Records. A techno/house label that takes it more serious and is still operating today. Their famous moniker was Sluts’n’Stings&909. But they had also side projects where they mixed up downtempo and future jazz elements into the mix. With their studio colleagues Gerhard Potuznik and Herbert Gollini they formed the quartett iO.

Together they released the Sustain & Release EP in 1994. And on the C-side was this gem. ‚Claire‘ is, in my opinion, the best deep house track that ever came out from Austria. An absolute timeless piece that combines the roughness of Detroit techno and Chicago house with a minimalistic funky guitar and haunting jazz keys.

Staying in the Detroit techno genre there was this phenomenal B-side called ‚B. Up’ by Glory B. Martin Retschitzegger (aka DJ Tin) and Michael Peter (aka Duke), who left the music business a long time ago, were responsible for this. It came out on their own imprint Grow! Records. I stumbled across this 12“ at Das Market, a tiny record store in the 7th district of Vienna, around 9 years ago. And they still had some copies of the original stock left, which might be leftovers of their previous record store Black Market, which closed it’s doors in 2008. Over the years it became my secret weapon on various gigs. Thanks to the bouncing groove and the hypnotic bassline it is a perfect hybrid in house- aswell as in techno-sets.

While Austrian ravers celebrated techno music in the Gasometer, there was also a sort of counterculture in the capitol that focused their taste in music with a eclectic mix of downtempo, trip hop, dub, broken beat and jazz influences. The feuilletons called this new fresh and laid back sound ‚lounge music’ and it got popular all over the world. The hype of this new Viennese sound originated when the legendary radio dj Gilles Peterson presented Kruder & Dorfmeister’s first ever release, the G-Stoned EP, in his show. What followed were lots of remixes that have been collected later for a dj-mix cd on Studio !K7. The legendary K&D Session! One of these tracks that flashed me was Richard Dorfmeister’s take on „Sofa Rockers“ by the Sofa Surfers. An all-time summer hit!

Kruder & Dorfmeister launched their own label G-Stone Recordings first and foremost to release their own music, because no one at the time wanted to sign their stuff. But after several other projects like Tosca or Peace Orchestra they started signing other local artists by the end of the 1990s. Such as the duo Walkner.Möstl. In 1999 their Bluish EP came out. And their track ‚Music Lovers‘ is perhaps one of the most underrated club tracks ever and should be preserved for all mankind. If you like epic breakbeats with heavy basslines and a breeze of IDM cutting effects, than this is for you!

Austria has unlike other countrys in Europe a strong drum’n’bass community. And in the 2000s it was even more popular here than in the UK where it originated. Vienna especially became a hot spot for great talents and partys. In the peak years the weekly Beat It thursdays in the FLEX, aswell as the Mainframe raves in the Arena Wien were the highlights in every months schedule. And more crews like Vollkontakt, Upd8e and Switch followed in the peak years and still operate today (well, if this damn virus wouldn’t be here just now of course). And then all the sudden in the summer of 2003 this, back then, underground music swept over into the charts, thanks to D.Kay & Epsilon! ‚Barcelona‘ got signed by Bad Company’s BC Authorised label and was at first just a instrumental track. But then they added vocals by MC Stamina and it became a late summer top 14 hit that year in the UK. I have chosen this one not only because it is still a catchy kick ass song, but also to give my respect the dnb scene from this time. Kudos!

Before clubs like the Pratersauna or the <>< Grelle Forelle existed, there was only one place in the Austrian capitol to hear electronic music really loud. And that was (and actually still is in some way) the FLEX, which originated from a little punk bar in the 2nd district and moved in 1995 to an abandoned subway tunnel on the Donaukanal. Back in the 1990s and 2000s the city advertised itself with the slogan „Vienna is different!“ And this venue surely delivered this tagline with it’s program. The drum’n’bass heads occupied the thursdays, the indie rockers with their London Calling nights the wednesdays and the eclectic lounge/downtempo/K&D-fans with Dub Club the mondays. And tuesday nights went Crazy! As a sort of spiritual successor to the legendary Meierei partys the shrunken techno community found it’s new place in september 2001. During the minimal techno hype new young talents became resident djs and created their own tracks in their home studios. And one of those wizards was Catekk. He made this wobbling and melancholic beauty called ‚Funny Little Clouds’. He played it in his sets for almost a year, before it came out and the response of the audience was each time exciting and breathtaking. It became an instant classic in the scene. A, lets say, unofficial hymn of these Crazy nights. In 2007 the track finally came out via the short-lived FLEX Schallplatten label.

Of course I had to include it in the list. Because I was there when all that happen. And these memories will never fade away. NEVER!

There are not so many female artists in the Austrian electronic music scene at the moment. And most of them are more orienting themselves in more experimental and niche subgenres than the classic 4×4 mentality in house and techno. But I am sure that this will change soon too. Our newest member in the Fortunea roster, Dzc., will only be the beginning of this new generation. Looking back at the 2010s there was definitely one artist that helped shaping and benefiting the local house scene with her releases. And that was and still is Joyce Muniz. In 2011 she got signed on the Berlin based label Exploited and released her EP Pulp Fiction and is since than a staple on that imprint. Also appearing on this record is soul- and swing-singer Louie Austen who contributed a song for her called ‚Morning Love‘. And it is a match made in heaven!

Finally we have to talk about one specific label that started, as I wanna call it, THE RENAISSANCE OF THE VIENNESE ELECTRONIC MUSIC SCENE! At a time where the majority of the scene focused too much on the uninspiring Beatport tech-house releases and wanted to sound like Matthias Tanzmann and the like, these guys had the balls to found a new label to release their favorite music that they wanna make! And on vinyl too! ‘Are they mad? This will never sell!’, they laughed.

Luv Shack Records was a breath of fresh air. And they started with perfect timing. Right when deep house made it’s comeback and disco and soul samples returned and pushed the annoying sawtooth sounds from the electro house craze away. And without the critical and commercial success of the first 10 records there wouldn’t be Schönbrunner Perlen, Secret Crunch, Life Is For Living, Step Back Trax, Sama Recordings, Belly Dance Services, heimlich and definitely no Fortunea! They inspired me. Selling my own music on my own imprint. On vinyl! Having full control and not depending on the decision and heavy schedule of a digital label. And now it is like Luv Shack a catalyst for the Viennese house scene. Bringing out new music by local talents. No matter how bad times are at the moment. We will not stop, no matter what!

In honor to my friends and colleague I salute you by picking THE peak-time bomb of the 2010s as a perfect way to end this list. This is ‚Soul Power‘ by Space Echo (aka Lee Stevens and Catekk). Enjoy!