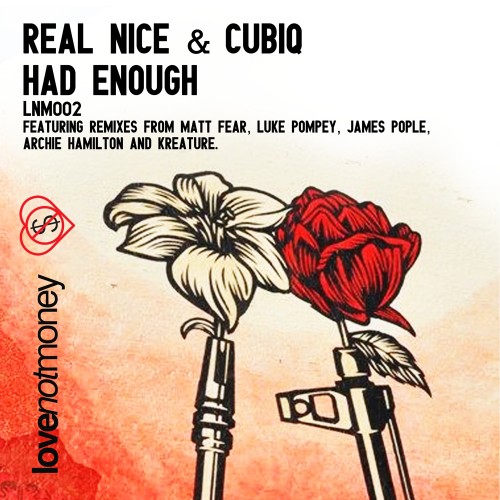 [Forthcoming Release] Following the success of their debut release, Love Not Money produces another shining release, which is due out December 12th, 2011. Although they stand as a new label in the scene, they have already garnered support from DJs and producers such as Julio Bashmore, Huxley, Danny Tenaglia, Slam, X-Press 2, Uglh, Inland Knights, MYNC, Cera Alba, and Paco Osuna to name a few. Their forthcoming release comes from artists Real Nice & Cubiq and called “Had Enough” with remixes by Matt Fear, Luke Pompey, Kreature, James Pople and Archie Hamilton.

More about Love Not Money:

We hail from the vibrant city of Leeds, known to many DJ’s & Producers worldwide as the clubbing capital of the UK and a breeding ground of musical talent.

Love Not Money delivers a unique underground music experience firmly dedicated to the support and development of the finest cutting edge electronic dance music. We thrive on creative, like-minded people armed with initiative and something new to say!

Love Not Money is not just about music, we are a collective of Artists, Musicians, Illustrators & Designers all with a view to keeping things fresh!