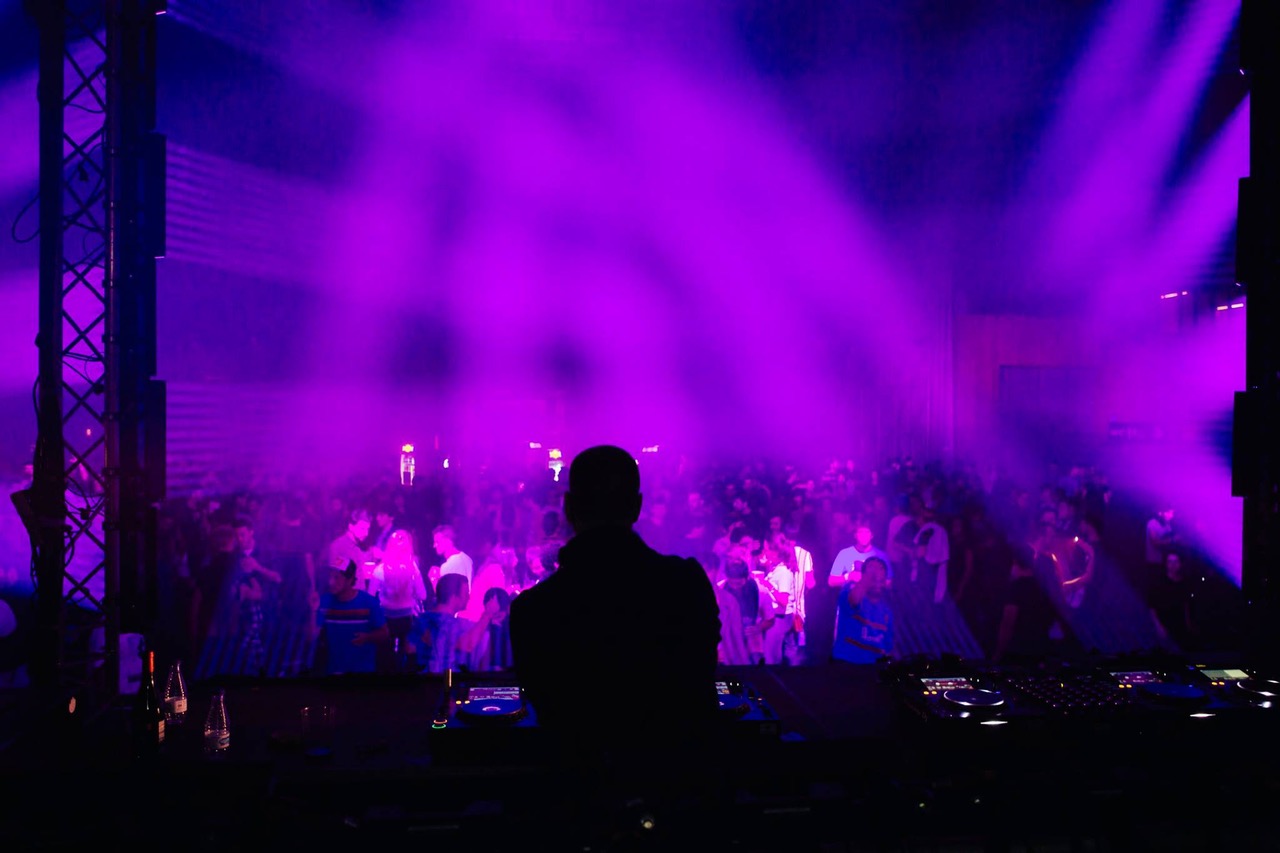 Fever Ray, Sun Kil Moon, John Maus, José González and Kornél Kovács join the bill for BIME Live, a leading autumn festival, to be held on  26 and 27 October 2018 at the BEC in Bilbao. These new confirmations join the already announced attendance of Aphex Twin, MGMT, Editors, Nina Kraviz and many more.
Fever Ray
Fever Ray is the solo project from Karen Dreije and is one of the most important artists on the current musical landscape. Last year he released ‘Plunge’, his second work to date, which was universally hailed by the critics. The Swiss artist’s performances are a celebration of electronica and pop, replete with masks, disguises and lots of lights. Not forgetting the political and feminist messages overflowing from their lyrics.
José González
Of Argentinean descent but born in Gothenburg, Sweden; singer-songwriter José González returns to Bilbao to share his songs with the public at BIME Live. With three albums under his belt, the artist has carved out a fantastic career thanks to his characteristic indie folk style. Each piece is a work of art supported by the guitarist’s chords, although during his live performances he also uses percussion, thereby ensuring each show is both magical and initiate at the same time.
Sun Kil Moon
Sun Kil Moon’s folk-rock joins BIME Live for a show that will feature the best tracks from his career. Led by charismatic frontman Mark Kozelek, Sun Kil Moon is the perfect embodiment of the new generation of blues emerging in the USA. Their musical career to date features eight albums, with a ninth set be released on 1 November under the title ‘This Is My Dinner’.
John Maus
USA’s John Maus has earned a reputation in the music world for taking risks on each album and each tour. The singer-songwriter’s pieces are perfection, composed with the utmost care for each note, instrument and word. His latest adventure is called ‘Addendum’, a record featuring dark synthesisers and bucolic voices in his usual post-punk lo-fi style, not to be missed by BIME Live concertgoers.
Kornél Kovács
Kornél Kovács’ musical career started when he was just 14. When he was already recognised as a promising DJ in Sweden. The also-producer is proud of having a broad musical range, as he himself believes it is enriching to play for people from all around the world and with different tastes; which makes him evolve as an artist. Their discography includes the album ‘The Bells’ and several EPs such as ‘Metrópolis’ or ‘Radio Koko’. An essential date to end the day at Gaua.
BIME LIVE
26 and 27 October 2018
BEC!, Bilbao

You may also pay for your pass in 2 or 3 instalments. 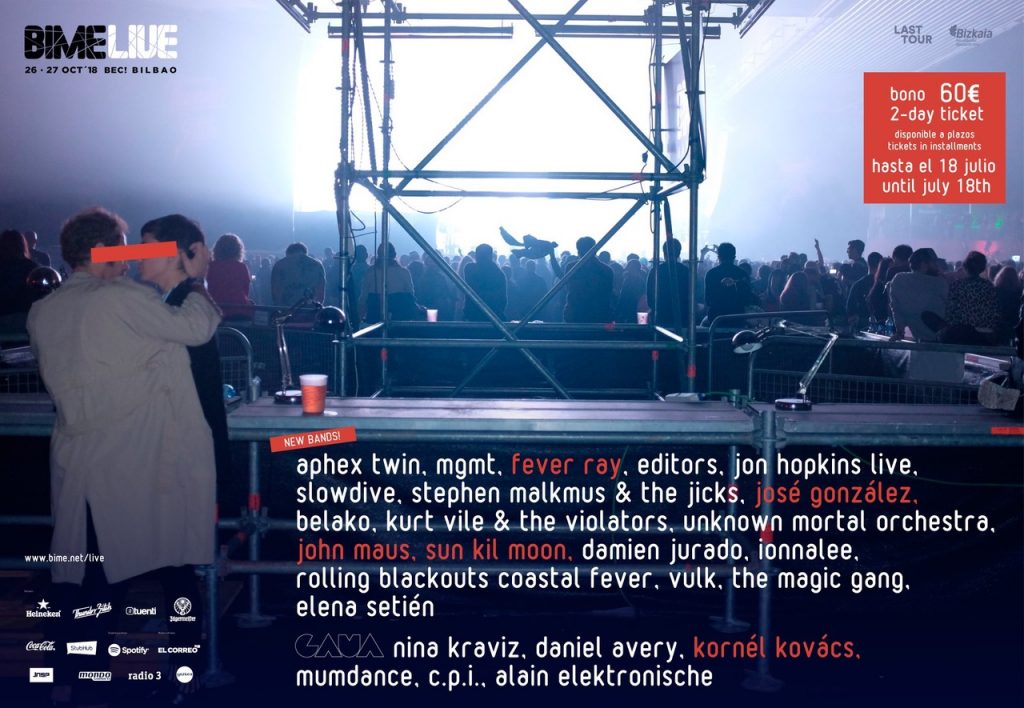