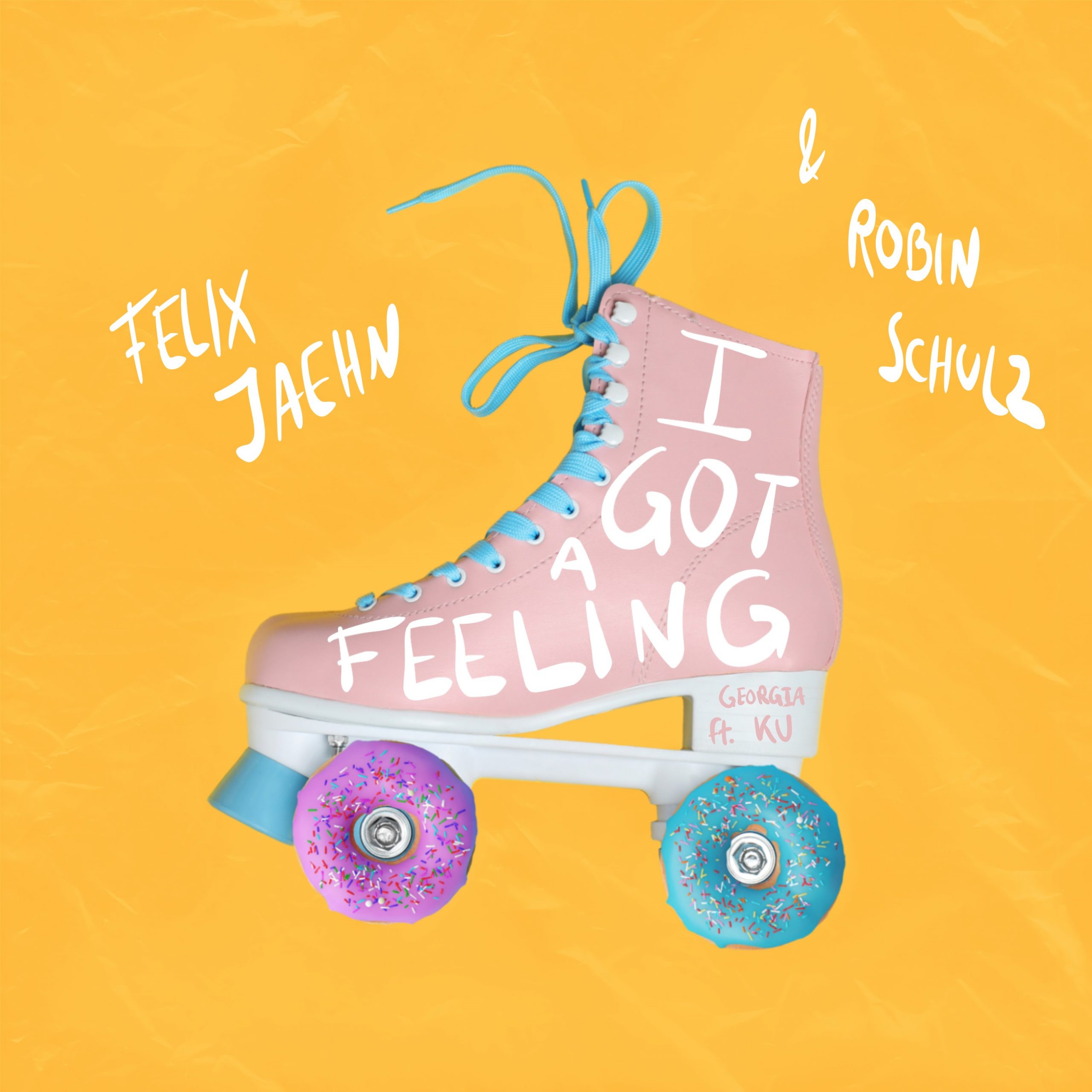 Following the success of their smash single ‘One More Time’ ft. Alida, Felix Jaehn and Robin Schulz have joined forces again to deliver another contagious new single that’s primed for the summertime. ‘I Got A Feeling’ features the vocal talent Georgia Ku, who has collaborated with the likes of Illenium, Martin Jensen, Party Favor and more. Joining together at an apex between their signature sounds, Felix Jaehn and Robin Schulz remind fans why they are an unstoppable force when collaborating. Out now via Universal Music, ‘I Got A Feeling’ is available to stream across platforms.

‘I Got A Feeling’ opens with a sultry melody that immediately captivates the audience. In true Felix Jaehn fashion, the single is uplifting with groovy sensibilities and commanding vocals while Robin Schulz adds his own unique flair to the track. Georgia Ku lends her intriguing talent with catchy vocals that effortlessly complement the wavy soundscape. The pop dance crossover track serves as another intriguing addition to Felix Jaehn’s cheerful discography and is destined to be another smash hit for the young artist. Much like the rest of his recent work, ‘I Got A Feeling’ explores different perspectives of mental health with resonating vocals and a yearning and warm sonic landscape.

‘I Got A Feeling’ is about letting go, enjoying life and embracing the good. I feel it and I’m grateful for everyone involved in the release. – Felix Jaehn

Felix Jaehn has had quite the prolific career over the past decade with a handful of notable achievements under his belt at such a young age. After taking a brief hiatus to focus on his mental health, the Diamond-selling artist was back and better than ever with a handful of his best music to-date which revealed a deeply personal side of Jaehn. His 2020 hits included ‘SICKO’ with GASHI and FAANGS as well as ‘No Therapy’ with Nea and Bryn Christopher, collecting over 1,000,000,000 collective streams. Continuing the momentum into 2021, Jaehn joined forces with Toby Romeo and FAULHABER to deliver the groovy single ‘Where The Lights Are Low’ and was met with much critical acclaim.

“I’m happy to release another single with my friend Felix for the second time this year. The creation of both songs was great fun and I love collaborating with him! This cooperation was long overdue!” – Robin Schulz

German producer Robin Schulz was also a story of seemingly overnight success and has had quite the noteworthy career in the realm of dance music. His fame began with his remixes for ‘Prayer In C’ and ‘Waves’ and has only skyrocketed since then, with the release of four studio albums, countless collaborations, and millions of streams to-date. Schulz currently commands 24 million monthly Spotify listeners and has just released his fourth studio album ‘IIII’ earlier this year. Robin Schulz and Felix Jaehn have joined forces in the studio before ‘I Got A Feeling’ as their signature sounds meld together in an unparalleled way. Their smash single ‘One More Time’ feat. Alida has amassed nearly 50 million collective streams and serves as a focal point for his latest studio album.

“I’m so happy this song is out & to be a part of it! Felix really wanted to write something positive about coming out on the other end of a dark time & I think this song perfectly sums that up. I hope that it gives people the same inspiration & lifts your spirits for the summer!”

Another fellow collaborator, this is not the first time Felix Jaehn has joined forces with singer and songwriter Georgia Ku. The pair originally linked for the collaboration with NOTD and Captain Cuts on the single ‘So Close’. In addition to her own budding discography, the England-born artist has also supplemented her own output with collaborations with dance music icons such as Felix Jaehn, Party Favor, Matoma, Martin Jensen and more. Her original tracks have also received remixes from the likes of Benny Benassi and Afrojack. As a songwriter, her discography includes the massive hit ‘Scared To Be Lonely’ by Martin Garrix and Dua Lipa and most recently, Jlo’s collaboration with Rauw Alejandro ‘Cambia El Paso’. With a budding catalog and arsenal of dance music collaborative hits, Georgia Ku is destined to be a household name in the realm of pop/dance music for years to come.

Felix Jaehn’s undeniable musical prowess and knack for collaborating with a variety of different artists is ever apparent through each subsequent release in his catalog. Calling on Robin Schulz and Georgia Ku for the latest infectious collaboration, ‘I Got A Feeling’ demonstrates the sheer talent of these three artists. With Felix Jaehn’s sophomore album on the horizon, fans eagerly await more new music from the German producer as he continues to expand his feelgood discography and take the dance music world by storm.