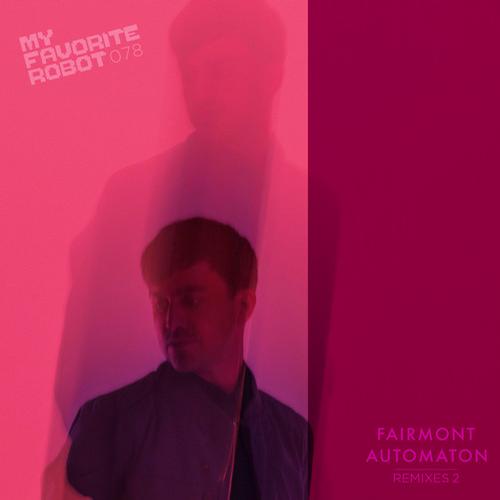 Toronto’s My Favorite Robot Records look to the second remix package taken from Fairmont’s superb recent album ‘Automaton’… Fairmont’s third studio album ‘Automaton’ was released on My Favorite Robot Records in 2012 to a rapturous response from fans and press alike. The deft fusion of vocal indie tinged songs with richly layered electronica had producers lining up to remix tracks from the LP leading to not one but two remix singles featuring album highlights remixed by the great and the good. Part one saw an outstanding selection that featured an epic remix from Ewan Pearson amongst others, now the second package is ready to drop with a killer remix selection.

The EP kicks off with the holy pairing of Ivan Smagghe and Tim Paris under their It’s a Fine Line moniker who take ‘Creatures of the Night’ and rework it into a robotic and glitch electro influenced offering. Metronomic clicks and bleeps blend with rich bass and syncopated rhythms to provide a solid bed for Fairmont’s spacey vocal deliver, quality stuff. Next up we have the excellent Nhar who gives ‘Sara’ a makeover, coming up with a blissful, balaeric house workout that is pure audio pleasure, an unmissable laid back gem that is essential listening for the summer ahead. Remix duties for ‘Waiting’ fall to label bosses and Canadian super heroes My Favorite Robot who strip the original back and rebuilt it as a pulsing, dark slice of electronica replete with brooding pads and angular synths, sublime. The package is closed with another Canadian pairing, this time between No.19 Music owner Nitin and Clayton Steele who take ‘Libertine’ and twist it into a piece of brilliant percussive techno. Another winner from My Favorite Robot record, so no surprises there then!