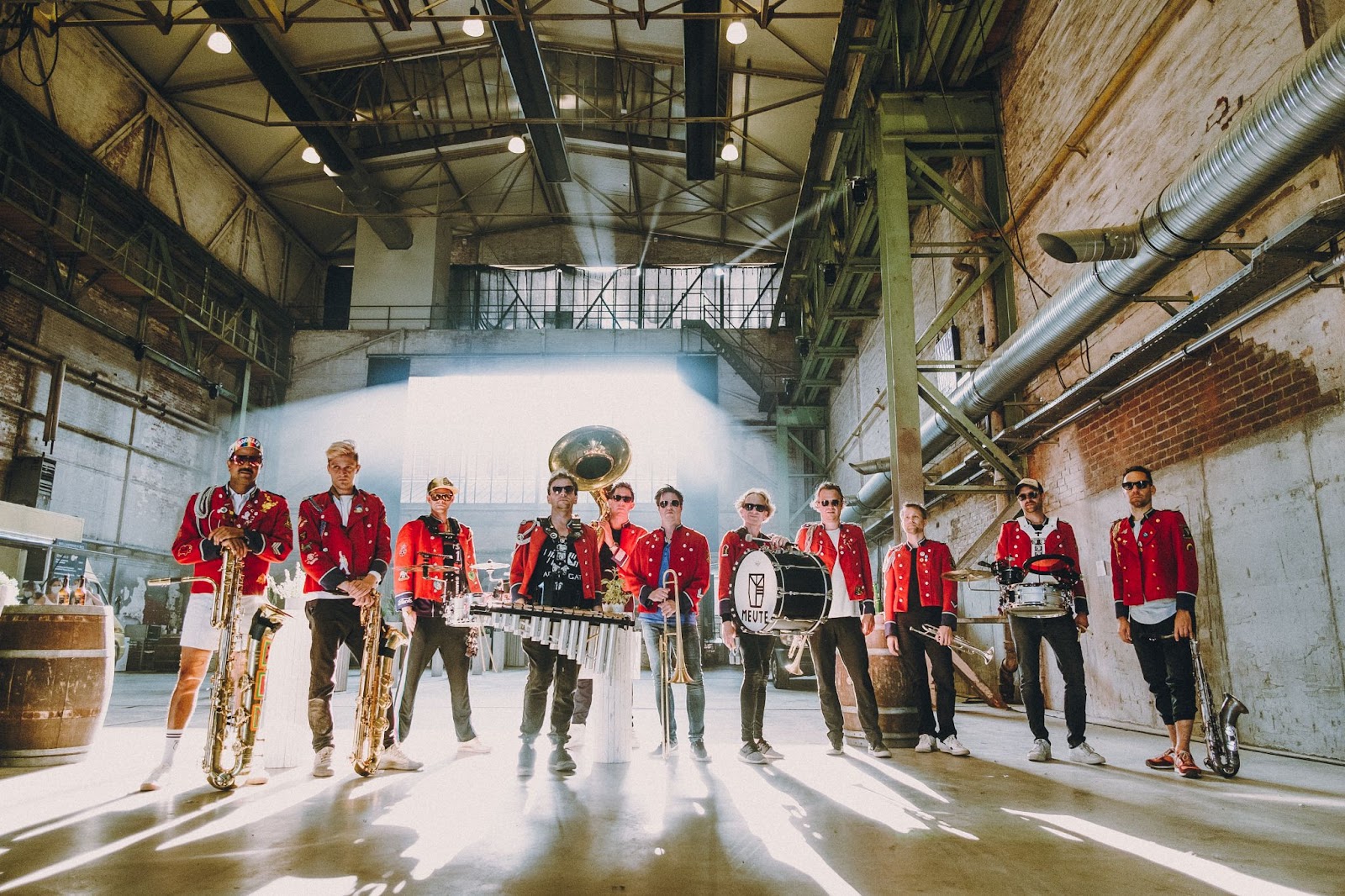 Techno brass band MEUTE are to take their mesmeric live show on the road across North America in the first quarter of 2022. Starting in Boston on March 23rd, they will head to Chicago, New York, Montreal, Toronto, Detroit, San Diego, Las Vegas, Seattle, Portland, Denver and many more cities as well as making a sure to be special appearance at Coachella in California. Get tickets now at http://www.meute.eu/live.

There is truly no band like MEUTE. The unique 11-piece group from Hamburg have become iconic in their red jackets as they break all the rules with their fusion of brass band sounds and techno, all made using only acoustic instruments. They have crafted viral hits, sold-out clubs, had props from Dixon, Laurent Garnier and BBC Radio 1 amongst many more, and generate real excitement every time they play.

Right now, MEUTE are building plenty of excitement ahead of a long-awaited new album, TAUMEL, that arrives on the band’s own label TUMULT later this year.

Before all that comes this US Tour which takes in 20 dates all across the United States and Canada. Amongst a busy run of shows are plenty of iconic venues such as Chicago’s House of Blues. A real standout will be 2 sets at the world-renowned Coachella in April, with the second weekend marking the end of the unforgettable run of US dates.

Tickets are on sale now and will sell out, so move quickly to secure your spot on this historic tour. 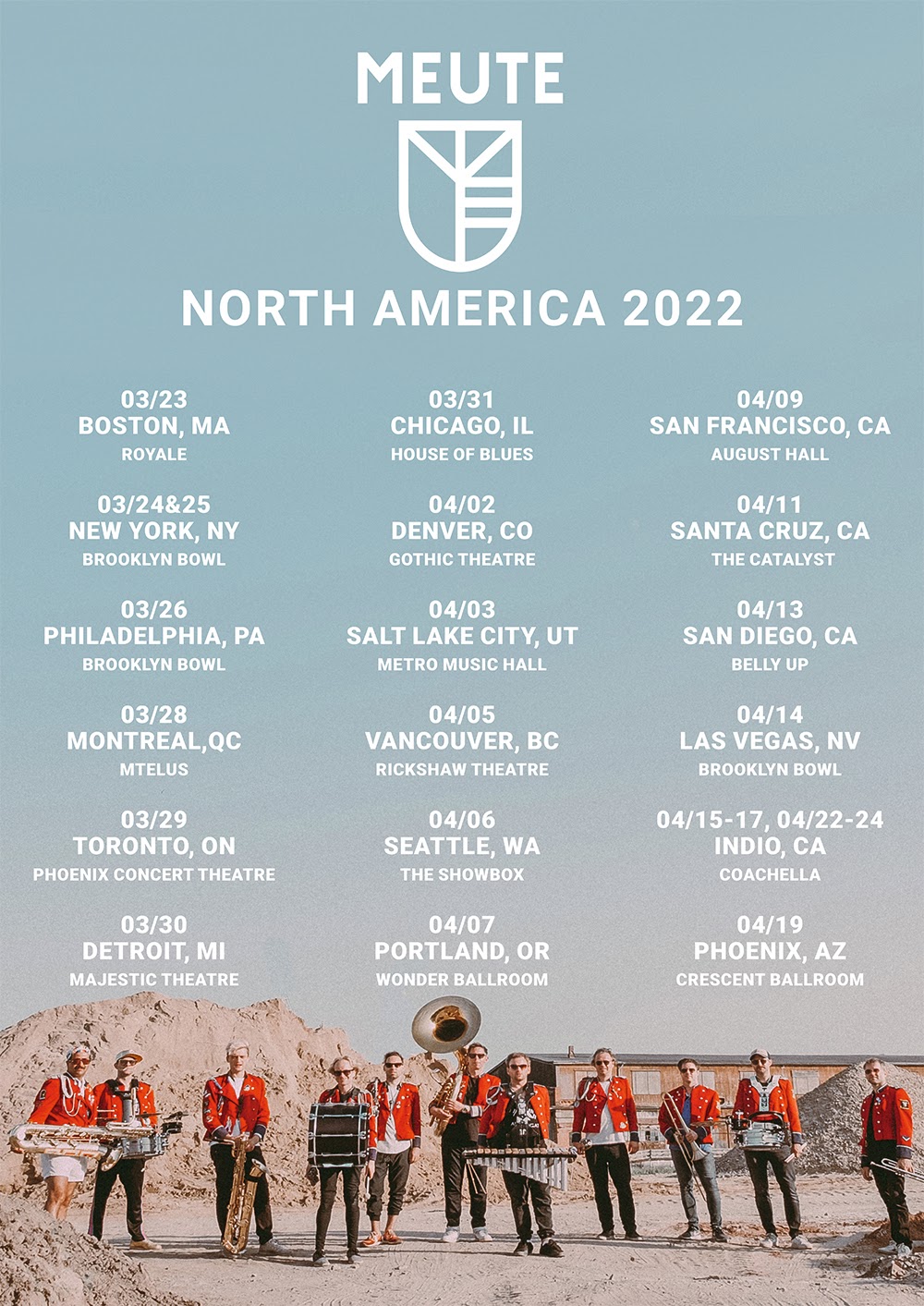