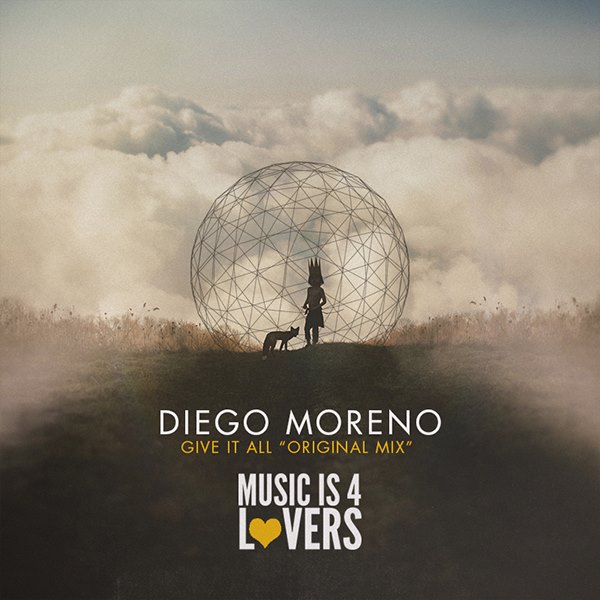 Diego Moreno has been an eloquent musician since his youth, learning to play guitar, drums and synthesizers from an early age at the hands of his older brother. It lends his music a very deep and rich characteristic that draws on everything from blues to funk, reggae to rap, acid to house and mixes the soulful with the classical, the hypnotic with the subtle.

Asinto The Cure and NWA as much as Zapp & Roger, it was in 2002 that Diego first began mixing records having been introduced by a friend. Soon picking up the skill Diego quickly began picking up gigs in and around Guatemala and just a year later he moved to Barcelona in pursuit of his dreams. It was a move that paid off, and soon Diego was involved in organizing parties and DJing in numerous clubs around the city so that in 2013 he has played OFF Sonar a number of times as well as both BPM in Mexico and Noisily Fest.

Diego’s next focus was on a collaborative project with Sishi Rösch in 2007, named Digital Delight it has since developed into a record label that has released records from Diego himself as well as Death on the Balcony, Alex Kaddour and Sishi Rösch. His own standout productions include EPs like Lets Dip, Lost and a full length in the form of My Business Is Pleasure, all of which have their roots in the old school whilst forging forward with a fresh deep house aesthetic on imprints like One Records and the famed Nurvous. What’s more, fans and friends of the label include the esteemed likes of Shaun Reeves, Zev, Le Loup, Djebali, Jay Shepheard, Lady Blacktronika and many others.

For Diego variety is key, and as such he has a new full length coming in 2014, as well as a new EP for Sex on Wax record, which will no doubt once again cement him as a very real voice in the global house music conversation.

– I´ m actually spending it in my home country of Guatemala, I’ve been living here on and off for the past year and a half. Just enjoying my family and friends. Working on music, planning some gigs around Central and South America, also throwing a day event every two months in a city called Antigua with my mates that are also DJ´ s/ producers.

We’re excited to host this free download with you! Can you tell us a little about this track and your inspiration for it?

– Thank you.  I´m also excited to share it!  This track has a deep/dub, funky, dreamy and a hypnotic vibe. Is a daytime track rather than something you may drop in a nightclub? What I would call a joy ride.

My inspiration usually comes from listening to music from bands or artists that I´ m into. I think some Joy Division and Horace Andy stuff triggered the idea for this one.

We love the new album; can you tell us a little about it and your label Sultry Vibes?

– This is my second full album and the following of the series ¨My business is pleasure. The intention is to cramp different musical influences that inspire me into a package, grasping on roots and old school vibes. Each track is different from the other and has it´ s own characteristics. Sultry Vibes is Digital Delight’s sister label that I run with my mate Sishi Rösch. It´ s focused on sleazy, dark and funky sounds with an experimental twist to it.

Being an artist, DJ, producer, and label-head, do you find it tough to wear so many hats?

– It´s definitely not a walk at the park juggling all of this, but I love the music and the scene, so that always come on top of how tough or difficult it can get.

What are some of your favorite artists at the moment right now and who would you love to see release on your label, remix or original?

– Well… There are too many, out of the top of my head: Dyed Soundorom, Dan Ghenacia, Cassy, Huxley, Navid Izadi, Detroit Swindle, Hector Moralez, Franck Roger, Djebali, Jese Perez, Clinton Houlker, Chad Tyson.. Also I´ m into some new artists that we have recently signed like,  Kike Henriquez, Demuja, The Flaminghoes, Markus Eden, Henriks, Mika Materazzi, I could fill a couple of pages…

What advice would you give to someone sending you a demo?

– Not sending them over Facebook. Lol… Best way to do it is to send an email introducing your self and writing  a bit of your background, like what labels you have  released with, important events you’ve played in etc.. Most important is to make sure that what you are sending is material for any of my labels.  That has worked for me as well as I send demos too.