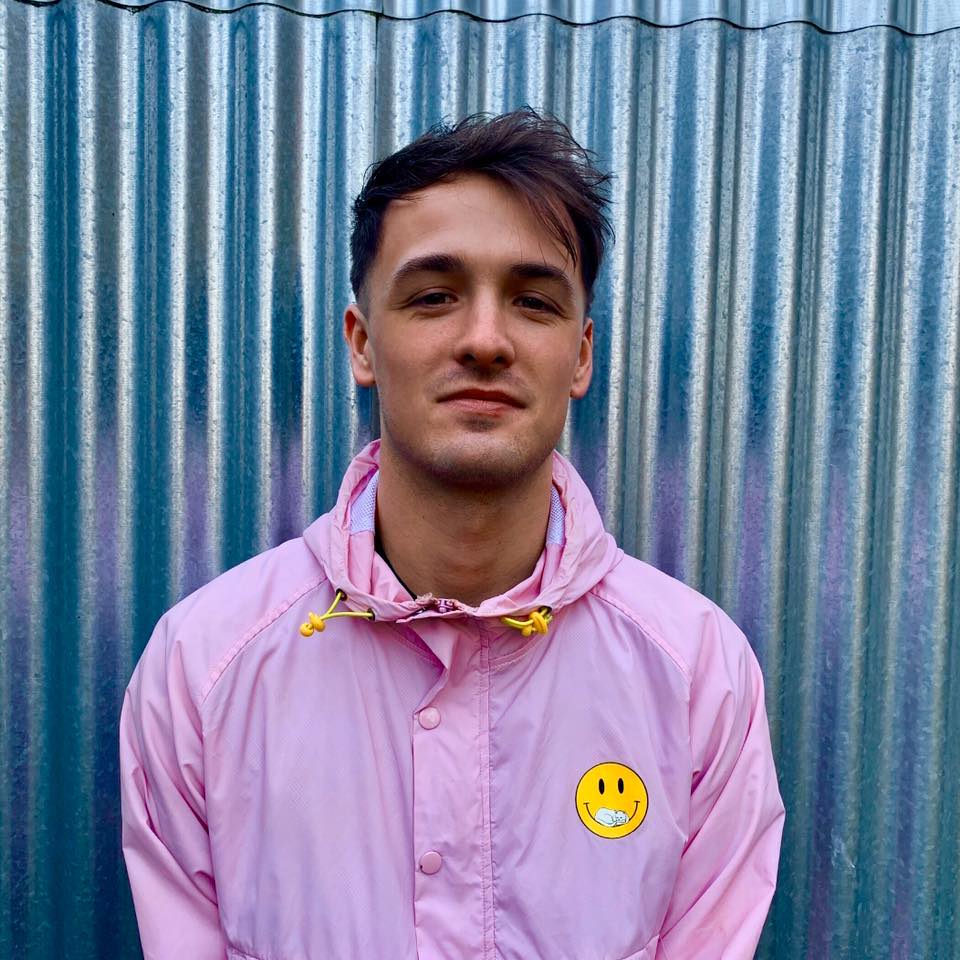 Ewan McVicar has become a rising talent of note from his releases on Posthuman’s Balkan Vinyl and Weapons of Desire as part of the Granary 12 acid duo to making his debut on Patrick Topping’s Trick imprint with his stellar EP entitled ‘Street Rave’.

We caught up with Ewan to hear about his label debut on Trick, previously being a part of the Granary 12 duo, collaborating with Roose and the UK rave scene.

You’re no stranger to production as we know from your output as one half of Granary 12 but what prompted the foray into solo production?

Before Granary 12 I was always making tracks of my own. The love of Acid House is what brought Steven (Simpson) and I together to start making modern club styled Acid. Whilst doing this, I was posting 1 track a month on my Soundcloud – The Realm, Everybody Be Somebody, Been a Long Time. I have never focussed solely on one moniker. I make what I feel at that time and decide which name it would come under. The style is what separates my own from G12 and it’s something I will continue to do.

Did you find it easier to write your own music?

Not at all. The buzz with the G12 productions comes so easily as Steven takes a calmer approach and I’m the hype man. He calls me ‘The Sequencer’ because as soon as we get that idea locked, I run with it and dance to the track whilst making it to keep that dance soul in the music. To be fair, I probably dance more than most people will on the floor. Heavy cringe but dancing keeps the heart healthy bay-bee.

There is one collaborative track on your new EP. What triggered the work alongside Roose?
Roose was the friend that first taught me how to produce, so I thought it only right to get him on my own first signed record. He used to be a rapper and his voice is perfect for vocals. I asked him to say some phrases for me and had actually written The Gaffer in full about 2 weeks before I added his vocals in. When I brought the 2 elements together it was an instant stunner.

The debut EP under your own name if on Trick, Patrick Topping’s label. How did you first meet Patrick and can you give us an insight into what the signing process was like?
I first met Patrick in person at Creamfields. I had sent some tracks to the Trick demo email about 7/8 months prior to hearing back from his tour manager, Morgan Bennett. I woke up one day to a mail of Patrick playing my track ‘Dorian’ (the 3rd track on the EP) to 20,000 people. Again. Instant stauner material. The feeling was surreal and from that initial contact I sent a bank of tunes I’d been keeping (Street Rave being one of them). Patrick added me on WhatsApp and we have talked about everything from then on, he is such a hands on, down to earth guy and has been a hugely positive influence. From there we shaped the EP.
One stand out moment, Patrick phoned me one night as I was sitting down to dinner. I jumped up all excited and we just talked about how buzzing we were to be working with each other, Street Rave, music and plans. It really has all been great.

I keep getting a definite UK rave feel throughout the EP – is this something that influences you a lot?

Massively. Growing up in Ayr in Scotland there is a sense of entitlement to be passionate about UK rave music and the scene. The old Pavilion/Hanger 13 was home to one of the most legendary nights Scotland and the UK has seen – Streetrave. A documentary on YouTube that shows the likes of Carl Cox explaining how he started pretty much in Ayr town playing at Streetrave shows you the scale of how big it was. They even put a rave on in a f*cking airport.

As you might have guessed, this is why my track is called Street Rave. Tying things in with my hometown is something I will always do and I am proud to be from there. I’m also a strong believer of not forgetting where you’ve come from.
I take inspiration from so many genres and styles but UK rave wise I listen to Isotonik, K-Class, Inner City and the list goes on. Some may not be from UK but elements from a lot of them can be incorporated to a UK twist.
When you’re channeling influences when producing, how do you balance the old with the new?
I really don’t think too much into it. I go on feeling and soul more than anything, what makes my body move, what sample gives me goosebumps. The only time I will use a reference track is for structuring purposes. Mainly bringing tops and perc in at certain points, when will that clap hit best, that kind of thing.
Can we expect more Granary 12 releases or is solo work your priority now? (Tell us a bit about what’s to come)

You can expect many more from both. Steven and I won’t stop G12 now, if anything, being signed to Trick will help us kick on. It’s a great opportunity that we have both spoken openly about and not much will change in terms of music making. For the best part of six years I have been making music nonstop for both G12 and solo.

Personally, this whole past year has been a movie. I have talked to people that I only dreamed about talking to, learned so much about myself, progressed with music making and sent tracks to f*cking Fatboy Slim. I don’t plan on stopping anytime soon.

Ewan McVicar ‘Street Rave’ EP is out now on Trick 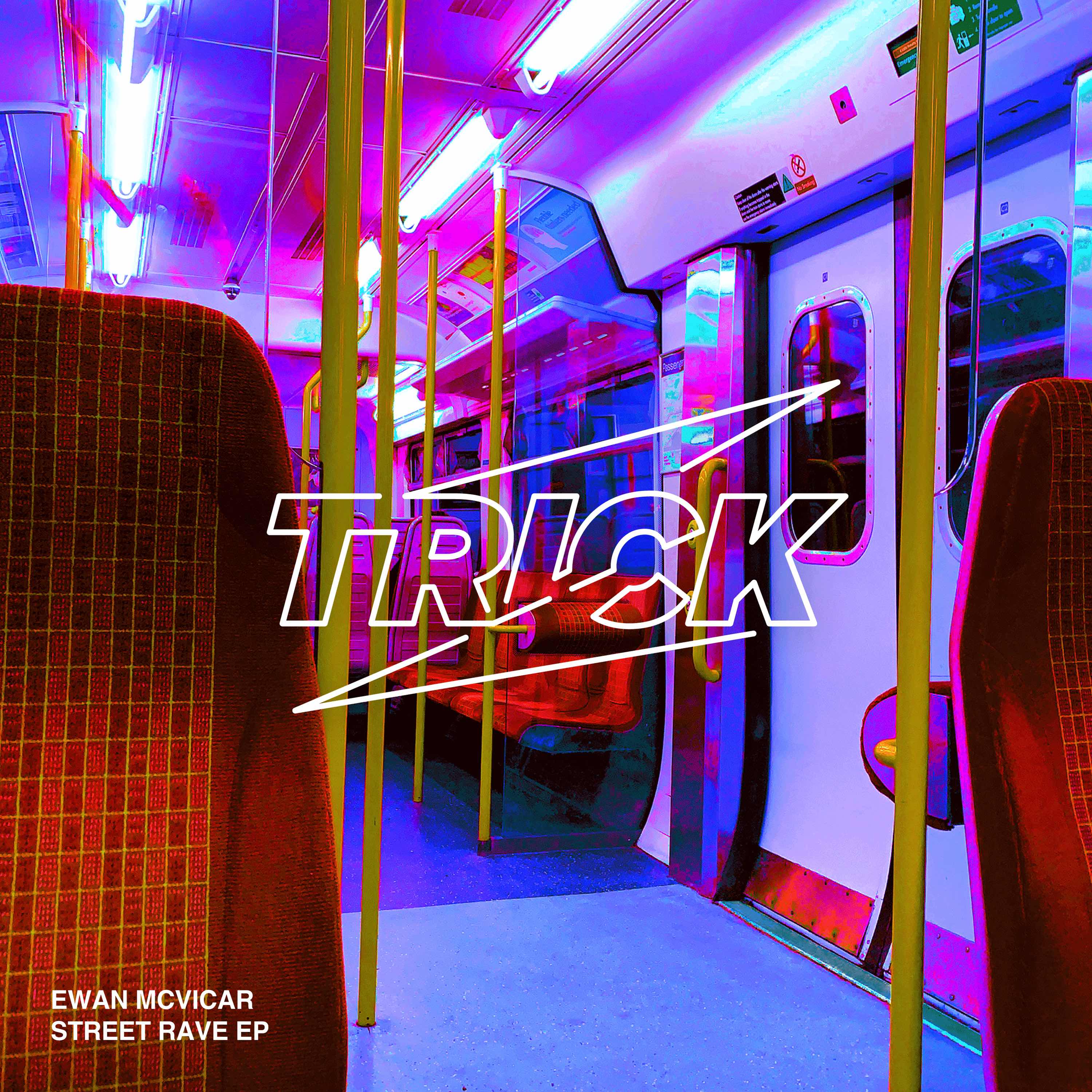 Stream and purchase across all platforms here
May 07, 2020 By Contributing Writer