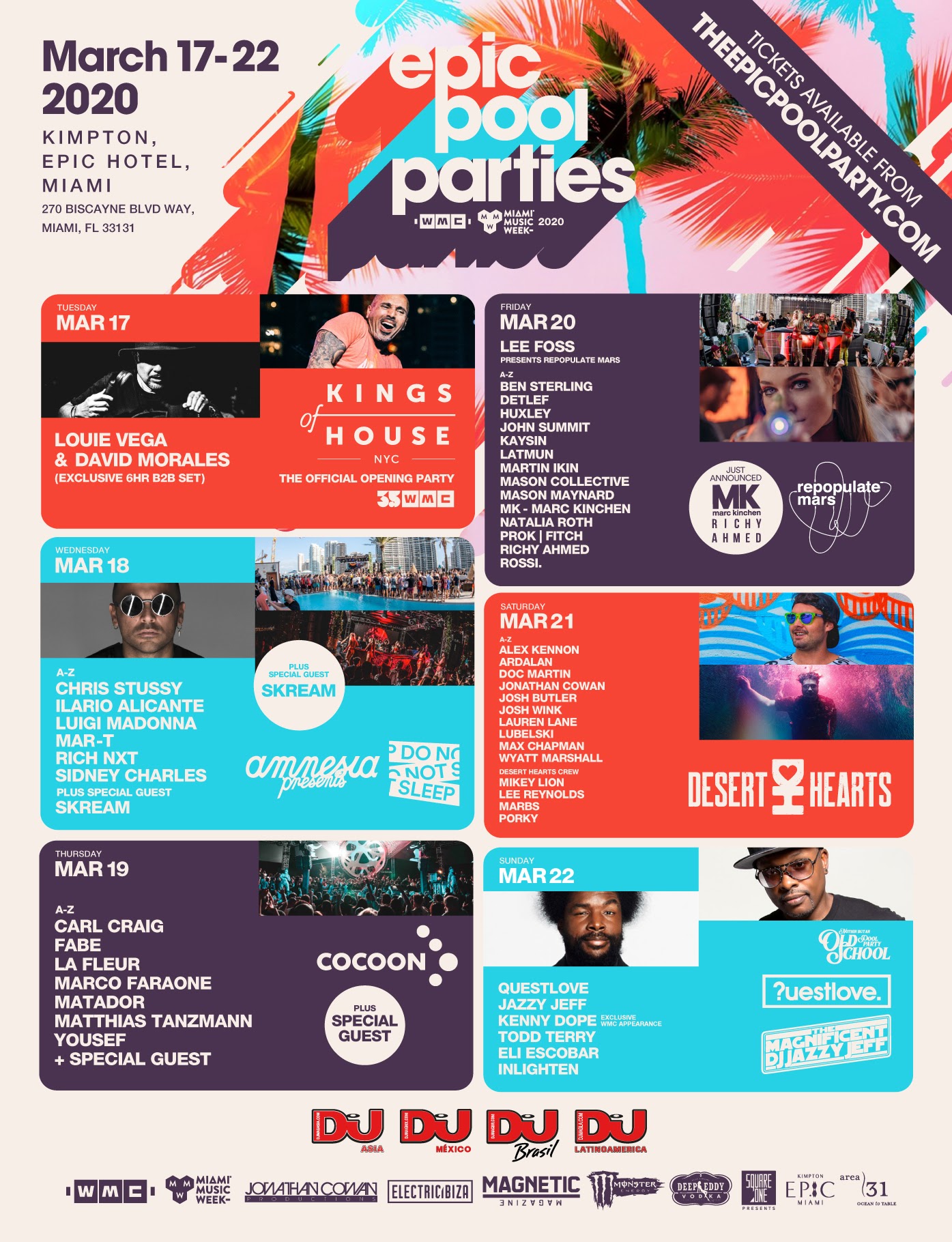 The sensational week of Epic Pool Parties at Kimpton EPIC Hotel comes to and end on Sunday March 22nd with a proper old school pool party headlined by none other than musical royalty Questlove and DJ Jazzy Jeff, plus an exclusive set from Kenny Dope, New York pioneer Todd Terry and Eli Escobar with local man INlighten rounding things out.

What better way to end this marathon week of high class, cutting edge parties than with a fun-filled throwback to the old school. The Kimpton Epic Hotels gorgeous pool will bounce to the very best sounds from some key foundational figures. What can be said of first headliner Questlove, one of the most accomplished drummers in the world, someone who has worked with everyone from Common to Erykah Badu as well as his own multi-million selling band The Roots and is the in house band on Jimmy Fallon’s iconic Saturday Night Live. The musical encyclopaedia brings an extraordinary array of skills and sounds.

Then comes Jazzy Jeff, the American DJ and producer legend who, after many years, continues to bring huge success with his solo projects, collaborations, mixtapes and live shows. His love of music shines through in everything he does. Over the course of his long and storied career, DJ Jazzy Jeff has achieved many accomplishments including a DMC Championship and multiple GRAMMY and American Music Awards and nominations. But he is a humble man who is still doing it as his 2002 hit said: “For Da Love of Da Game.”

Playing his only set of the week in Miami will be the giant figure that is Kenny Dope, one half of Masters at Work and a studio wizard who has been devouring all things funk, house and hip hop for decades. His pioneering work in the 90s gave rise to a unique take on house that continues to this day. Next is another big hitter, Todd Terry. Over the course of 30 years, the American producer has turned out chart topping hits as well as underground anthems. Bringing a sense of swing to house music, his huge kicks really make an impact on labels like Freeze, Ministry of Sound and many others under a range of aliases. He is a true pioneer of the genre who still commands huge audiences and even more respect. Last of all is Eli Escobar, the Classic music artist who mixes up all forms of house and disco and has long been one of New York’s vital players. He is joined by local star INlighten. 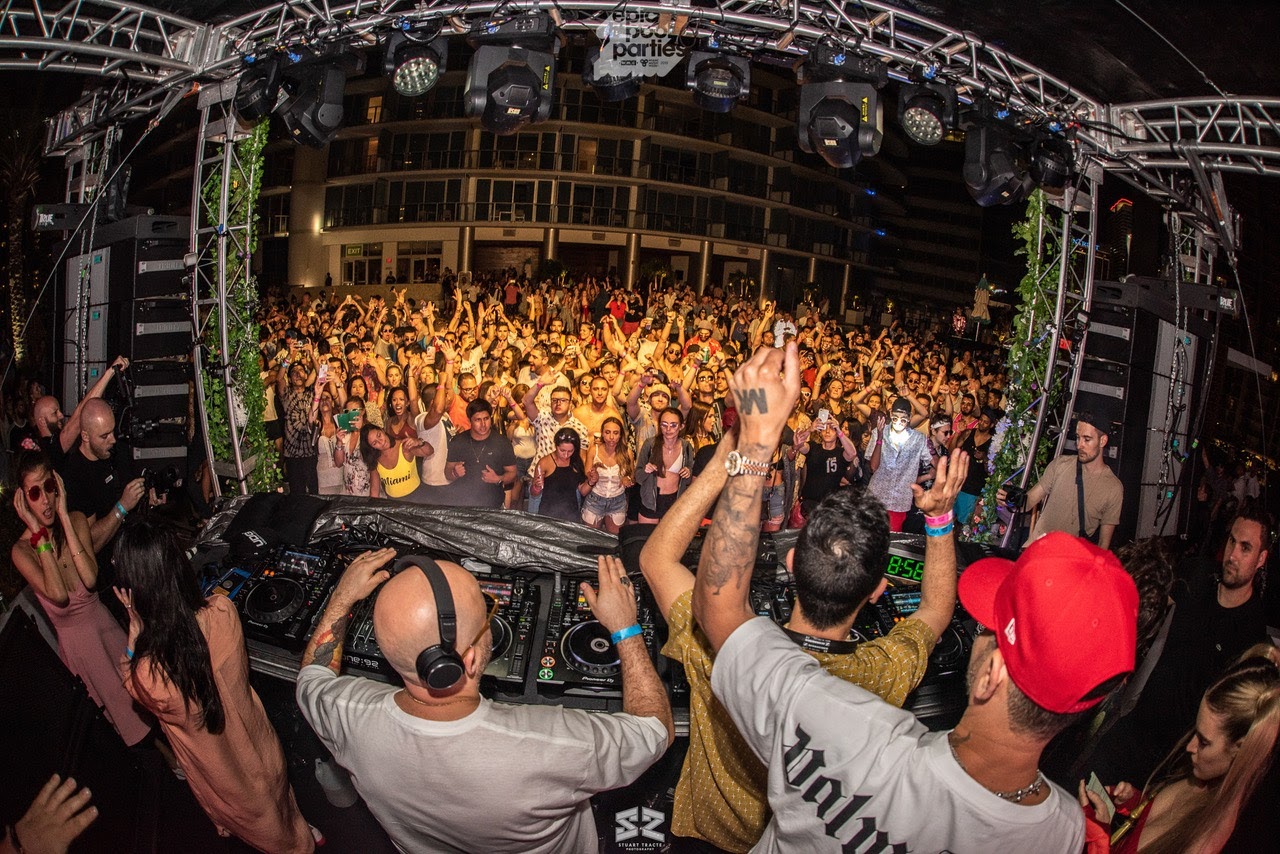 On Thursday March 19th, Cocoon takes charge. It is the most renowned techno party in the world thanks to its iconic Ibiza residency. Expect the full show and carnival atmosphere to roll into Miami with none other than Detroit’s techno pioneer and Planet E boss Carl Craig heading up proceedings. His classy and timeless styles will be joined by the ever on form Marco Faraone, the hard hitting Irish man and sometime Minus associate Matador, Watergate’s La Fleur who brings a deeper style, plus Moon Harbour’s tech house godfather Matthias Tanzmann, long time UK heavyweight Yousef from Circus Recordings and a set from the revered Fabe with a special guest yet to come.

This final reveal is a huge one that ensues there can be no better place to spend your week in Miami than at the Epic Pool Party series. 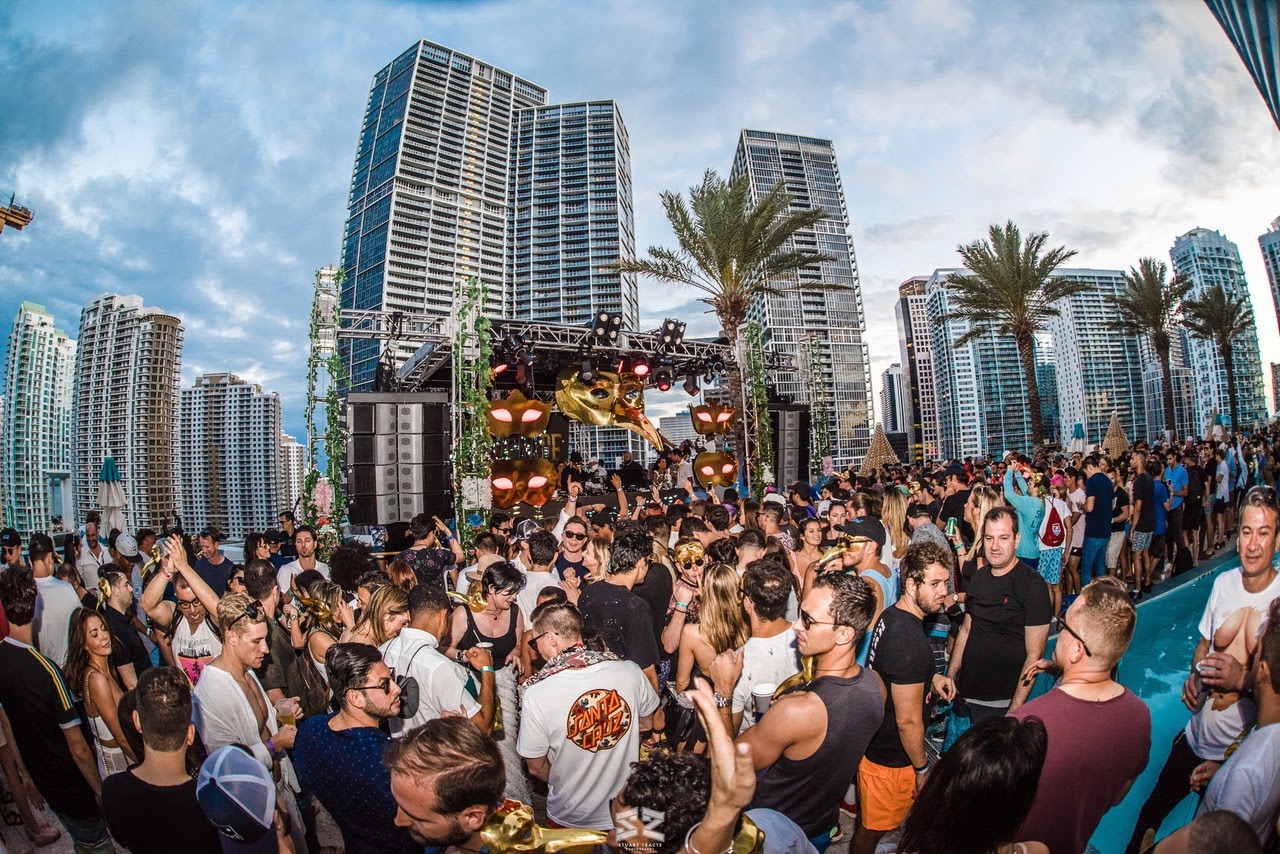