Envision Festival Drops the Wildest Lineup Ever Delivered to the Jungle for 2019! 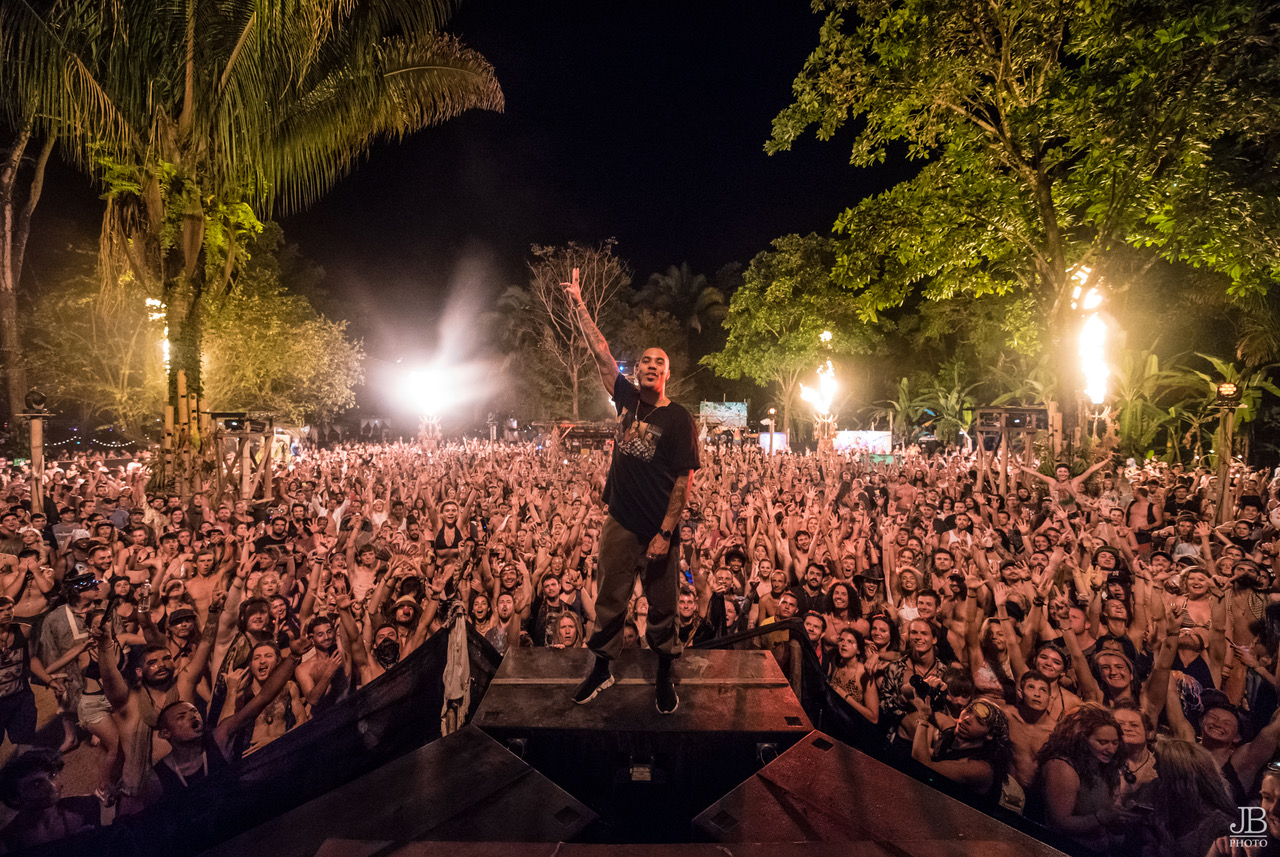 the announcement continues the festival’s tradition of serving up heavyweight performers alongside stylish, avante-garde talent from the most culturally rich underground communities in Europe and the Americas. As a known launchpad for Latin America’s top producers and a popular bucket-list item for top-shelf tastemakers across the world, Envision is committed to proving that lineups can be culturally diverse and still arrive stacked with a bevy of talent with an unmistakable must-not-miss allure.

The festival draws colossal headliners with house and bass music sensations that could easily qualify as ‘legends in the making’, but taken as a whole, this year’s lineup peers even further into the future with artists intentionally selected to awaken the self to a higher consciousness in alignment with the natural harmony; all on three internationally acclaimed, flame-throwing, projection mapped dance music stages built by world-class sculptors and fabricators in collaboration with local Ticos. 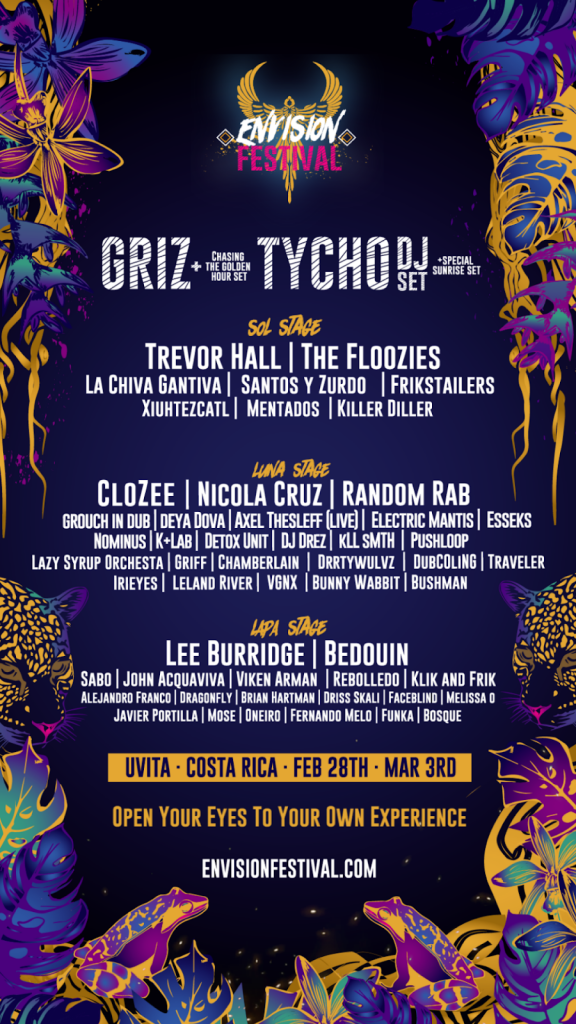 “Coming into our 9th edition, we really wanted to step up our game. We created a diverse and extremely strong gathering of well-established international artists and local emerging talents. Without a shadow of a doubt, we are proud to announce the best lineup in the history of Envision!” Josh Wendel, Envision Festival Founder said of the announcement. “The creative and conceptual process behind our stages is another core element of our production and identity. We create a 360-degree sensorial experience not only through high class music, but also intricate visuals and captivating performances. The unbreakable bond between some of the most talented woodcrafters and local bamboo builders is reflected in all our creations, and we’re honored to share the love and the care behind our designs. Each stage will be an entirely new build this year, and we can’t wait to share them with you!”

Challenging the status quo, Envision 2019 is a music and art festival, locally crafted to deliver a new, holistic spin on the conventional music listening experience. Progressive icons of social consciousness like Australian sacred bass specialist Deya Dova and Denver-based climate activist Xiuhtezcatl emphasize vision found in the 8 pillars of the event, while featured headliners like the Hawaiian hybrid, Trevor Hall, continue a tradition of flavorful folk, reggae and roots. Elektro funk pioneers, The Floozies, will also serve up jams from the jazz capital in the heart of Kansas. San Francisco’s Tycho, is set to present a smooth psychedelic ambiance alongside the dark house beats from Bedouin, for a delightful combination of sweet and savory that is seldom experienced in the jungle. Next, Envision delivers the sounds of Burning Man, with timeless legend of Robot Heart and ‘All Day I Dream’ leader, Lee Burridge alongside the latin house fusion aficionado fresh off the Mayan Warrior, Nicola Cruz. Then Sabo, the globally recognized dance music legend stops by with a tropical flair we’ve all come to love about the event. CloZee makes her 4th appearance at the festival, both as a fan favorite and as France’s most valued export in kundalini-blasting bass music. Also from France, the explorer extraordinaire, Viken Arman, will draw on roots in classical, jazz and ancient rhythms. In the final top spot for the phase 1 announce, Envision looks forward to introducing Detroit original and soul-funk marvel Grant Kwiecinski for a must-not-miss debut performance of GRiZ on the Luna Stage. As a haven to bass-lovers and the most advanced display of pyrotechnics among our three masterfully crafted stages, the Luna Stage is a monument to the staggering ingenuity of our teams and the endless creativity of the (almost) all-girl build crew at the Reliquarium.