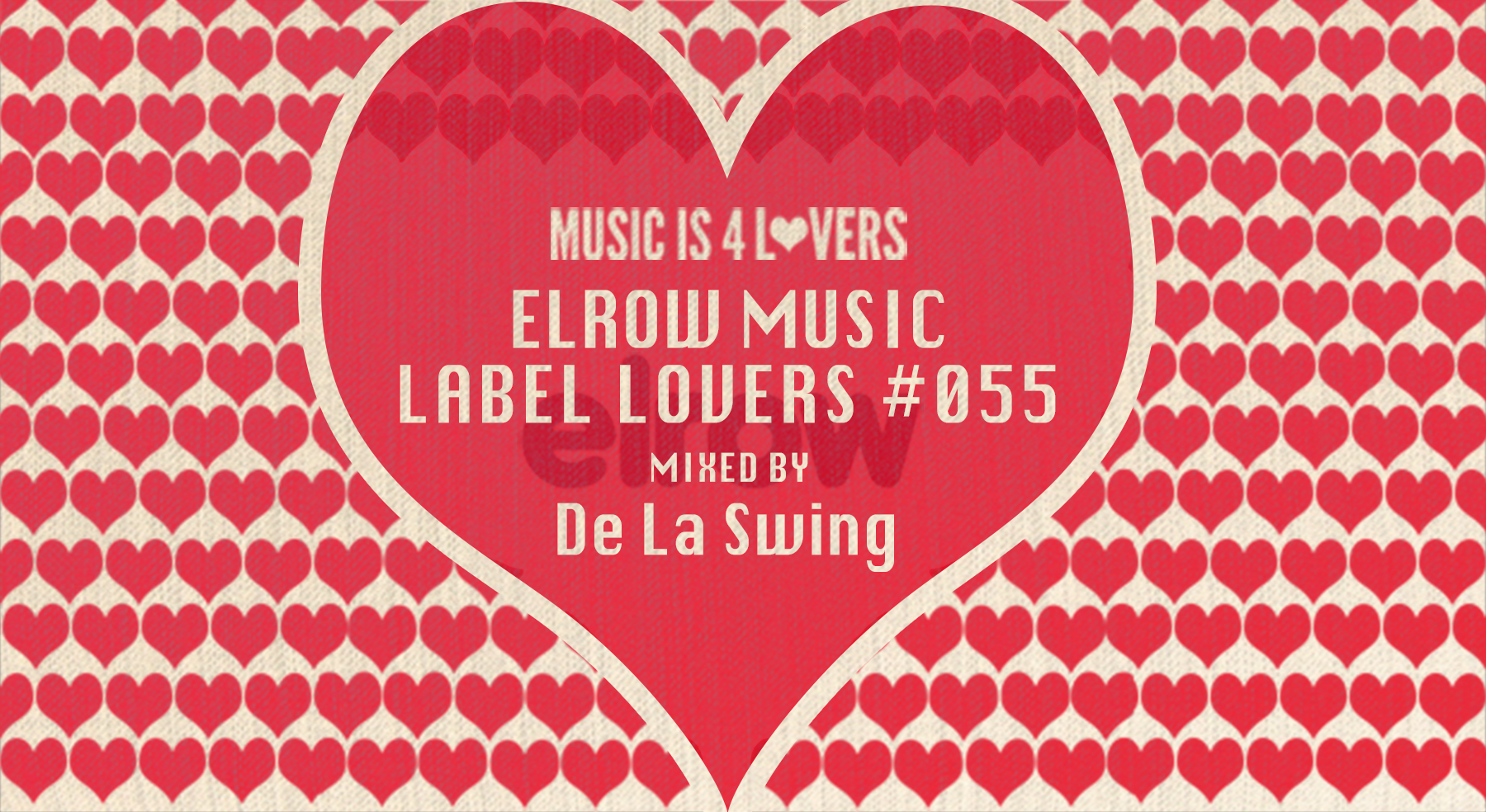 We are incredibly excited to bring you the 55th episode of the Label Lovers mix series, featuring one of the most prolific, and well known imprints in the world, elrow Music!

Run by Domingo Bellot, aka De La Swing, elrow music has been on the forefront of electronic music since 2012, while the elrow party brand has been successfully throwing the wildest parties in the world since 2008.

We had a chance to sit down with De La Swinga and have a chat with him about the history of the label, his take on the shift in sound in the scene, and where he sees the future of the imprint going. Make sure to check out the interview below the break! 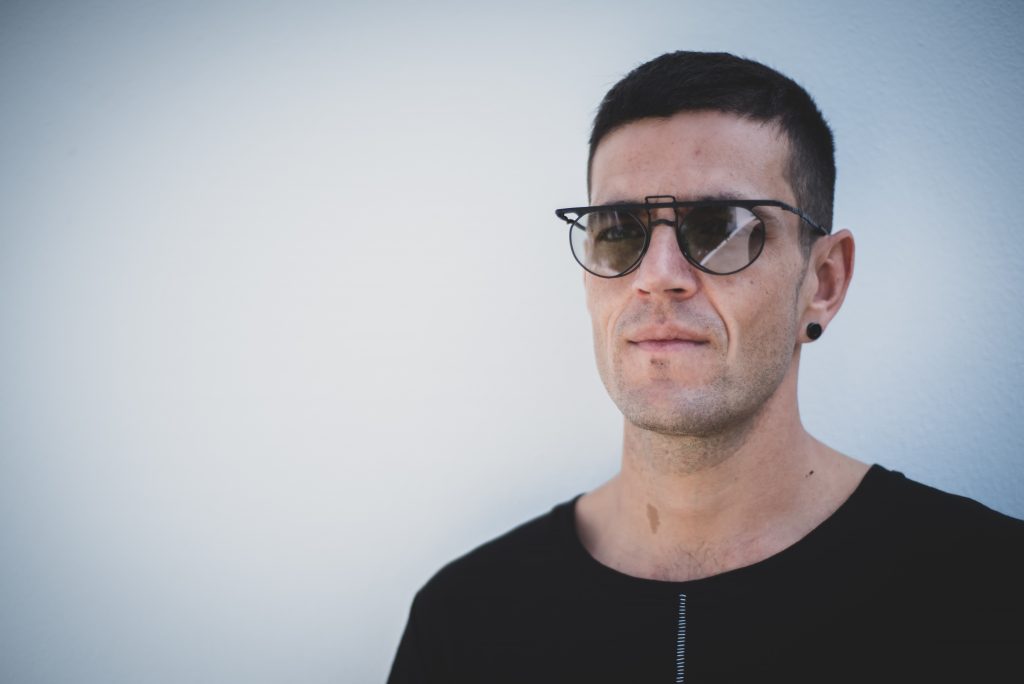 Hi Domi! Thanks for taking the time to chat with us about elrow music! Let’s start with a bit of the label’s history. When did you decide to start elrow music as an imprint, and what was the artistic direction behind it?

Hello guys! Thanks to all Music 4 Lovers team for the interest in knowing a bit more about elrow Music label!

elrow Music (elrow spelled all in lower caps) was born in mid 2012, with the main objective of releasing music from the brand’s residents. Something as basic as each artist from elrow roster sending his/her music to the office. But there wasn’t anyone fully dedicated to the task of organizing the label, until I volunteered for the task. In that moment, the label started signing up to the different platforms and digital stores, start contact with distributors, schedule releases and ask for the artwork designs to the in-house designer. In that time, nobody knew how a real music label worked and it started in a selfless way, but at the same time there wasn’t an established music criteria, a unified brand image, didn’t do any kind of promo or PR of the releases… Music was just being uploaded to the cloud…

By the end of 2013 I decided to volunteer and start managing the label. I prepared a market plan, with consolidating a sound that had elrow’s DNA as first objective. A sound that gave a glimpse of the craziness of its parties. But also there were other things to take care of, like homogenizing our cover arts, getting music from the artist that we elrow residents liked, that use to come often to elrow’s parties. But it wasn’t easy. At first many didn’t want to collaborate with the label, so I decided to post a promo mail address, to take demos from unknown producers, and little by little the label started to take a little of color…

By summer 2016, we had the great fortune of releasing an amazing Ki Creighton EP, with Max Chapman and Waze & Odyssey’s remixes. I met the guys a few months before that, and told them I was managing the label and that I needed a push, because the releases weren’t getting much attention. But their release of four tracks was an absolute success! Next month I was in New York and woke up to the news that elrow Music was Top 1 in the tech-house charts with Max Chapman’s ‘Body Jack’. That day I was jumping in joy all day, knowing that after 3 years of hard work, my job was starting to pay off.

Thanks to that Nº1 in Beatport, we started receiving pretty cool demos, from artists like Paco Osuna, Technasia, Supernova, Solardo, Hector Couto, Cloonee, Bontan, Hauswerks, The Mekanism, Reelow, Matt Tolfrey and more. The musical line also started having a clear homogeneity and, without realizing it, the label had a true identity, new and more elaborated covers and we started signing the releases to promo pools through our distributor.

On Christmas I woke up to a very special mail, with 3 demos from Camelphat & Mat.Joe. I think I listened to it about 15 times straight, and I hit the doors of the studios of CAAL and Baum (we are studio neighbors), to show them what would be elrow Music’s next step. And from that release onwards, the label start playing in the major leagues. We now had an established label and learning all of that on-the-move, self-teaching ourselves, was the part of the experience that I most treasure about running elrow’s label.

In Mach 2018, Agus Arbol (Baum), former A&R from Suara, knocked on my door and proposed me to work together. He knew I had less and less time because of touring (from 12 to 14 dates a month), and I instantly said “Yes, please!”. In just a few months, Agus took the label to the next level. He has taught me the professional guidelines and he has supported me very much in my idea what kind of musical selection the label should have. We form a very good team till today, with almost 200 references in the catalogue.

We’ve seen a continuous success in all the releases the imprint has put out. What is it that you look for in a track when you’re considering signing it?

elrow Music is, mainly, a tech house label, but it opens it doors to house, minimal, disco, deep and even techno. But the main ingredients for these records to be published by us are groove, energy and fun. We like to complete our B-Sides with a different kind of tracks, something original and eclectic. We don’t care to risk a bit if we feel that the producer wanted to innovate, with common sense of course.

Over the last few years we’ve seen house and tech house start to change, and artists’ sound shift into different sub-genres. Do you see the sound of elrow also starting to change? If so, where do you see it going?

I have been directing elrow Music almost 9 years now and its obvious that music has changed. It has been like different cycles, with each year seeming like the housier side of the spectrum is back, with disco influences and higher BPMs; the other with a bigger techno presence and tech house artist adapt themselves using acid and distorted sounds; or this last year, in which the minimal or deep tech spectrum hit hard. In my opinion, over the last 2-3 years we have had burnt that UK tech house sound – very electric – and now we’re back to the minimalist expressions, which is more timeless and is always coming back. That, of course, excluding what you can see in big festival stages, for more than 2-3 thousand people, where the crowds ask for a more mainstream style and selection.

Having said that, and with Baum’s help, in the last year we’ve been selecting demos with a more underground type of tech house sound, that respects the ingredients that are key in elrow Music’s sound signature: groove, joy and fun.

Last year you started a sub-label elrow Limited. Can you give us some info on that, and what were some of the reasons for starting that imprint?

elrow Limited was born in March 2019. Something is happening in the scene and the sounds are changing. We are starting to get really cool demos from the most minimal / deep tech / deep house spectrum, but that we can’t release in elrow Music, because first, we don’t to compromise the musical line of the label. Second, we don’t have enough slots to release so much music and we don’t want to saturate the label, maintaining our 2-releases-a-month policy. And third, the idea of opening a new label, with a more underground identity, gives us a wider scope to start watching producers that are not directly tied to the tech house sound.

Let’s talk about the future. Over the next 2-3 years, where do you see the creative and artistic direction and sound of both elrow Music and elrow Limited going?

I think that the new cycle for the scene started by mid-2019. These cycles, most of the times, invoke new talents or artists that grow very fast in very little time. They bring a fresh sound and revolutionize ravers. This last year, many new artist have come to light, the most clear example are Dutch artists that were in the shadows, and nowadays are in DJ booths all over the world.

Agus and I are going to keep reflecting this changes in elrow Music, but without altering the label’s DNA. As far as elrow Limited, we can allow ourselves to be more purist, because its identity is just about that.

Lastly, if you had to choose five tracks that truly embody the sound and vibe of elrow, which ones would you choose?