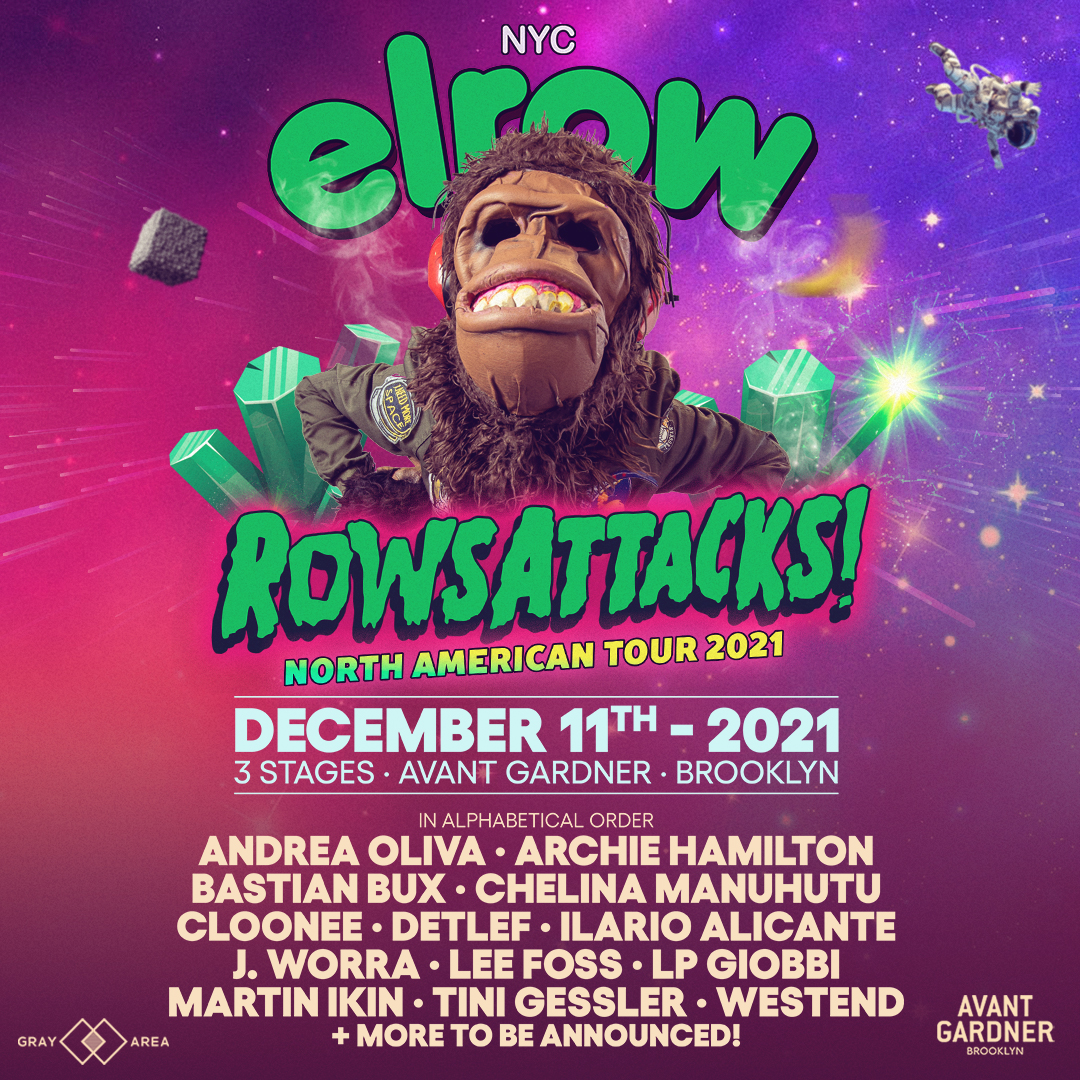 Following the massive success of their North American return for the July 2021 sold-out 10 hour extravaganza, today international party purveyor elrow announces the phase one lineup for the next New York edition of its otherworldly Rows Attacks! part of the North American tour. A mothership’s worth of partying, Rows Attacks! also includes dates in Chicago (November 20) and Miami (December 4). The event’s theme is a classic take and call back to the absurdism of 1950’s sci-fi pop culture.

elrow is known for its out of this world extravaganzas featuring some of the most original themes, performers, and the trendiest global house music DJs, and all of these elements will be on display in full force as the event conquers the continent. Expect intergalactic sounds from the world’s best DJs, interactive performances from cosmic acrobats, out-of-this-world art, and fellow aliens from all across the galaxy dressed up for the occasion.

As one of the most sought after experiential events in the world, elrow’s strength comes from its reputation, with NPR calling it, ‘the leading adult clubbing brand’.  Since its 2016 U.S. debut in NYC which attracted 800 attendees, elrow has steadily expanded its footprint in the United States, growing in notoriety and reputation. It now attracts more than 5,000 revelers per show as it heads into its fifth year of its New York residency. The New York Times gave praise, calling it an “art and music extravaganza … a roaming celebration that is part Cirque du Soleil, part Alice In Wonderland.” elrow hosts the globe’s craziest parties to attend right now with North American residencies in New York and Las Vegas.

“The Médicis of raving” -THE GUARDIAN

“A Worldwide sensation… arguably one of the most popular global parties currently.” -FORBES

“A themed ‘happening’ … a premium on the entire clubbing experience.” -VARIETY

“One of the most successful and outlandish party brands around the world.” -BILLBOARD