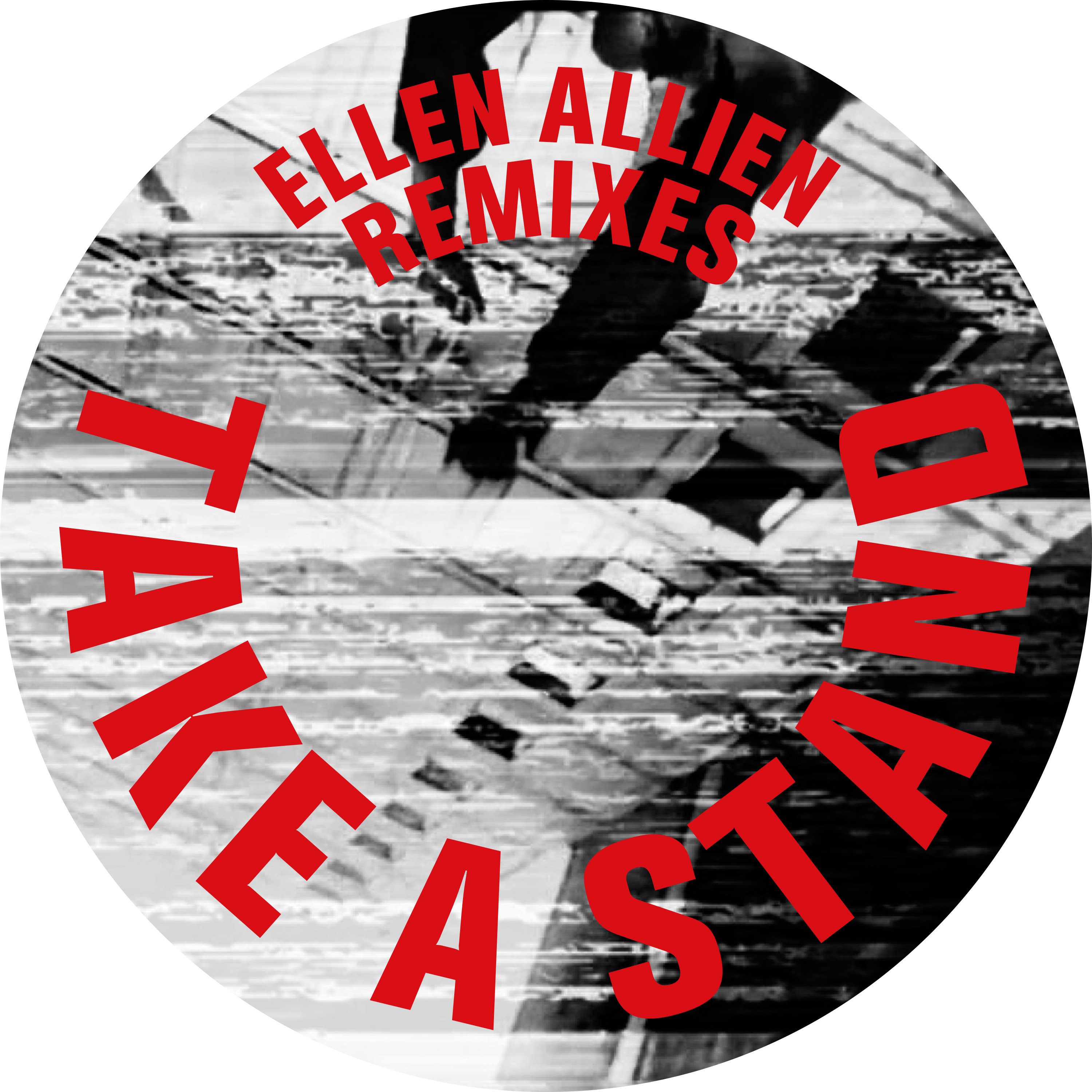 In Kobosil’s rework, we see the young Berghain resident’s fuse euphoric rave music with industrial brutalism. Kosobil warps Allien’s shouted slogan “Take A Stand”, turning it into a haunting curse that  takes you on a mind trip.

The B-side is opened by none other than Chicago’s K’ Alexi Shelby who proves that house and techno were born of the same cell. In true Chicago fashion, Shelby delivers a jacking house track that utilizes looped vocals, a driving bassline and clattering percussion.

Argentina’s Jonas Kopp stays true to the original’s riotous energy with his rendition. Adding his own hypnotic rhythm, Kopp brings listeners into a deeper state of trance, while maintaining that strong, relentless bass.

“Take A Stand” remixes are available for purchase here.