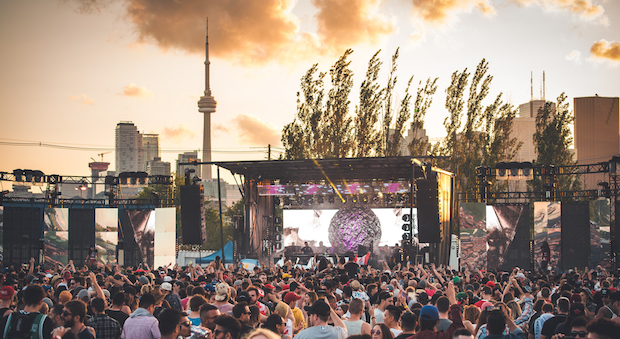 Electric Island, Toronto’s premiere open-air techno series, has announced the date and lineup for its third installment this summer. The upcoming event will take place on Civic Day (that’s Monday, August 7th for non-Canucks) and will bring together some of the most influential artists in the scene.

Electric Island Civic Holiday boasts an incredible lineup of experimental musicians, spread across two stages at the beautiful Hanlan’s Point just off the coast of downtown Toronto. Jackmaster and Mano Le Tough will join Russian techno pioneer Nina Kraviz and live-hardware whizz KiNK on the main stage, while Deetron and Dâm-Funk will hold down the second stage. Toronto locals Nature of Music, Greg Gow, Addy, and Jeremy Stott will set the vibes for the afternoon and evening celebrations.

Earlier this month, Electric Island brought in fellow Canadian heavyweight Richie Hawtin for an unforgettable evening celebrating Canada’s 150th birthday. Electric Island aims to re-capture those ineffable moments on Civic Day with what will surely be one of Toronto’s most memorable summer nights.