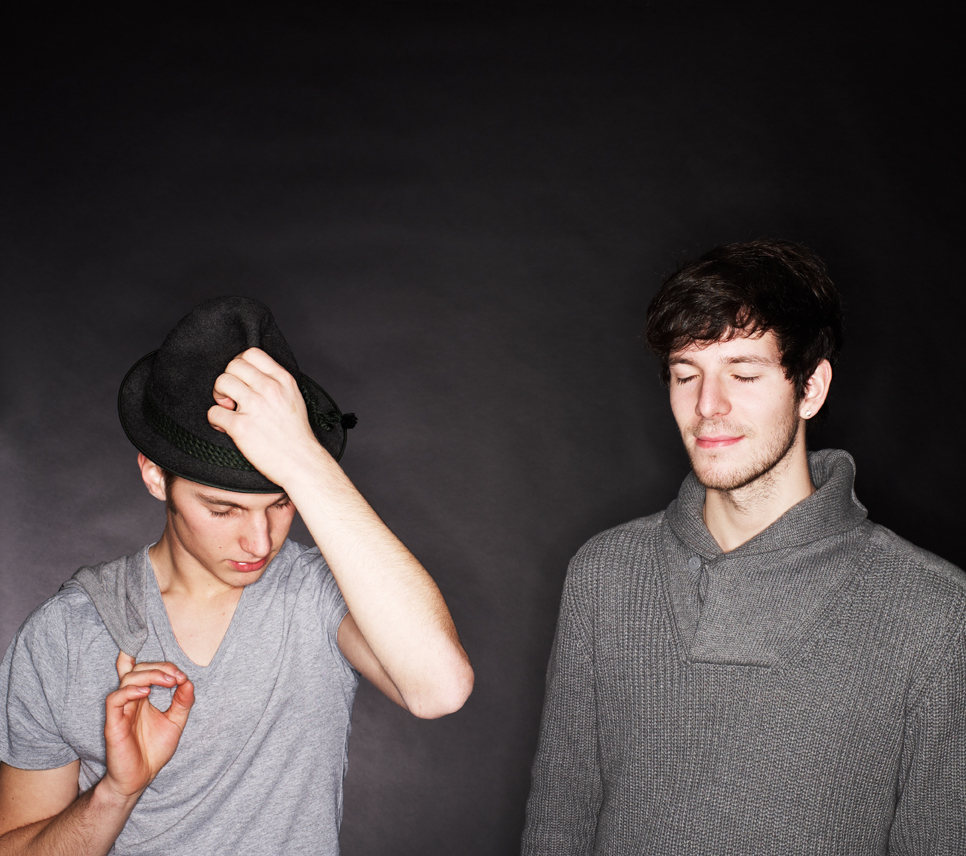 With drive and a bit of talent, you can move mountains. Exactly the same with Dürerstuben. Since, everything that has ever been of musical importance to Dürerstuben, has found its way into the distinct style of the two german gentlemen. From the roots of modern twelve tone music over Claude Debussy, Roger Troutman, Quincy Jones and Metro Area to the House and Disco of the 80’s and 90’s and of course the Techno of the first decade of the new millennium. All these influences contribute to Dürerstuben’s ambitious desire to create music with mood, soul and character. With this goal, the two friends have been producing pieces that move away and at other times towards musical mainstream, putting emphasis on the music’s ability to move people’s minds and bodies. Let’s see what’s going on with these two dudes right now, who have released on labels like Pampa, Get Physical and Monaberry.

Hi there, pleasure to be with you. We´re great actually. The year started out rather quiet but we quickly picked up the pace and finished a lot of new music. We also just finished up a few great collaborative works, so we`re pretty excited to share lots of upcoming material real soon with the world.

Can you tell me about your start as producers back in the days?

We actually met by coincident. Starting out producing hiphop beats individually, we once met and also produced a track together but then lost touch for a while. A year later we met again for a little jam and quickly discovered we had developed the same common interest in the recent club music at that time, so we started working on the first tracks, moved in together and quickly decided to play live and produce music under the alias Dürerstuben.

We listened to a lot of house music back in the days as well as 90s hiphop, classical music, but also lots of 70s and 80s disco. So pretty eclectic. There is simply too much great stuff out there.

How do you define house music and what you love most about it?

a lovely evening with friends, a nice open air somewhere out in the woods around the city. It eventually found its way into our name as well, as “Stuben” in “Dürerstuben” is an old german word for “cosy living room”.

Your latest Remix is out now on Monaberry. Would you take us through how you tackled this remix from a creative approach?

This is actually the first time we approached a remix in a more club-oriented manner. We basically went with the first idea that caught our attention while listening to the original stems. That was the arpeggio of the original song and then we recorded the drums on top of that. Next we added the italo disco bassline and from there pretty much went for that vibe. So, the piano parts and clap add ons are supporting that feel. However, we wanted to break that momentum by introducing a more modern and housy kind of breakdown part. We layed down the percussive elements for that and built up a harmonic context to establish the right space for the vocalparts. The rest was more or less just subtle effects here and there.

What gear do you use in the studio, and does that matter? Does that effect your sound?

…most of the time when it comes to properly laying down the parts for each section of a song. So, yes we would definitely say, that the gear we use influences our sound but most likely just because of its capabilities and not because of the gear itself. Its just different to tweak a real Rhodes vs a vst one for example. The real thing often offers much less possibilities and has more limitiations, which is great. So that’s why we mostly work analog which makes deciding on certain sounds for example much easier for us. We think it is mostly the way we as people listen to things and how we use recordings rather than what we use that makes our and everyone else`s sound unique.

What has been the best moment, memory or set of the year for you?

Going through the process of founding a label and starting out with a new series of releases was crucial for us and felt really releaving. So that’s why we started the “Stuben Single Series”, which is our selfmade little island for putting out stuff we like whenever we want to.

What can we expect from Durerstuben throughout the upcoming months?

We have a lot coming up. There will be a couple of singles with our new format “Stuben Single Series”. We contributed a song to a compilation on one of our homelabels “laut und luise” that will be out around Christmas. And we will release an EP that we`re putting out final touch on atm.

What targets, goals, hopes and dreams do you have for 2020?

We hope to get more people involved into future releases like collabs on different levels. Proceeding to put out music at our own pace, with our own ideas and to have a creative outlet that will be able to entertain and stimulate people through our aforementioned ideals of house, of Stuben, of harmony.