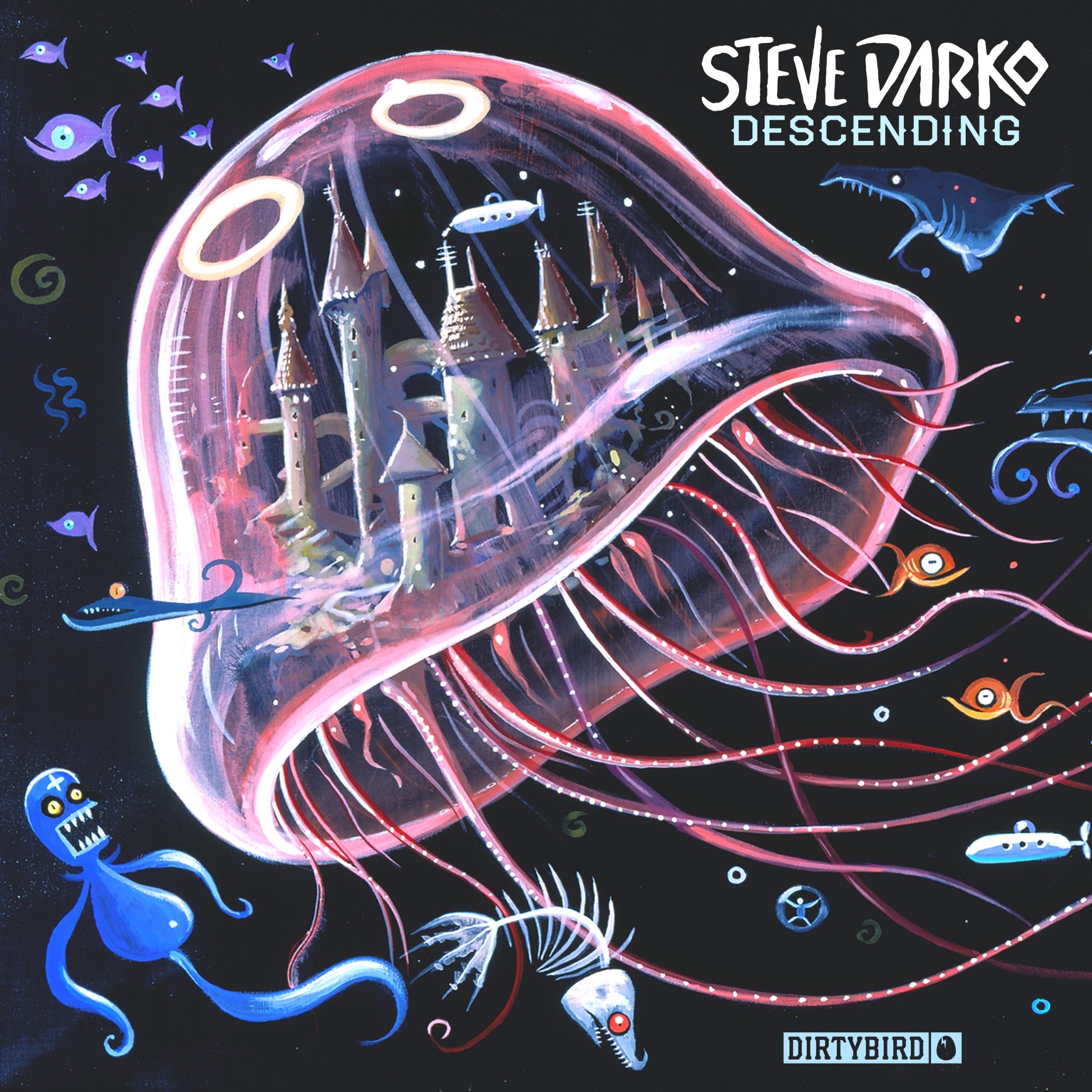 Today, Steve Darko has announced his debut artist album,‘Midnight Swim’ with the double-sided ‘Descending’ single—out now on DIRTYBIRD. The full length effort features fourteen tracks, each building upon the ingenuity and cutting edge sound design that attracted the label to the budding talent just a few years ago.

Darko’s journey to defy expectation begins immediately in both singles out today, “Descending” and “Red.” The former stirs tension with its high reaching pitch before “Descending” into a menacing hook marked with heavy percussion. It fits easily into the darkest depths of the producer’s catalog, a welcomed departure from the producer to watch. Meanwhile, “Red” pays homage to the halcyon days of acid house while maintaining a modernized arrangement. Rising Floridian star and fellow DIRTYBIRD mentee Nala added a futuristic touch to the finished product with her vocal talents. These sonics stand in direct contrast to “Descending,” pointing to just how dynamic and multifaceted a record ‘Midnight Swim’ will be.

The album is not just a platform for sonic exploration to Steve Darko—it’s ultimately a tale of balance in life, of dark and light. Even its title captures those moments of levity amid a pitch black backdrop. Written largely during a time of global uncertainty and forced lockdowns, ‘Midnight Swim’ in itself was a way for Darko to find his own freedom and catharsis despite grim surrounding circumstances. The project is a manifestation of balance in his personal life; though his work as a full time developer with music production software leader iZotope brings him fulfillment, he holds an equal passion in creating and playing out his art to the world. ‘Midnight Swim’ was thus an exercise in perseverance, and of reconciling these two driving forces.

“I’m beyond excited to release my debut album ‘Midnight Swim’ to the world! Writing it has been such a fulfilling experience and a much needed change of pace for me as an artist. I wanted ‘Midnight Swim’ to showcase my signature style and venture into new sonic territories, but most importantly bring a sense of joy, excitement, inspiration, escape, or curiosity to its listeners. Massive love and thanks to everyone involved with this project – it’s really a dream come true.” – Steve Darko

The album also speaks to the power of collaboration, an art Darko has always embraced as an artist. He employs a multitude of guest artists for the affair, including Claude VonStroke, VNSSA, Rachel Alix, and of course, Nala, to name a few. Nearly half of the LP contains guest writers, which work to push Darko further outside his comfort zone. Each collaborator played a unique role in bringing his vision to fruition, helping to shape the eclectic and wide reaching nature of the record.

DIRTYBIRD’s core ethos has always been about pushing innovative music from the brightest stars of tomorrow—an ethos the brand has reinvigorated heavily in recent years. In providing Steve Darko full support to create the album he envisioned for himself, the resulting patchwork of genres, styles, and instrumentation drives in their staunch commitment to this philosophy. In return, ‘Midnight Swim’ is Darko’s way of pushing both himself and his label family into the next chapter.