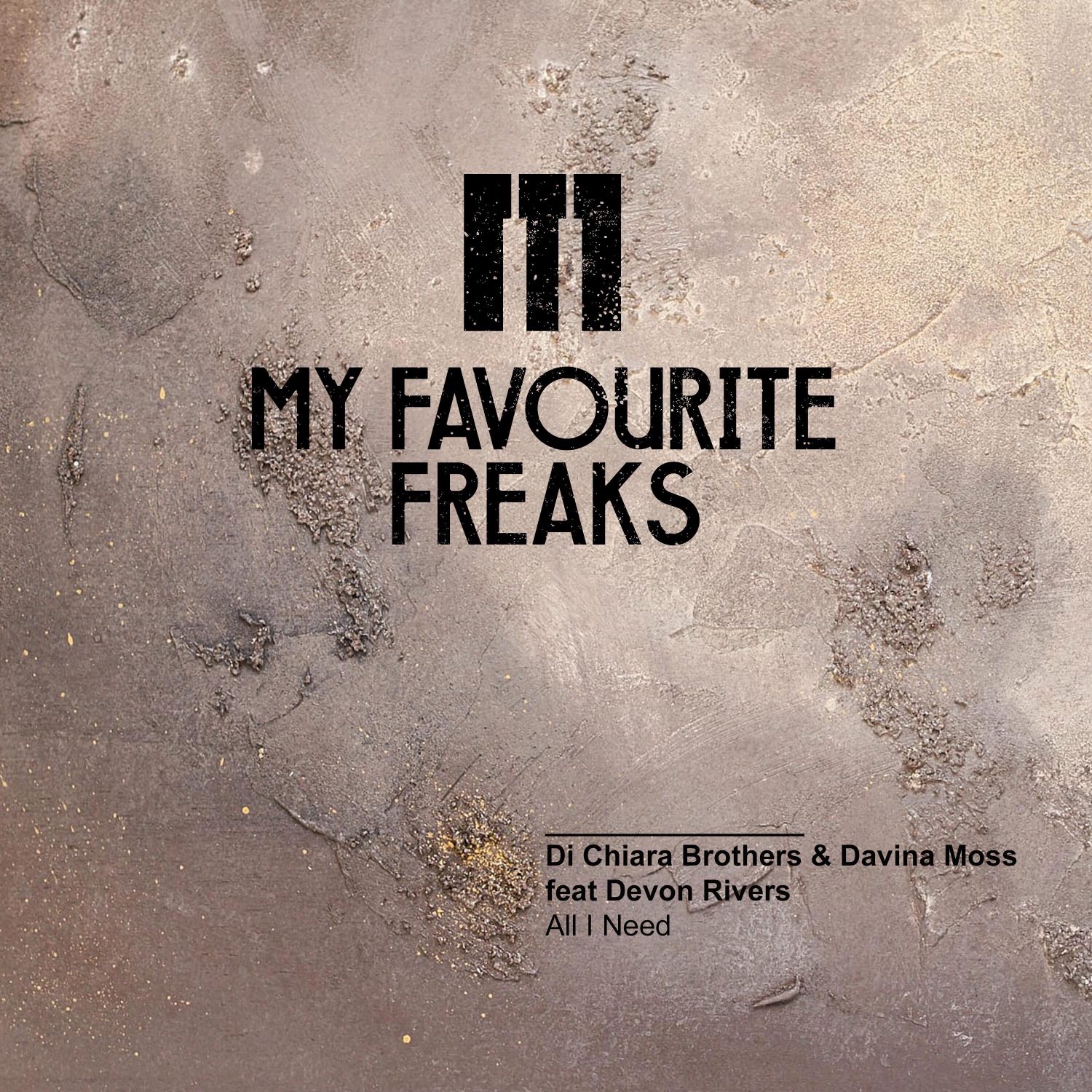 Lead track “All I Need” features a strong vocal by Devon Rivers, a fat bassline and a weird synth which makes this track work on the dancefloor. “Shake” also comes along with a vocal of Divon Rivers and a wobbling bassline. ”Shake” also comes along with a vocals by Divon Rivers and a wobbling bassline. Simple percussion accompany the track perfectly and ensure for a twist in the groove. With both tracks making for peak-time, the All I Need EP is all you need to make the floor burn.

Michele and Davide, also known as Di Chiara Brothers, raised on an intense and premature pas-sion for house music since the early adolescence. The taste and track selection that distinguish them turned out to be winning labels got interested in their projects from the beginning of their career. Their releases are commonly played by renowned and emerging artists all over the world: Lumen, Sidney Charles, wAFF, Cuartero, Hector Couto, Dosem, Mathias Kaden, just to mention some.

Also Davina Moss is making waves from Ibiza and beyond. She has headlined some of the most illustrious clubs and festivals across the globe for the last 15 years and has played to crowds of up to 60,000 in Brazil, Japan, Russia, South Africa, Israel, Australia, Chile, Mexico, Argentina and many more. Since making Ibiza her home, Davina has been seduced by the underground of electronic music, giving her music an edge that has seen her increasingly in demand performing at the coolest ven-ues on the scene. Davina’s emotive, sexy house and tech house sound has been rocking the dance floors of DC10, Pacha, Zoo Project and many more.

All I Need EP is out now, via My Favorite Freaks Music.