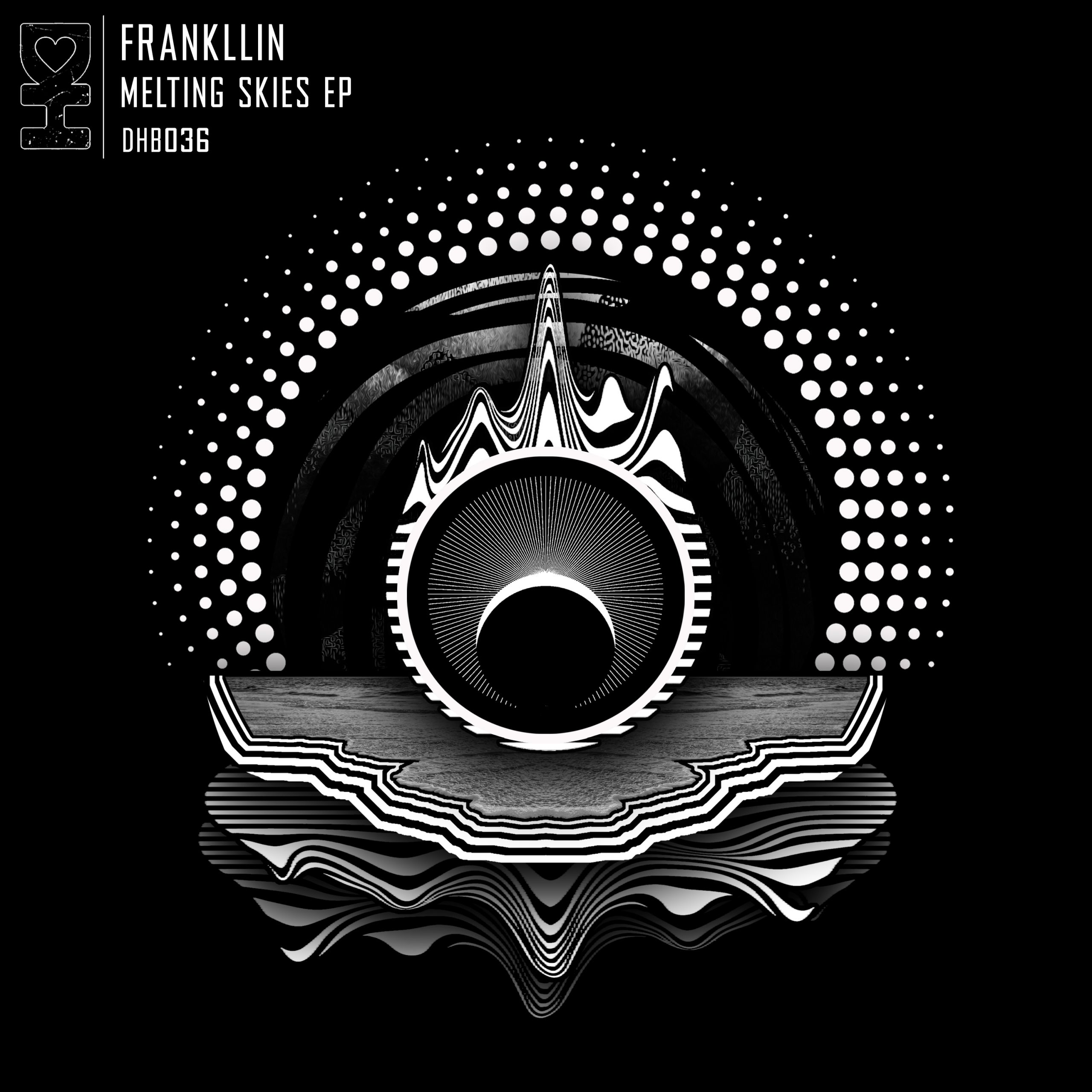 Upstart Londoner Frankllin has garnered nods from labels around the globe, but has opted to team up with Desert Hearts Black for his most ambitious release to date. The Melting Skies EP, out March 11, presents three throbbers that follow the imprint’s 2022 pledge to explore the wondrous side of melodic electronic music. This new project from Frankllin provides sonic adventurism for listeners to enjoy on the dancefloor and in headphones.

The EP opens with the track, “Grand Finale,” which offers a solid statement of intent. This moody gem unleashes powerful, empathic emotion, yet blends layers of melodics with delicious flavor. “Moody Morning” follows, fusing Berlin influences with an energetic bassline that gives off a sense of urgency. A haunting breakdown adds yet more drama to a powerful track overall. Rounding things off with the title track, “Melting Skies,” this wondrous soundscape is a heady concoction of uplifting tones, serene chord progressions, and a hint of darkness to give the track a feeling of grittiness.

London- basedProducer/DJ Frankllin has never been shy of exploring the unknown. Tirelessly perfecting and honing his sound; a fusion of rich melodic textures, hypnotic grooves, driving rhythms and the occasional warped words of his own.

Coming from a vocal background in music, he has had an unusual path into the world of House & Techno. In former years, he performed as a frontman in a live band, as well as a solo act playing at different stages at home and internationally in Berlin, Shanghai, London, Cadiz and various UK festivals.

Frankllin began venturing outside of his vocal skills and turned to producing and DJ’ing – working alongside other producers gave him a keen interest in the craft and a newfound creative path. He dived in head first experimenting and exploring the magic of analogue machines, getting deep into the world of synthesis, composition and sampling.

Following his first releases in 2017/18, he has since signed music to an ever-growing list of highly regarded labels such as Desert Hearts Black, Beatfreak, Ritter Butzke, Dear Deer, Krafted, Natura Viva, Kulto and more. His work has been premiered and featured on platforms such as Data Transmission, When We Dip and Ear Milk.

Frankllin’s eclectic and free flowing approach to DJ’ing has landed him sets at a number of venues, including London’s iconic Ministry of Sound. He held down one year residency on House FM and now hosts his own monthly show entitled ‘Beat Therapy’ on Bloop Radio London. Driven by a pure and insatiable love for the craft of music making, Frankllin will captivate your ears with a breath of fresh sounds and creativity.

Over the last several years, Marbs and Evan Casey have helped grow the DH label subsidiary, Desert Hearts Black, into a respected platform for melodic strains of house and techno. The inaugural EP Torus – a collab from Marbs, Rinzen, Evan Casey – reached the #1 spot on Beatport’s Overall chart after its singles were supported by Deep Dish and many others. The label has already seen releases from Tim Engelhardt, Dance Spirit, Thugfucker, Arude, Anakim, Rinzen, and Lunar Plane.

They’ve continued to thrive through an otherwise tumultuous year for the industry, taking the Twitch world by storm and reaching tens of thousands of viewers weekly with their music.

Desert Hearts looks to celebrate 10 years this Spring, when Desert Hearts Festival moves into its new venue of Lake Perris, California. Minds on the Run previews the label’s excitement to return to festival, as well as a renewed focus to expand on its electronic offerings. Join the Desert Hearts community for their grand return and most magical festival yet:

We Are All Desert Hearts