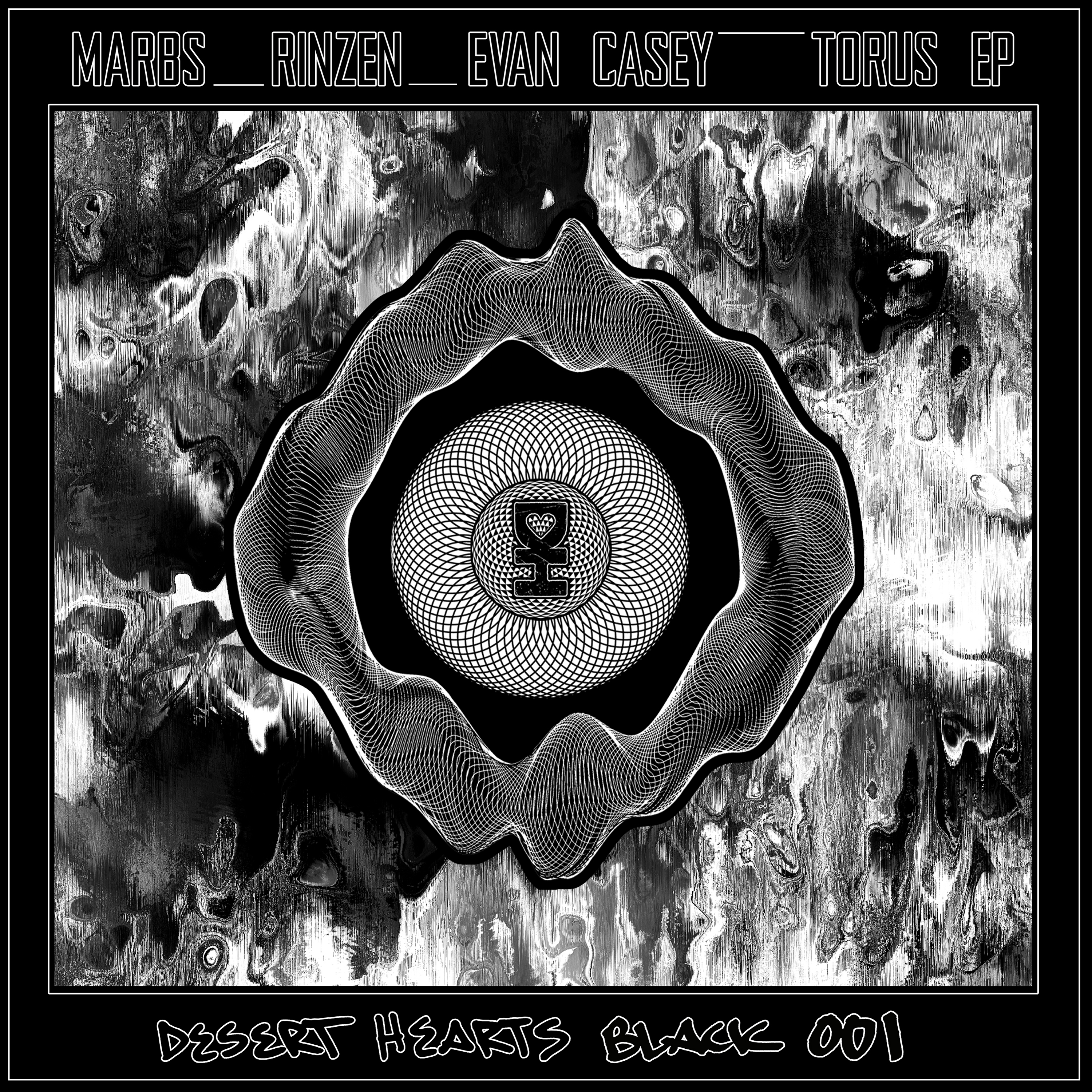 Desert Hearts is venturing into the deep end with a brand new subsidiary, Desert Hearts Black—created by crew member Marbs and Evan Casey. The two share the same taste in music and an immense trust from years of friendship, making their choice to launch their sublabel a natural one.  To commemorate the occasion, they’ve teamed up with Rinzen for a powerful inaugural EP, Torus.

The EP is a three-tracker that emulates the Desert Hearts Black ethos to a T; it’s dark, driving, and highly melodic, taking listeners on a hypnotic ride across three tracks. Its closer, a peaktime friendly “Helix,” is particularly noteworthy; the track was picked up by Sharam and spun in Deep Dish’s Coachella Weekend 1 set. The set had been live streamed, with thousands watching the track rule the dancefloor. That being said, “Torus” and “Ark” are plenty impactful on their own; both have been rinsed on dancefloors far-and-wide by the three collaborators to powerful results.

Overall, Torus is an impressive start to a promising venture in Desert Hearts history.