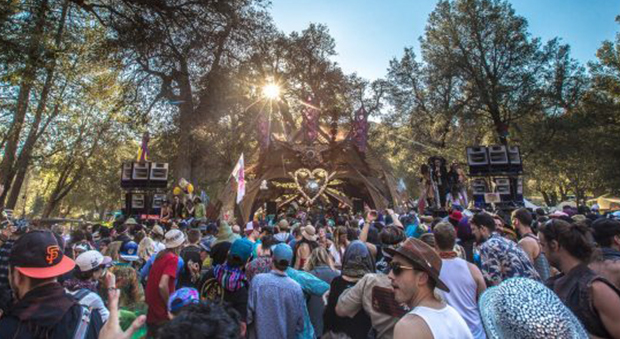 Desert Hearts will be pushing the “ON” button March 31st to start their four-day festival at the La Jolla Indian Reservation tucked away in the hills Northern San Diego. With 72+ hrs of non-stop mayhem and a stacked line-up, we decided to put together a list of a few names you should definitely check out while you’re there.

Whether playing a sunrise or mid-day set, this Desert Hearts vet always brings the proper vibes! His selection recharges your batteries and brings out a brightness to the dance floor. Keep an eye out for his set-time next week and make sure you’re front and center! If you follow Justin on social media, it seems like he has an exciting year planned, hopefully that means hearing some productions (at least we hope so!) Take a listen to his ‘Cloud 10’ series to get a taste of what you can expect to hear on the reservation.

Max Chapman! We’re stoked to see this Essex based DJ/Producer on the line-up this year! You can look forward to some serious tech-ness for two hours while Max is on stage. With releases on  WOW!, Hot Creations, Snatch, Elrow, Lost, Madtech, Resonance and VIVa, you know his set is going to be filled with a ton of original tunes! West Coast Podcast just did a feature on Max, check it out! Don’t miss his set, trust us!

We’re really excited about this one! With a pretty ‘tech heavy’ line-up, TÂCHES will offer up something a bit different.  Refusing to define his music by ‘genre,’ he instead aims to elicit a specific feeling — constantly maintaining a notably strong personal style, despite experimenting and evolving himself with each release. His deep, earthy sound will definitely be sending some electricity down to the dance floor. Be there!

We don’t need to say much about this name, and you damn well know he’d be on our list! More than just a DJ/Producer, Marques sets an example for us all on how we can better ourselves and our community. He is consistently pushing the boundaries with his music and his DEEP events. Don’t be surprised when the dance floor is packed with bright and smiling faces during his set. He’s bound to tell a story with his music, and take you on an unforgettable journey!

Coming off of a huge EP release titled ‘Swagon,’ Detlef is a name that is becoming more familiar, and with a Desert Hearts showcase, you can expect his name to be more prominent in SoCal. His music brings the party and we’ll bet he’s playing a primetime slot at the festival. Keep an eye out for his next EP which will be released on Eats Everything’s label, Edible. In the meantime, check out our 103rd Lovecast with the stud producer.

This is were we normally put the “purchase passes here” link, but they are SOLD OUT!