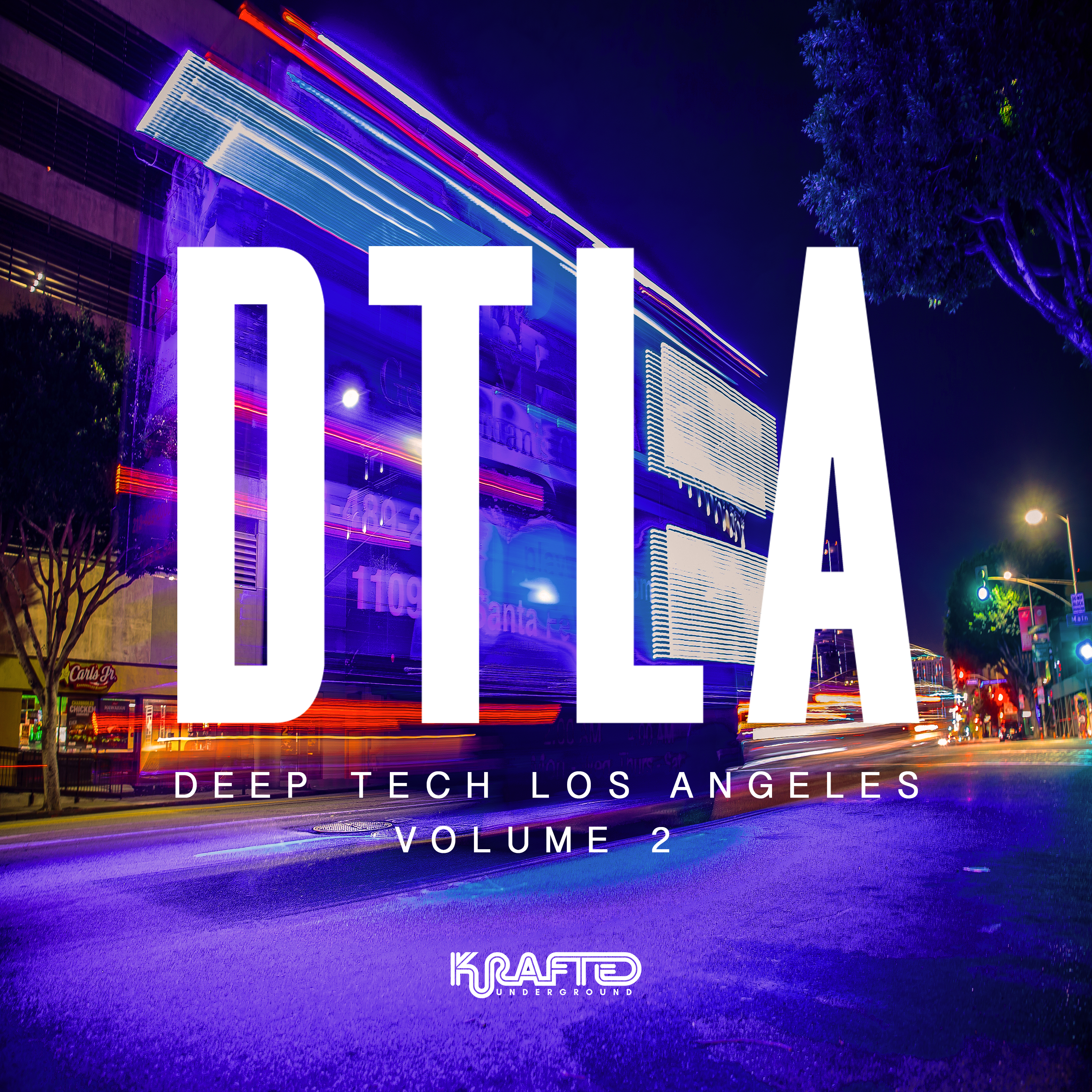 The metamorphism continues in downtown Los Angeles – from an underdeveloped urban landscape to a thriving metropolis with a flourishing underground music scene.

Arising from this transformation is Deep Tech Los Angeles (DTLA) – a collective of underground house producers from Los Angeles, all striving to build a grassroots movement of music, radio and events.

Established by Jason Trevor Miller aka Redux Saints, the first US graduate of the Toolroom Academy programme, his aim was to provide a medium for LA based producers to be heard through organizing Deep Tech Los Angeles compilations. DTLA Volume one peaked at #1 for Minimal/Deep Tech and #10 for Progressive house on the Beatport album charts. Volume One also gained massive support such as Mark Knight, Friend Within, Walker & Royce, Sirus Hood, Riva Star and Henry Saiz as well as others. Krafted Underground brings you the second installment looking to reach new milestones with impressive new comers to the collective.

Since DTLA Volume one was released, Deep Tech Los Angeles has residencies at Sunday Sanctuary, Station1640, and The Globe Theatre.

Krafted is the creation of Paul Sawyer and Darren Braddick, who joined forces in 2014 after running separate labels. The third partner – Jason Miller (aka Redux Saints), based in LA – joined the team in 2016 to assist with the brand’s US presence. With over 500 releases across the label group from artists including: Doorly, D-Formation, Dave Seaman, Made By Pete, Nick Muir, Colin Dale, Moonface, Terry Farley, Ben Remember, Graham Gold, Robbie Rivera, and many more, the label has established an exciting and diverse catalogue.