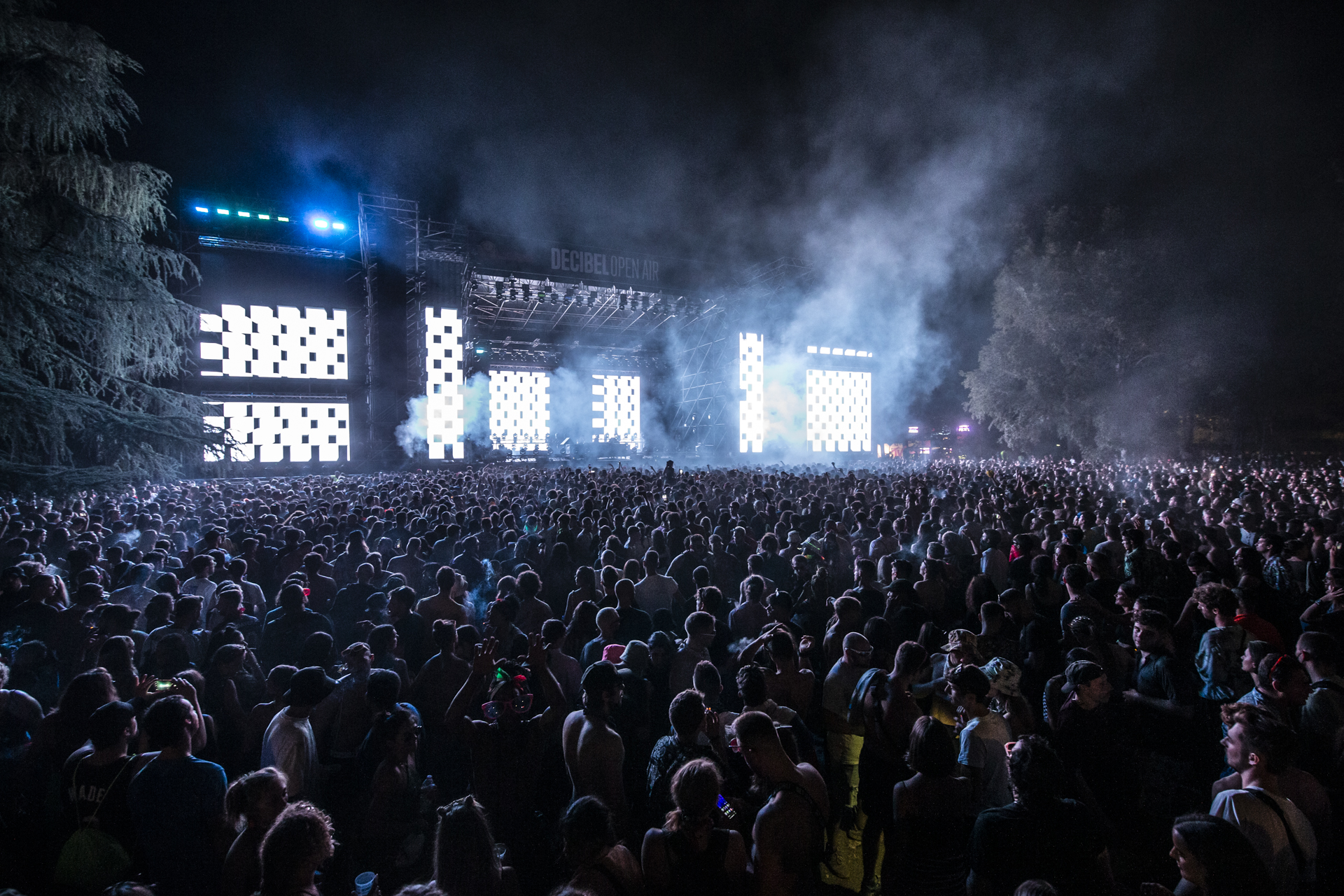 You would be hard pushed to have a more epic experience than dancing to the sounds of 2ManyDJs in an ancient old Roman amphitheatre. But that is just what Decibel Open Air offers, along with many other top class international acts in a gorgeous setting.

It happens in gorgeous Florence, a superb setting at Parco delle Cascine that is bathed in sunshine all weekend long. That adds extra special magic to the air as in all 50000 people from all over Europe, Italy, the UK, France and more mill about with big smiles and welcoming attitudes. The food on site too is delicious which gives us plenty of fuel to go hard across both days. 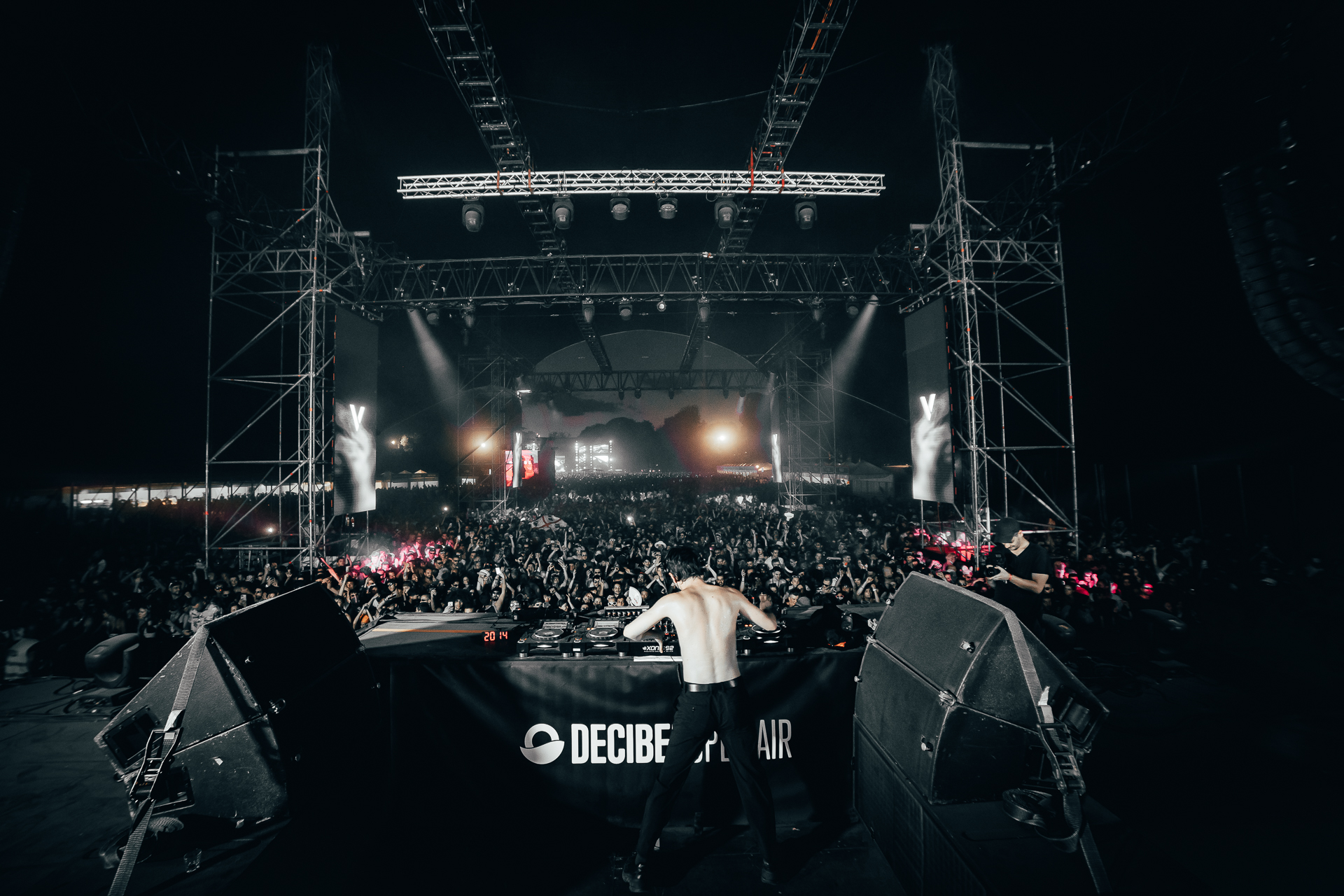 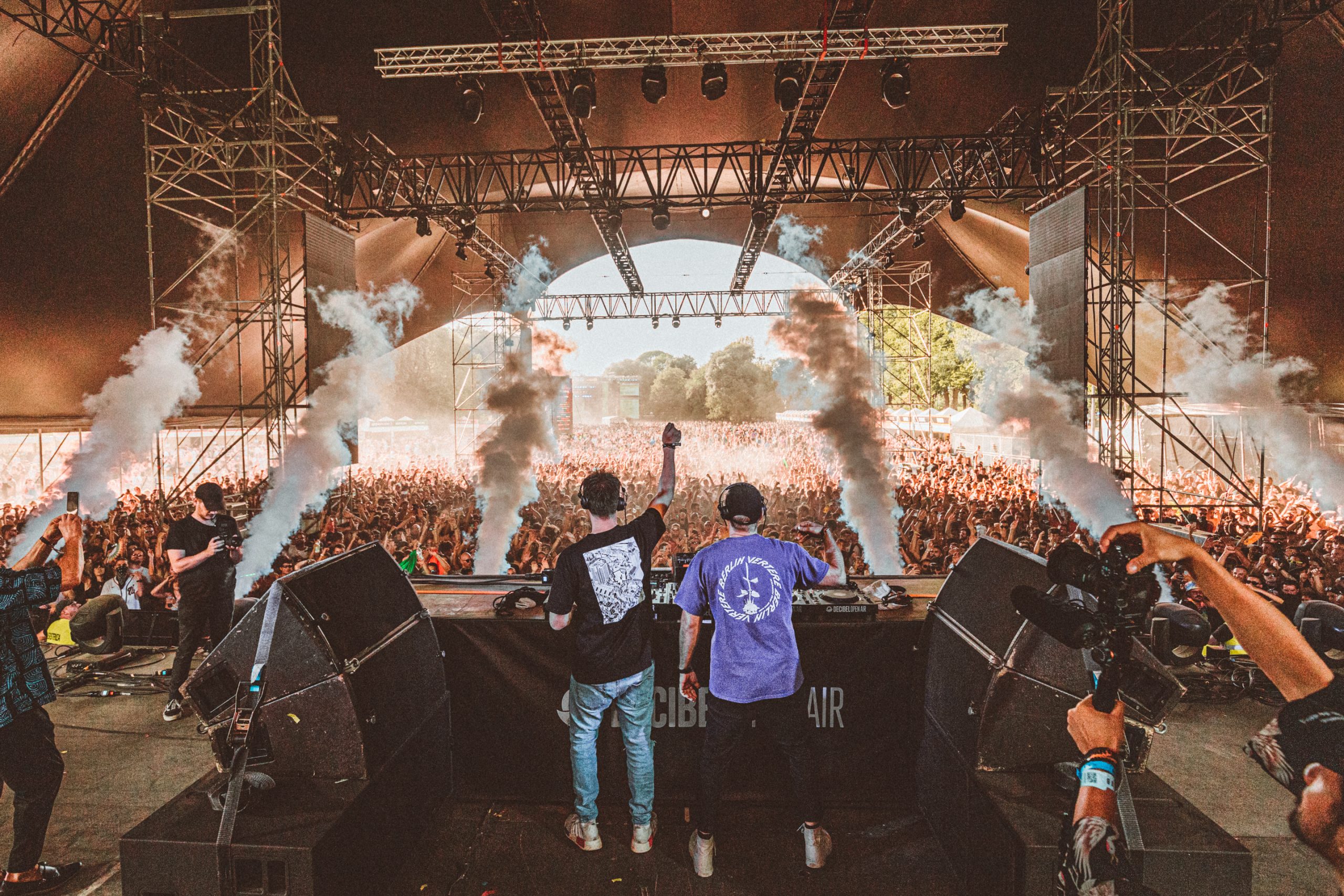 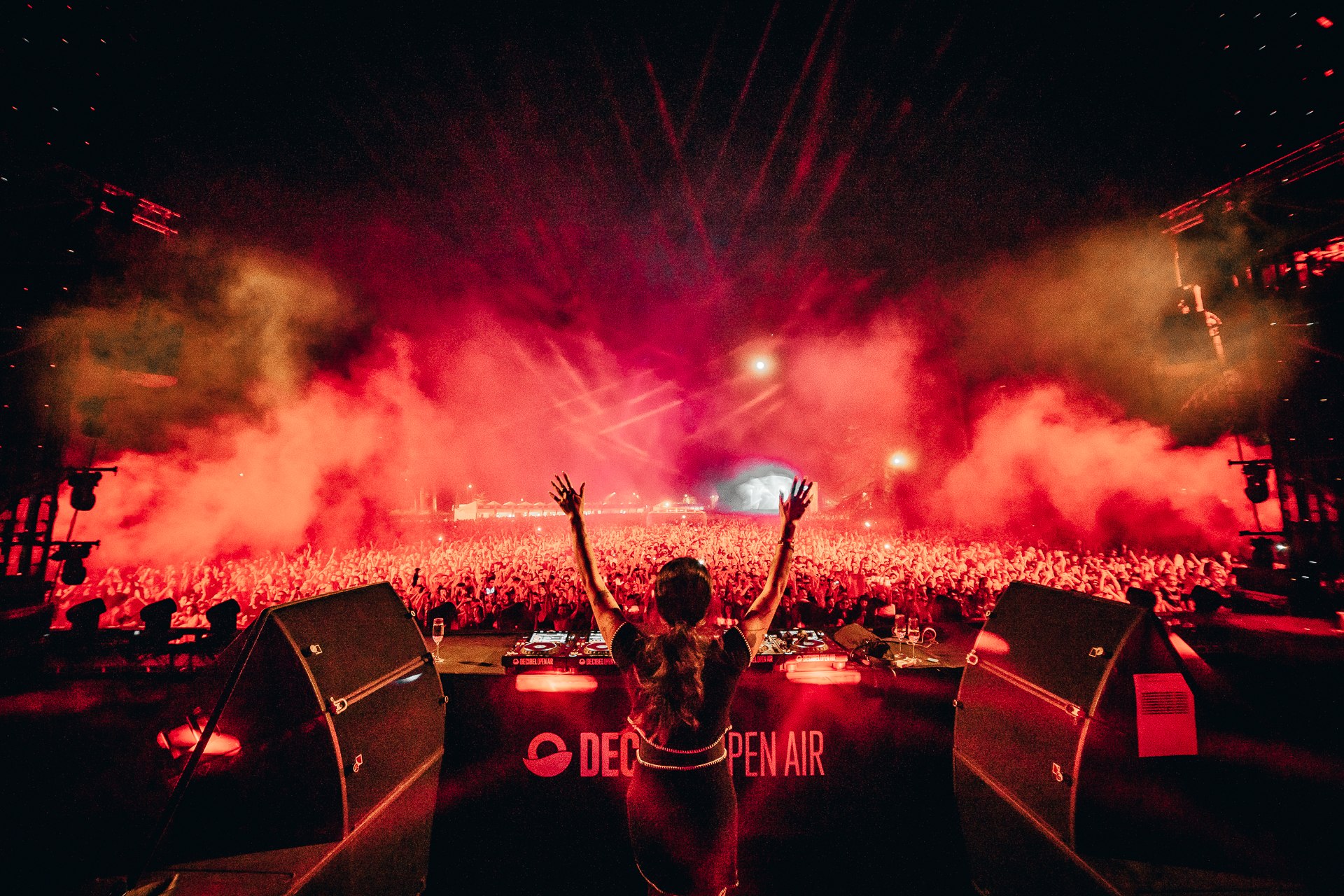 The production at Decibel is epic – the sound systems are vast but clear and well defined, with mesmeric lights and lasers adding their own dimension to the music. There are different stages each with their own vibe, but for us the standout was the Amphitheatre stage which hosted the live acts. It is here that 2ManyDJs smashed out plenty of high energy sounds and plenty of their own Soulwax tunes, most famously the remix of Hey Boy, Hey Girl.’

Caribou also nailed his set there with gems like ‘Can’t Do Without You’ and ‘Odessa’ going down a storm. All this was after UK pair Overmono warmed up a treat with an electric mix of acid, techno and electro. Add in some big room techno from Marco Carola and Richie Hawtin’s minimal on the Main Stage and you have an unforgettable day.

Further standout sets came on Sunday on the mightily impressive Main Stage on Sunday. It is the central of focus for many with its booming sound and cutting edge production. The first acts we see here is the Manchester duo Solardo with their slick tech, then Michael Bibi had the crowd eating out of the palm of his hand, while Paul Kalkbrenner also what he did best to adoring fans before it was shut down in real style by Nina Kraviz. 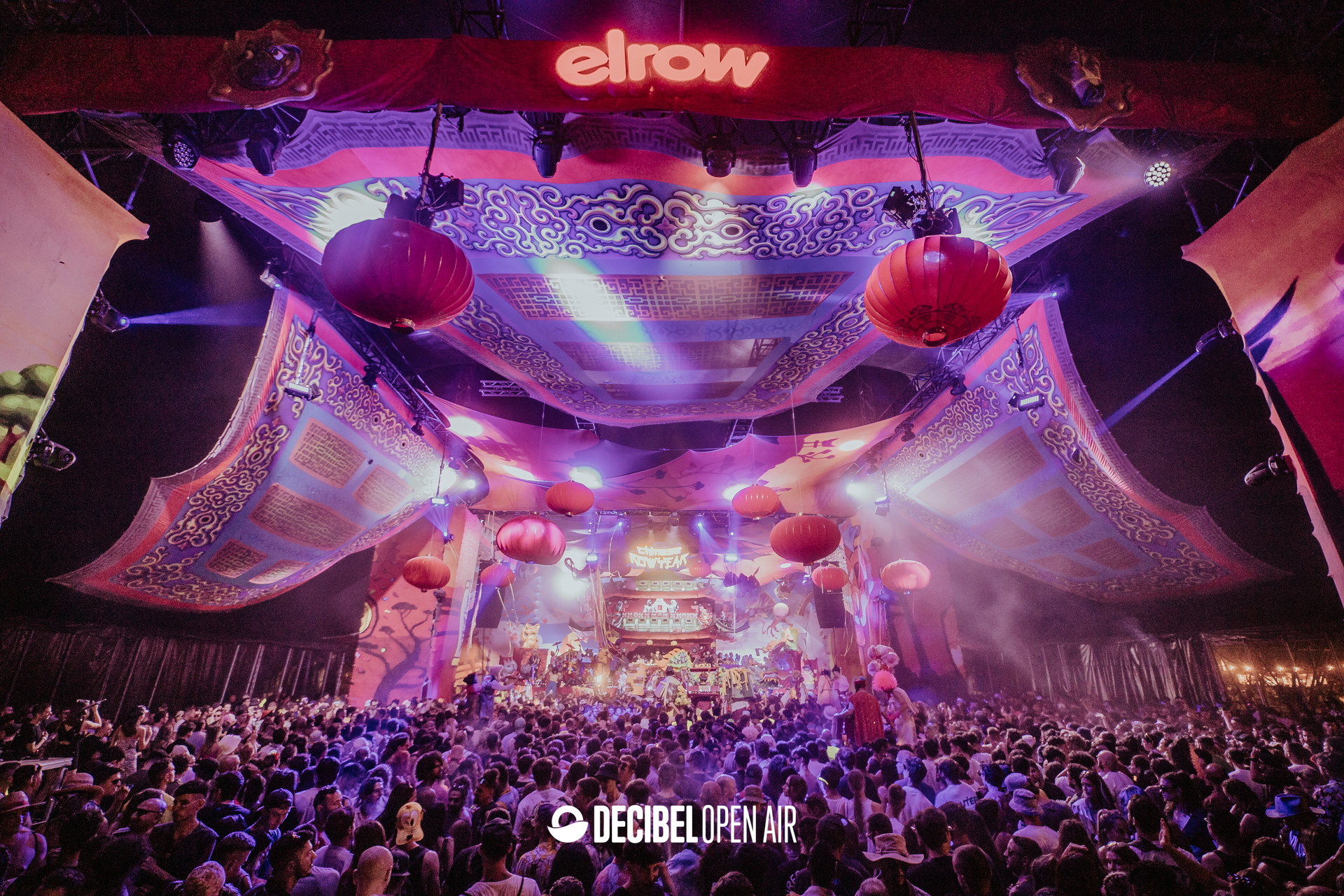 Special mention goes to the Terminal V stage. It was hosted by the Scottish team behind the super festival of the same name in Edinburgh as was their first on foreign solo. I Hate Models did an epic job of laying down rough and tough industrial techno which the many Scots waving their flags in the crowd loved. 99999999, Reinier Zonneveld and Adiel completed this stage and it was one of the best of the weekend.

There is also an elrow stage which of course came alive with colourful production, vibrant energy and vivid decor that is so well known for. All in all, there is a great range of real quality to be heard at Decibel. It is a festival that does things tastefully with cutting edge sounds and top draw performers all putting on their best showing. It made for an awesome experience and with plenty of local history and culture to explore and as it is all so well run we shall certainly be back for more next year.