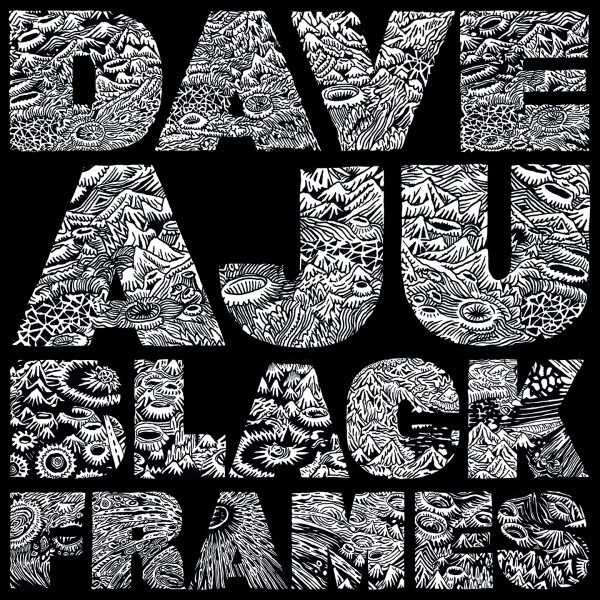 Black Frames is a creation from two major life transitions for Dave Aju, namely the end of a long-term relationship combined with a move away from his hometown of San Francisco. Punctuated with philosophical statements and political punches, the former MC proves he isn’t afraid to use his voice and production skills to unite music and passion with his latest album on Circus Company. After listening to the first couple of songs on the album, it becomes very difficult to stop. You’re immediately captivated by the fact that each song is truly an original creation, independent of the other productions. Tempos vary and moods are constantly fluctuating, which provides a dynamic we very much appreciate. Intrigued as we were, we decided to ask Dave Aju a few questions to gain a deeper insight to the magic of Black Frames.

What is the common thread that weaves between the music on this release? Is there a common thread? or is this more of a collection of your music?

The common thread for this album is that all the sounds were made with the frames and content of some classic LP art that was hanging in my old home studio. I was making a big move away from home and seeing them getting packed away in boxes made me want to give them a proper farewell and literally channel their importance inspiration to me over the years. Since they were albums from the 60s and 70s, there is also the influence of some of the musical aesthetic of that era.

I really love that you continue to include your vocals in your music. I think it gives your tracks a truly unique feel. Can you tell us a little bit about your background as an MC and how that has played into your music making?

Years back when growing up in the South Bay Area, I had been in several dance crews and eventually moved into MCing events and doing freestyles at parties and things. This skill came in handy when I started to DJ as most didn’t grab the mic, they would have a separate MC but I was able to do both. So this combination is still in effect now, in the studio I can wear both the producer and the vocalist/songwriter hat, and in live performances improvise the tracks as well as the vocals in realtime.

Do you have a favorite track on the album? Or do you love all your children equally?

Yeah of course each one is like a child and loved equally, but on a day-to-day basis some may get more attention and preference, so today I would say it’s “Nu Threads” because I just did the new live set at Sonar Festival and it went over great, and really looking forward to the upcoming remix Henrik Schwarz is doing of it.

There are way too many to name or choose one for me, so I’ll make it more personal by saying my father was easily my first and most important musical influence, and lately I have been feeling the music of Mo Kolours, Taylor Mcferrin, and Seven Davis Jr.

It’s a different take on the formulas of most electronic dance music; there is an emphasis on warm and human qualities so it’s more like meeting up and having an honest conversation about music and life or sharing a dance floor moment together than having a manufactured product forced on you; hopefully that’s my offering, because that’s what I look for and love most.

Tell us a little bit about Circus Company.

A great crew of music lovers based in Paris. We met years back when one of them was in San Francisco visiting, and our relationship, professionally and beyond, is proof positive of the saying, “It ain’t where you’re from, it’s where you’re at.”

What was the inspiration for the title of this album “Black Frames”?

It is mainly a reference to the actual black picture frames used to make the sounds used on the album, but it also works as a metaphor in that it’s a darker and bolder feeling on this album framed by some pretty major life changes I endured in the past year. I’ve had to really redefine and simplify some things in my life lately, and nothing is more simply defining than a black frame.

Why the name Dave Aju? Any particular significance?

It’s a spoonerism or reverse of ‘Deja Vu’, the hip-hop crew Arsonists gave me the idea on a track called ‘Geembo’s Theme”. It started out as kind of a joke DJ name years back in SF and just stuck and has a bit more meaning and association to me now.