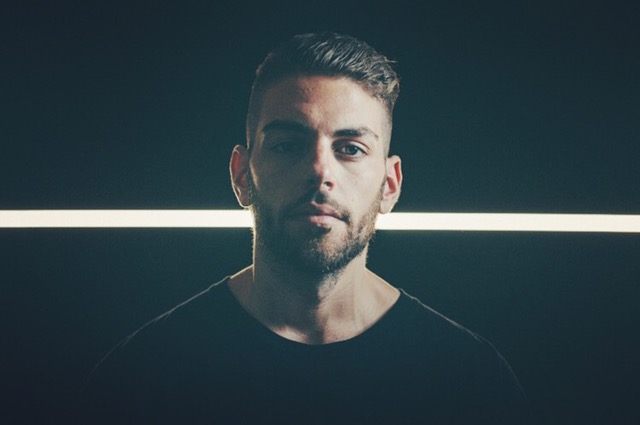 Up and coming Barcelona based House artist Daniel Orpi speaks to us about his new release ‘Get Jiggin’ out now on La Pera Records.  We got in contact with Daniel to see how he feels about the release, what growing up in Barcelona was like and what’s coming up next for him in his quickly developing music career…

‘Get Jiggin’ is out now and available to buy from Beatport (link below):
https://www.beatport.com/track/get-jiggin-original-mix/11499207

Hey! Well to be honest all is really good ! Started the year with a single on Jesse Perez’s label, Mr Nice Guy Records which made top #26 on the Beatport Breaks Charts. Following that release, I’ve got a couple more coming out on Flashmob & Griffintown Records, and this February I make my debut with LaPera with one of the best tracks I ever made to date, so what else can I say! Buzzing at the moment.

What are some of the most important lessons you have learnt whilst working in music?

Well I think the lessons are never-ending in this business, but what I believe the most is that the main key to success is to never give up. Sometimes it can be hard to get your music heard by labels, but we have to be persistent and never stop sending demos, the day will come when they listen to them. Another lesson Ive got is that you’ve to network as much as you can, because with contacts, it’s a lot easier.

You come from Barcelona, when growing up, what was the main ‘pull-factor’ to dance music?

Well I used to listen to hip hop music when I was younger, when I became 17 I started to go to parties and then I discovered dance music. I use to go every weekend to a different party (laughs), such good memories from that time.

Who are some of your favourite artists?

How did you get into the music? What parties are special to you?

It all began on the roof of my house, 9 years ago where I use to play some records with my friends. After doing some bits in my town near Barcelona I started a duo project with a friend called Kokks & Lein. We did some great releases on Armada Subjkt, Glasgow Underground, LaPera to name a few.. and great gigs in Spain. Last year we separated because my friend wasn’t able to work on the music anymore and I started my solo project as Daniel Orpi. Speaking about the parties, well I love Circoloco, Paradise and of course Elrow, Fuse London or Forms at Fabric is unreal aswell.

What is your style? What makes your music unique?

Well I think “Get Jiggin” is the main example to show what I want to express with my music. I work really hard on the groove and the bassline of my tracks, because I think that’s the most important elements for dancefloor music.

Tell us about your latest single, ‘Get Jiggin’ on La Pera Records

Well after working on the groove of the track I found out that it was sounding better than my latest productions I have been making, but the key was to find that bass shot. It was so easy to sequence a bassline with that sound, I think is the best bassline I have made to date, love it! Then I sent it to George Privatti and he played it at elrow Barcelona, crowd’s reaction was amazing so we agreed release it on LaPera ! Been waiting for this release since October.

If you could play b2b with any artist, who would it be and why?

I’d go for Patrick Topping. Every time I’ve seen him play he blew my mind, the music he plays and how he plays it is what make’s it special and unique, so definitely that would be a dream come true.

What else are you currently working on?

Well this year looks already amazing! I’ve got tracks coming out on Javi Bora’s Label ‘Too Many Rules’, EP & remix on Witty Tunes, Daylight Robbery Recs, and more news to be announced soon!