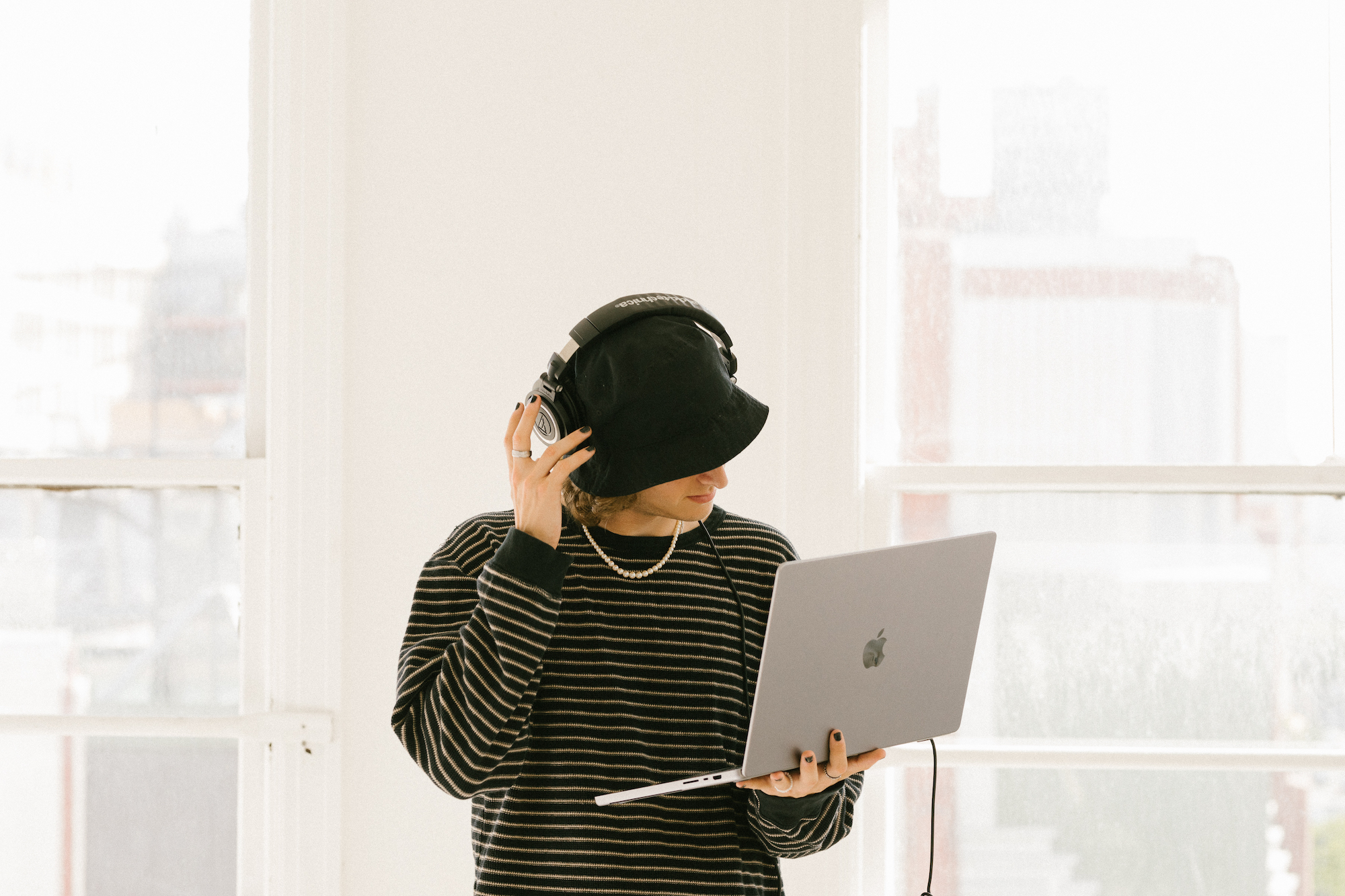 The first single to be released from his forthcoming EP, titled Glass House, Chasing Paradise is a haunting yet punchy electronic r&b cut, featuring slenderbodies and echoing artists like Jai Paul and Toro Y Moi.

Everything that Daniel Allan has achieved in his career so far has been defined by an obsession with music production and one of the most ferociously dedicated work ethics you will ever come across: something Daniel contributes to being the son of immigrant parents who came from nothing and had to strive for everything.

Last year Daniel became a celebrated Web3 pioneer when he took an innovative route to funding his latest release, taking his career into his own hands by establishing himself as one of the leaders in the music NFT landscape. Daniel created waves with his 2021 EP “Overstimulated” which caught the attention of publications such as TIME Magazine, where he was dubbed as creative working on a new lifeline for independent musicians.

Now Daniel is back with a fresh single, Chasing Paradise, a collaboration with celebrated indie-electronic pop duo slenderbodies. Here, Daniel has picked out 10 tracks that influences its creation.

This song had the biggest influence on Chasing Paradise. The guitar tone on this record perfectly captures the feeling of the riff you hear a the beginning of the song.

Groove on this song is such a vibe. Jungle’s vocal tone and processing reminds me a lot of Slenderbodies.

An all time favorite record of mine. The drums at the drop are so crystal clear while being distorted and granulated. Gave me a lot of inspo for the drums on Chasing Paradise.

Jim-E Stack, Lucky Daye – Next To Me

I used Flangers/Phasers for the first time on this project. Shoutout Jim-E Stack.

Goated song – one of the songs of my childhood that keeps coming back. The LFO drop is just such a classic and influenced my drop direction for sure.

The beachy vibe of this is so fire. Feels like me and Whethan lowkey made this song at the same place in Malibu.

There was a version of Chasing Paradise before this version that had a lot of similarities to this song. Myd is a genius.

Kanye and 3 Stacks are both sampling geniuses in their own right and it’s cool when they add real life samples and ambience into their records. At the beginning of Chasing Paradise you can hear a real life sample from when we first wrote the song.

All around crazy record right here. Really appreciate how it manoeuvres between genres.

This record is so organic and helped me think through ways to add more human elements to an inherently electronic record.

Chasing Paradise is out now on Too Future – https://orcd.co/chasing-paradise