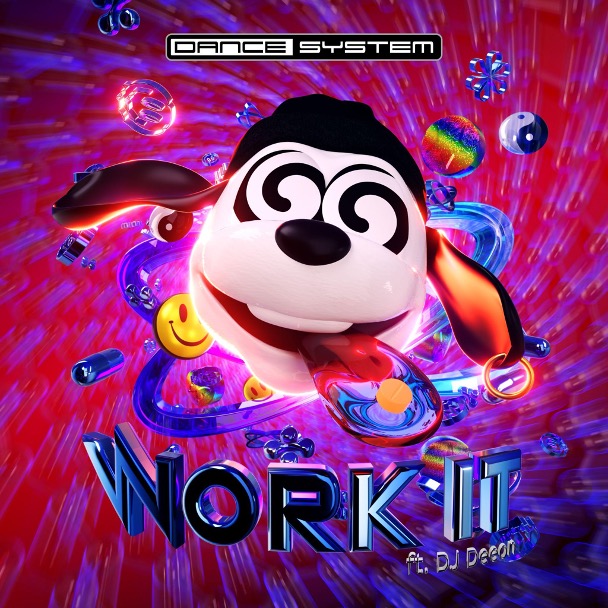 UK DJ and producer Dance System has unveiled new single ‘Work It’, featuring the vocals of ghetto house legend DJ Deeon, out 28th October. The record has had two years of anticipation leading up to its release with DJ’s teasing it out across clubland and fans sharing excitement across social media, and has now been cleared and set for release.

Recognised as one of the most anticipated club records of the year, merging a sample of the Sandy B classic ‘Make The World Go Round’, that has celebrated the milestone of its 25th Anniversary. With the vocals of Deeon, ‘Work It’ is a high-energy dance floor party-starter that has already been receiving lots of tastemaker support, which has helped cement how relevant the classic track is today. The track has been hammered across some of the biggest DJ sets from the likes of Eats Everything to Four Tet to Skrillex to Dan Shake, including this the record is due to launch on Radio 1 Danny Howard’s Hottest Record.

“‘Work It’ has been quite the journey,” says Dance System. “I made the first edit back in 2019 to drop in my Glastonbury set the following week. I was thinking about all the songs that had a massive impact on me when I heard them on a big stage. Camisra’s ‘Let Me Show You’ was one of those tunes. I chopped that with the vocals from DJ Deeon’s ‘The Freaks’, and the tune started to have a life of its own. Tall Paul (Camisra) sampled Sandy B’s ‘Make The World Go Round’, so I went back to that source, and made a whole new track. It’s been my secret weapon in my sets. I’m also so happy to have DJ Deeon credited as a feature, as he’s one of my heroes and a good friend and it’s important the new generation get to know his name and music.”

With a career spanning fifteen years, James Connolly hasn’t just survived in the volatile world of electronic music, he’s helped shape it. With releases as both L-Vis 1990 and Dance System, and as the co-founder of the highly influential Night Slugs label, and now System Records, Connolly has left an indelible mark on club culture that stretches globally and has influenced a whole new generation of producers and DJs.