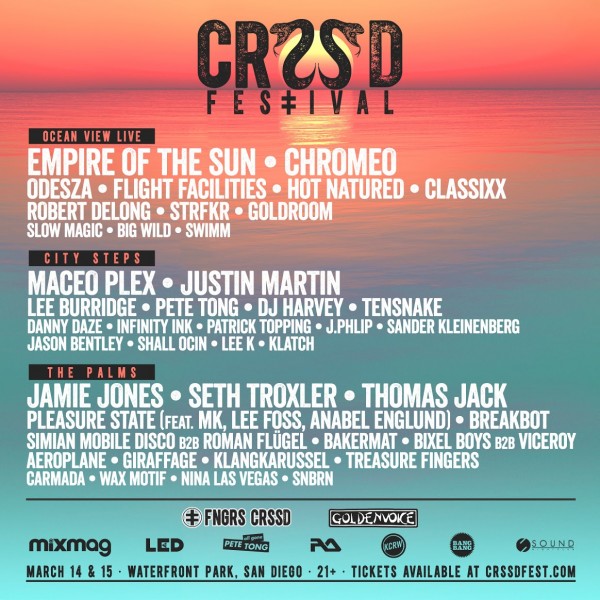 Taking its cue from festivals like Sonar and BPM, CRSSD is defined by forward thinking electronic artists, combining live and DJ performances. The festival will take place on the bay at San Diego’s Waterfront Park, just steps away from downtown San Diego and the Amtrak station.

CRSSD will offer a full selection of craft beer, a mixology program and local food vendors from the San Diego area.

EMPIRE OF THE SUN