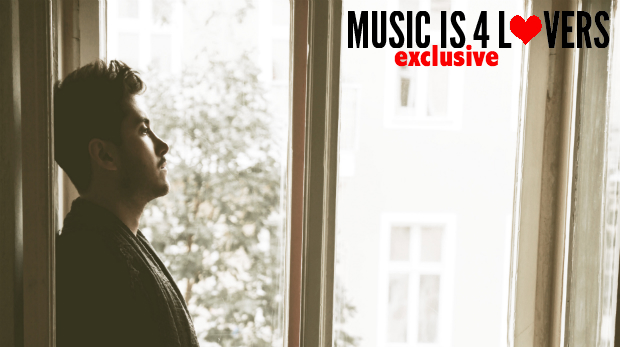 Last year was a break out year for the Iranian-born, Canadian transplant producer Amirali. After moving to London to focus on his music career, Amirali was signed to Damian Lazarus’ renowned imprint Crosstown Rebels. Upon releasing his track ‘My Way’ on the Get Lost compilation, Amirali gained instant attention for his mysterious and forward thinking style. Shortly after the Get Lost compilation was released, his hugely popular single “Beautiful World” became one of the most talked about and praised songs at last year’s BPM Festival in Mexico. From there, Amirali set in motion a series of tracks that led to his first LP titled In Time. Since then, Amirali has become a highly sought after and praised new talent on the international circuit. With a North American tour currently in progress and a new EP set for release in early April, it is safe to say that 2013 is going to be another exciting year for Amirali.

For all you lovers in the San Francisco Bay area, you can catch Amirali for his San Francisco debut this Thursday night alongside Lovelife’s own Jon Dadon at the Harlot, in downtown San Francisco. Tickets will be available at the door $10 before 11PM and $15 after. Event info HERE.

Thanks for taking the time out of your busy schedule to talk with us. All of us here at Music Is 4 Lovers are huge supporters of your music and can’t wait for your upcoming EP.

To start things off tell us a little bit about this current tour that you are on. We understand that you will be playing a handful of U.S. locations before taking off to tour parts of Europe, Australia, and Asia. Are there any shows on your schedule that you are particularly excited about?

All the shows this year have been fantastic so far. I’m actually in New York for a Rebel Rave party in Brooklyn tonight which I’m really looking forward to. Tomorrow I’m off to LA and I’m playing for this Sunday afternoon party in Hollywood which I’m very excited about also. [Editor’s note: The party was this weekend.] Then in the coming weekend I’m doing San Francisco, Mexico City, and San Juan. This month is pretty crazy, I’m doing 12 shows, but then I’m taking 2 months off to get back into the studio and work on the next album. I’m doing a few gigs in May, but I’ll be back on the road in June with Asia and Australia tour before things get crazy in Europe in the summer.

Many of us had the honor of seeing you perform live last year at Get Lost LA. Now that you’ve had a solid year of touring with your live set, do you feel that you have evolved in your live productions? What type of experience can we expect when catching you this time around?

Yes definitely, that’s actually what I’m working on right now. The next album will be a new set up, I’m not going to reveal too much about it but I’m recording and will be performing it with a 3 piece band. So far it’s all shaping up really well and I’m super excited. Lately I’ve been also doing DJ gigs besides the live shows which is extremely fun and challenging in a different perspective. I first got into electronic music playing records, so it’s great to get back behind the decks again. I’m really enjoying it.

2012 was a huge year for both you and the entire Crosstown Rebels family. We know that Damian Lazarus always has some exciting tricks up his sleeve, any hints as to what we can expect from Crosstown in 2013?

Honestly, I don’t have so much information about what’s coming next. But I think Art Department and Ali Love are releasing new albums this year.

Changing gears a bit, we heard the preview of your upcoming EP “Melancholia”. It’s an incredible track, we can’t explain how excited we are to hear the rest of the EP. Did you approach this EP with a similar style as “In Time” or can we expect a different vibe from this release? Is there a particular theme you had in mind?

I don’t usually think about what I’m going to come up with when I’m working in the studio, so the inspiration could be from anywhere. The lyrics have been written by a very good friend of mine from Montreal, Dara Shahrokh. Dara is actually a doctor but a great artist too. I’ve been using some of his poems in my work recently. Melancholia comes with 2 amazing remixes from Deetron.

Having such a rich Iranian heritage, do you feel that your Iranian culture has influenced your productions? If so, what aspects of your own work do you see as uniquely inspired from that culture?

I’ve always been open and curious about different genres of music ever since childhood. I think my background has influenced my musical taste to some extent, but I can’t really say that I’ve got Middle-Eastern roots in my musical style.

Mano Le Tough has been making waves for quite some time now and I’m really into what he’s doing at the moment. I really liked the album he just released on Permanent Vacation, it’s fresh!

What else are you passionate about in life besides music?