Cour T. Winds Down his 2020 with DIRTYBIRD via ‘Dope Farm’ 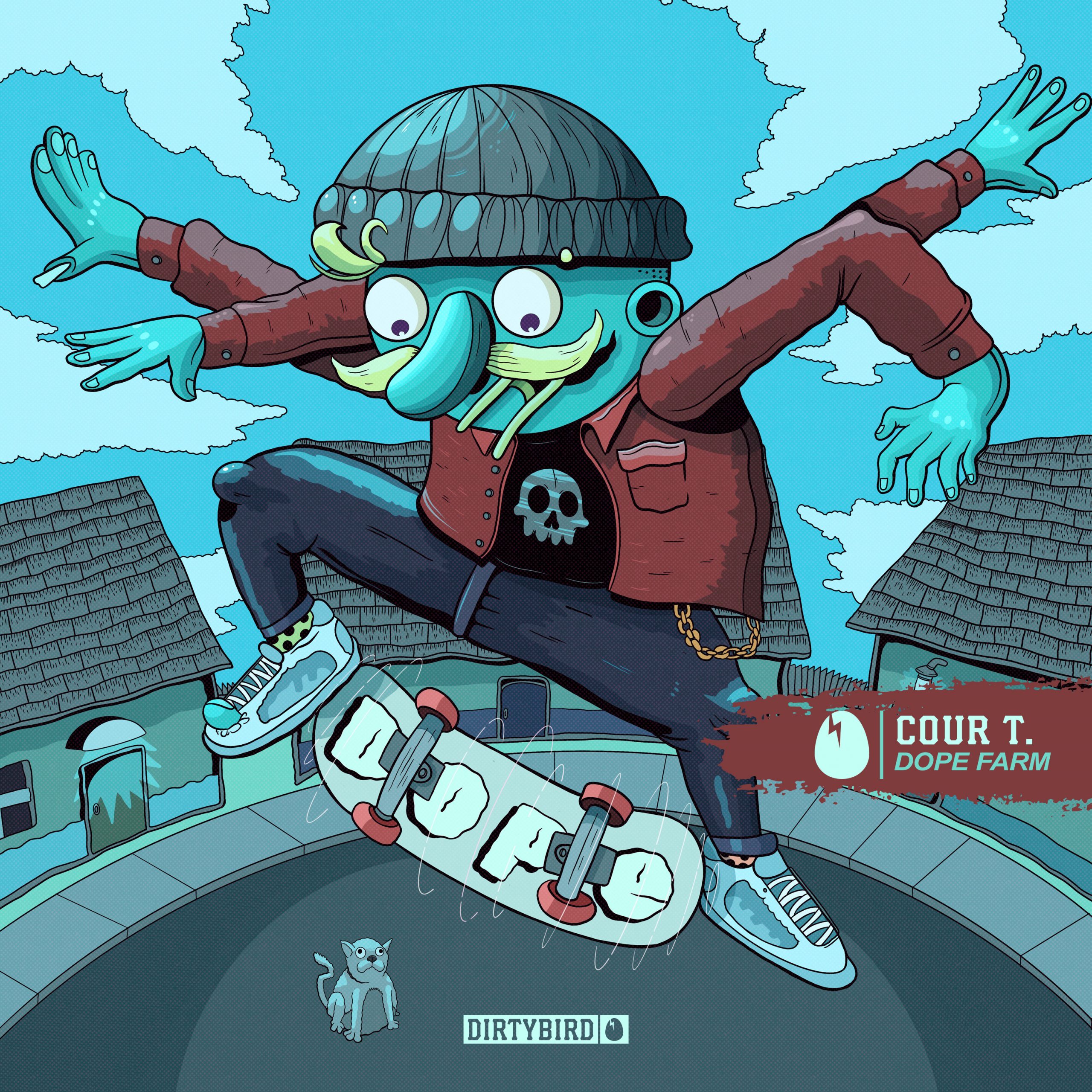 Since being picked up by Claude VonStroke with “Black Magic” at the age of 16, Cour T. has risen to become one of DIRTYBIRD’s most prized players in addition to its youngest. He released his fourth double-sided EP on the label today, ‘Dope Farm,’ which shows off his penchant for heady grooves and fervent house arrangement.

Wolf howls and deep, hefty bass are at center stage in “Dope Farm,” which shows off the cerebral side of Cour T.’s artistry. Atop its hefty low-end, the Brazilian prodigy uses a multitude of percussive accents, off-kilter samples, and sound effects for a quirky, yet intense finished product. The quirkiness continues into “Escape From The Barn,” which finishes the two-tracker off on a more playful note through distorted vocals and a bouncing bassline. It’s these creative and eccentric arrangement techniques that brought Cour T. to DIRTYBIRD in the first place, and what continue to make him an early fan favorite.

Born in Curitiba, Cour T. was educated at the Yellow DJ Academy and quickly began shopping his productions from there. The aforementioned “Black Magic” ended up becoming one of Claude VonStroke’s favorite set weapons of 2019, later translating to his status as a label resident. Since then, Cour T. has released ‘Joker Jungle’ and ‘Drum Machine’ EPs with DIRTYBIRD, while joining the brand for its 2019 Campout West and its Brazil tour and providing a track to its ‘Miami 2020’ compilation. Expect his name to appear a lot more alongside the brands as the world continues its trek toward normalcy.