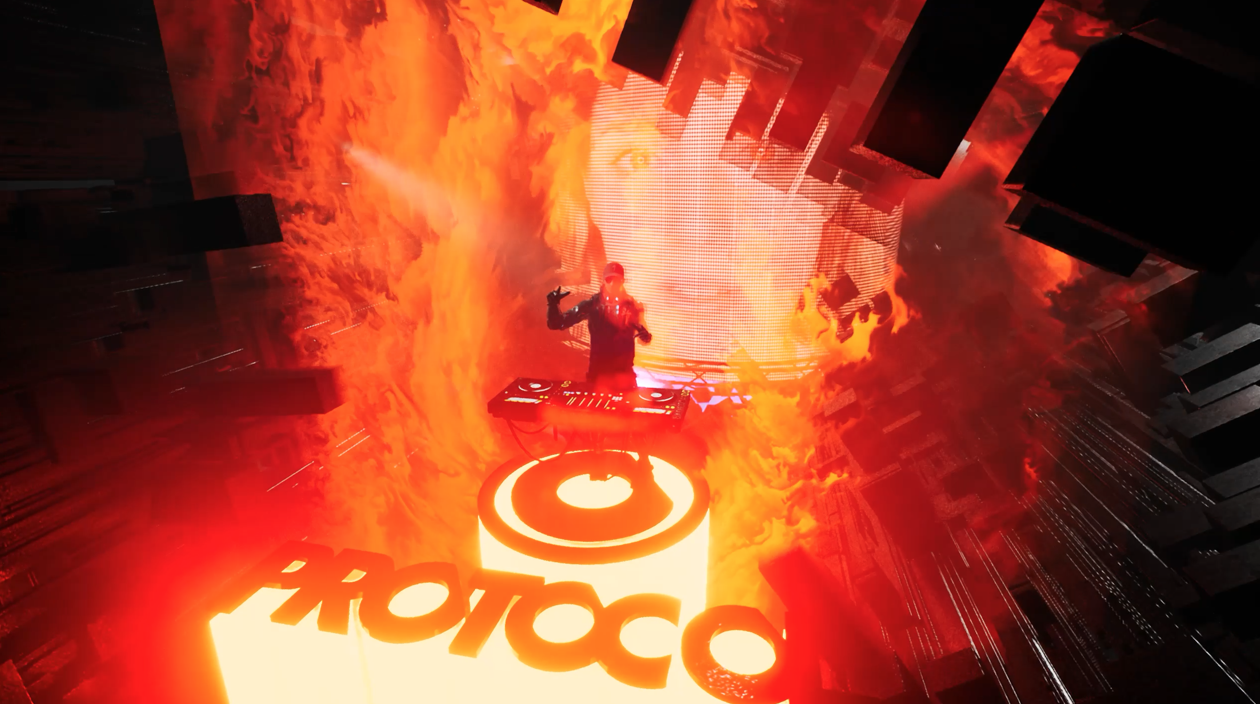 Conduit is shaking up the world of live streaming by making a cost effective game-changing suite of tools and technology available to everyone, rather than just big budget Hollywood and video game productions who have benefited from it in the past. This unique new service is a vital new addition for artists, labels and events looking to upgrade their live streams, design newly interactive visual performances and stand proudly apart from the crowd.

Conduit aims to make real time interactive performances accessible for artists and audiences alike. The underlying game engine technology used is the same that VFX studios including Disney rely on to create productions such as the recent Star Wars Mandalorian series and the Marvel CMU movies, amongst other CGI heavy productions. In terms of live performances, the action is captured via a series of virtual cinematic cameras that combine to create a sense of real connection to the artist and the performance.

The concept came about as a pure reaction to the ongoing pandemic and was a creative endeavour to find a more immersive and interactive format to the ‘head in a box’ style live streams that have flooded social channels in the last year. With an internal wheelhouse that already consisted of game development and video production, it made sense for Conduit to develop an optimal process that could evolve the livestream format and provide a way to dynamically capture the energy of an artist’s performance and then feed that into an interactive audio reactive world.

Since launching in early 2020, Conduit has produced a number of full feature length performances for Insomniac TV, Kryder and Black Hole Recordings with the new shows coming thick and fast. An amazing behind the scenes production video gives a quick glimpse into how the next level Kryteria streams were put together. The debut Kryteria show for Insomniac TV features a full range of services including full body motion capture, avatar creation, rigging and audio reactive world development, and can be viewed on Vimeo. A trailer for the upcoming Kryteria Metaverse can also be viewed here.

Says Kryder of the project, “We partnered with Conduit for a series of virtual performances after they wowed us with the technology and its possibilities. The reception to the first airing on Insomniac TV and Nicky Romero’s Protocol show blew people’s minds and we are excited to deliver the forthcoming Kryteria Metaverse album using the technology next month. Big things coming!”

Conduit have also used the game engine to create a series of trailers and visuals for ilan Bluestone’s upcoming album ‘Impulse’ on Anjunabeats which can be seen in this video.

Anjunabeats’ Amy Wiles testifies, “We have been working with Conduit on the new ilan Bluestone album campaign which visually has turned out to be a roaring success across our social media platforms and has brought the campaign and ilan’s visual world to life just how we imagined.”

Bluestone himself adds, “Working with Conduit and their technology has been absolutely mind blowing. The graphics and animation potential of the Unreal Engine and the creative ideas from the Conduit team is just on another level as they showed in the trailer for my new album ‘Impulse’. The Unreal Engine is the future of any CGI video and I’m excited to see this technology evolve and can’t wait to start using it as visuals for my live shows.”

Conduit Founder and Creative Director Clarke Noone says, “After a few rounds of iteration and finding the right tech partners, we moved to integrating a Rokoko full body motion capture system that feeds live animation data into the Unreal Engine – a high end game engine that is becoming very popular in the VFX and film industry. The beauty of using this cutting edge technology means that we are well equipped for what is round the corner and already hard at work on what a holographic version of the product looks like.

With a couple shows now under our belt, people are starting to see what is possible with Conduit and quickly firing ideas back at us for how we can use the tech for live stage productions, VR experiences and Augmented reality. Our quick-fire response – “Anything is possible!”

Conduit is very much at the forefront of this exciting new technological development, so now is the time to get involved and remain truly ahead of the curve as you bring a whole new visual dimension and heightened sense of occasion and experience to your live streams.