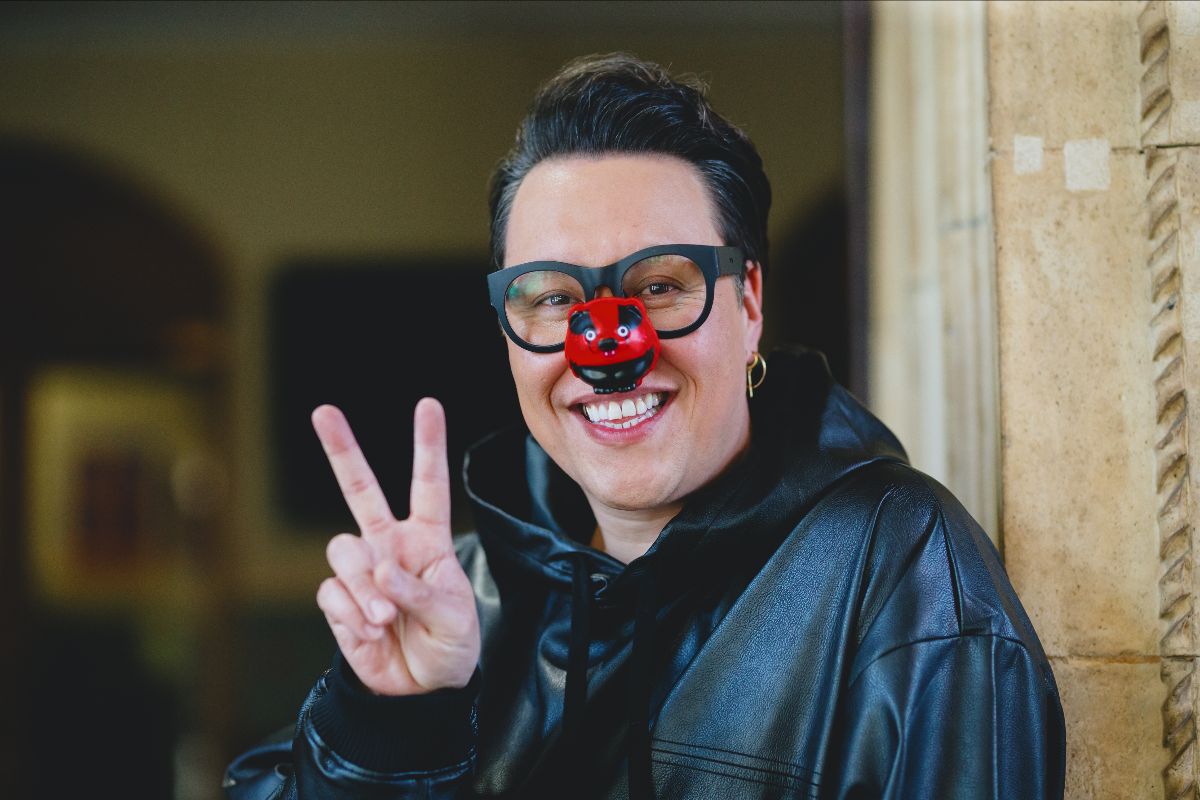 Long-term Comic Relief supporter, DJ, and much-loved fashion icon Gok Wan has filmed over three hours of entertainment with UK dance music institution Defected/Glitterbox, which will play out online after the Red Nose Day BBC One night of TV from 11.30pm

Friday 5th March: It’s just two weeks to go until this year’s Red Nose Day helps to bring the country together through the power of humour, with an unmissable evening of hilarious sketches, live performances and one-off comedy specials in store.

The evening of the big, red and ever-so-slightly silly fundraising extravaganza will not stop there, as DJ and much-loved fashion icon Gok Wan has stepped up to host the official after party – and everyone is invited to the first ever virtual Red Nose Rave.

The Red Nose Rave will take Gok’s Isolation Nation kitchen raves, which he started in April 2020, to new heights. Filmed at a very special location which will be announced soon, Glitterbox performers and leading house music DJs Melvo Baptiste and The Shapeshifters, with vocals from Teni Tinks, have come together for a fantastic night of music guaranteed to get everyone moving.

Gok’s Isolation Nation sessions launched during the first lockdown in April 2020, with the goal to lift the UK’s spirits for a few hours of fun, uninterrupted entertainment and to provide a sense of hope and community when people needed it most. Following the success of the kitchen rave sessions, this led to collaborations with Defected Records/Glitterbox, the award-winning world leaders in virtual partying.  Joining forces with the party’s finest house music artists, Gok continues to lead the nation through lockdown with his live DJ sets on Facebook.

Gok Wan said: “I’m so excited to be hosting the first ever Red Nose Rave after party. I have been a huge supporter of Comic Relief for over ten years now and wanted to do something special for 2021. It’s been a difficult year for so many people and despite all the restrictions, we didn’t want it stopping us from coming together and having a fantastic time while supporting a great cause. It’s an excuse to get dressed up – or down – listen to some good music, and have a good old dance at home, because let’s face it, we all need a bit of fun.

“I started these raves in my kitchen during the first lockdown because of the impact it was having on all of us. I wanted to create a space where we could all have some fun, let our hair down and also create a sense of community. We hope to be able to bring our Isolation Nation sessions on the road as soon as we can, but in the meantime, we can all turn our kitchens, living rooms or bedrooms into the most exclusive nightclubs on the street on 19th March. “The virtual rave is free for anyone to come along to, and if you feel able, any donations made – no matter how big or small – will make such a difference.”

Money raised by Red Nose Day will help tackle issues including homelessness, hunger, domestic abuse, and mental health problems, all of which have been exacerbated by the covid-19 pandemic, in the UK and around the world.

Entertainment from Gok Wan, Melvo Baptiste, The Shapeshifters and Teni Tinks will feature from 11.30pm on Friday 19th March on Facebook Live and YouTube. Details to join will be shared closer to the date. Richard Curtis, Co-founder of Comic Relief, said: “It is very exciting that we can all continue our Red Nose Day celebrations long into the night. Gok and Glitterbox, thank you so much for bringing us our first ever virtual rave.

“What I love most about Gok’s kitchen raves is that they have provided a form of escapism that I think we have all needed at times. And a real sense of togetherness. “It’s a guaranteed night of entertainment with Gok leading the charge, and any donations made will support so many important causes, both here at home and around the world.”

The Red Nose Rave is a collaboration between Comic Relief, Gok Wan’s Isolation Nation and Glitterbox. To find out more, and for covid-safe fundraising ideas, visit www.comicrelief.com/rednoseday