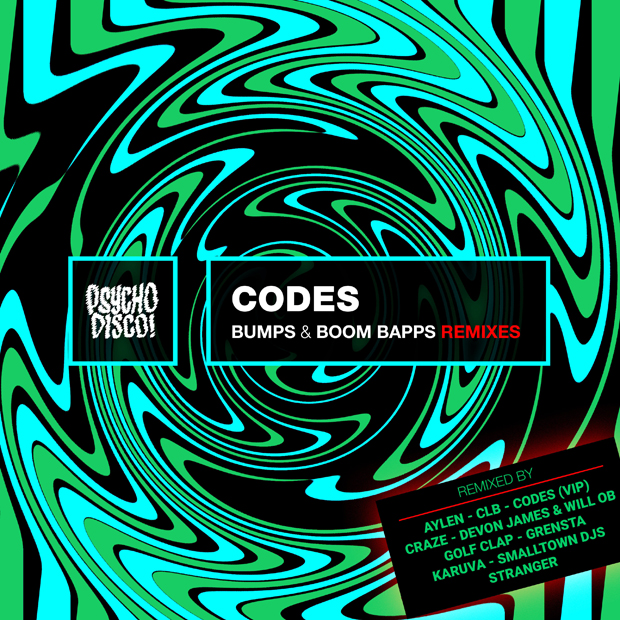 In 2016, Atlanta based label Psycho Disco! released their biggest hit since their formation with Codes’ “Bumps & Boom Bapps” EP. To celebrate the now viral release, Psycho Disco! has decided to celebrate the project’s success by commissioning a whole new spin on the EP with 10 brand new remixes.

Featuring a crew of a-list producers and tastemakers, the “Bumps & Boom Bapps” Remix EP includes new cuts from Crave, Golf Clap, Stanger, Aylen, Grensta, Smalltown DJs, Devon James & Will OB, CLB, Aylen, Karuva, and Codes. Building off the original releases tech-house foundation, the remix EP traverses a number of genres, from Aylen’s Breaks rework of “Bumps,” to Craze’s experimental take on “Boom Bapps.” Spearheading the remix pack, the man behind the whole EP, Codes, takes “Bumps” back into the lab for a 2018 version of the track that sees him throw the track in overdrive with a futuristic house reimagination of the single.