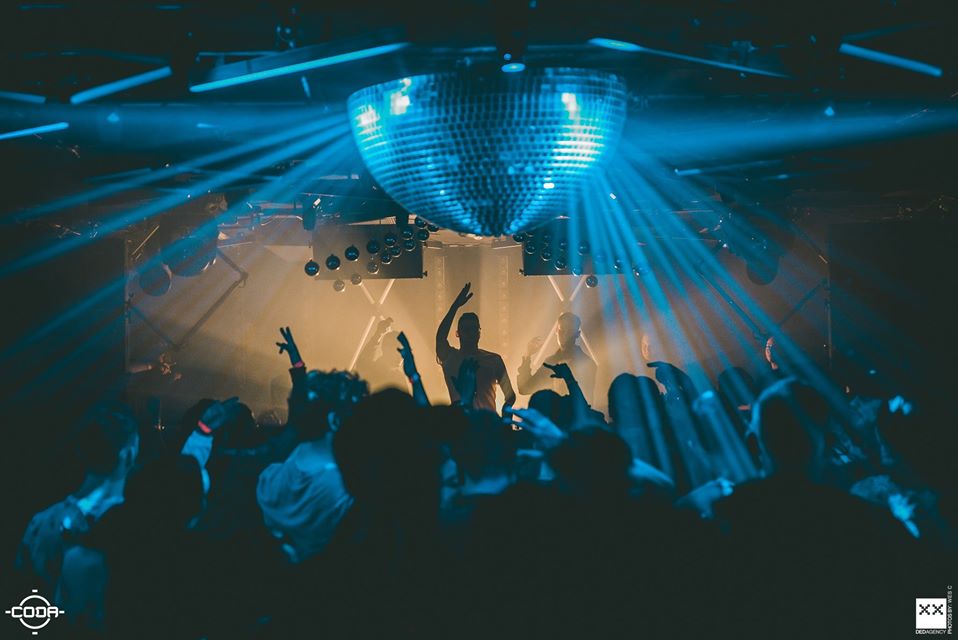 Skream – one of the UK’s best-loved selectors returns to CODA on January 18th for a special open-to-close set, and Anjunabeats favourite Ilan Bluestone makes his CODA debut on January 24th. Spain’s most eclectic duo Chus & Ceballos make their way back to Toronto on January 25th with their sultry sounds, and Sweden’s Jeremy Olander brings his ‘Vivrant‘ tunes to close out the month.

Toronto’s favourite industry veteran Mark Oliver takes Torontonians on a musical trip as we kick off January. In 1996, Mark began a mammoth weekly residency at The Guvernment. For years, he was the only DJ to play the main room and his nine-hour weekly sets became legendary. During his behemoth eighteen-and-a-half year residency at The Guvernment, Mark incredibly missed only ten nights (while touring Asia and Europe). He helped propel the club to its place, as one of the top worldwide clubbing destinations in history.

Max Chapman makes his CODA debut! The UK export will bring his house and techno anthems to the city of Toronto, infusing dancers with his top selected tunes. Get ready to dance! 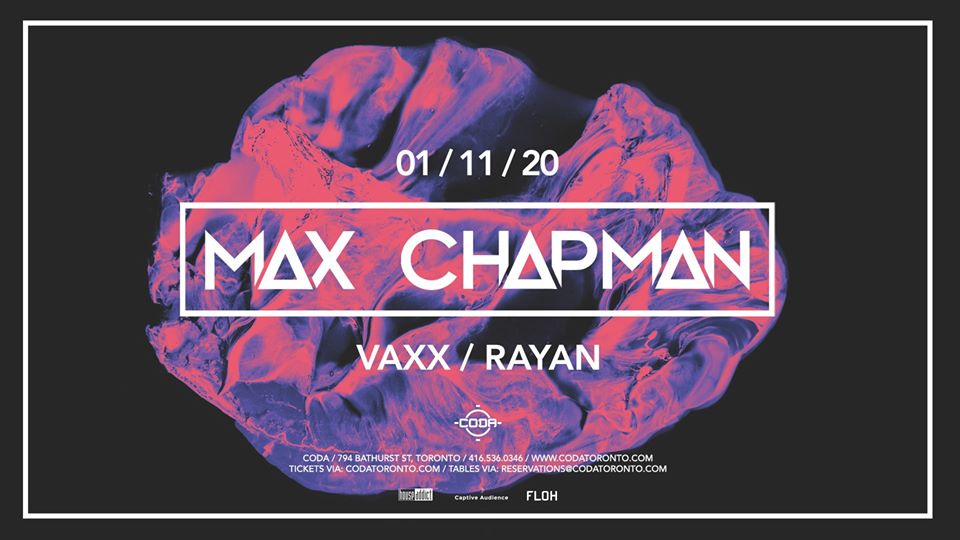 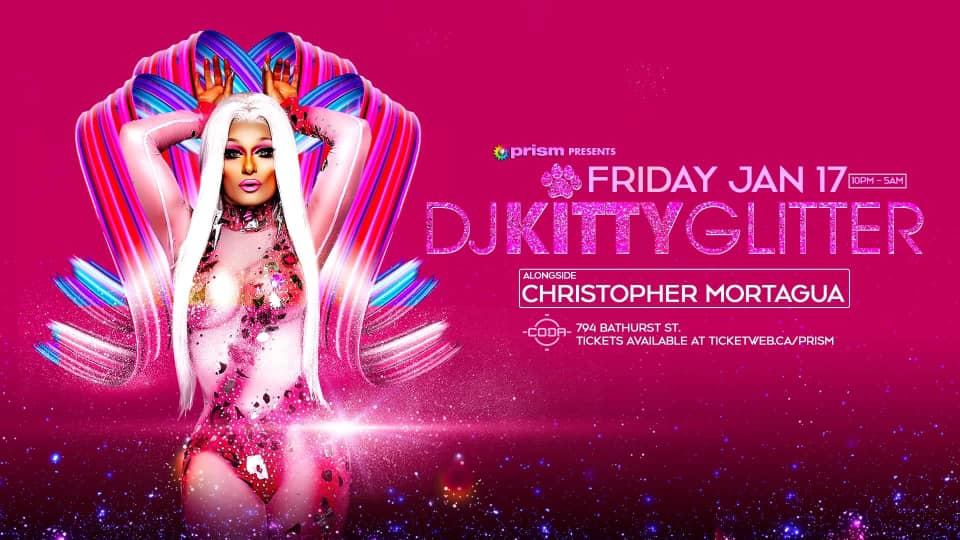 Friday, January 17 – ANNA, Dense & Pika, Moonwalk
[888 Yonge Street]
Raw Toronto presents: Anna, Dense & Pika, Moonwalk and Alberto Jossue for an unparalled evening of raw music in a raw location. The last 18 months have seen the talented Brazilian-born artist ANNA reach new heights with productions such as ‘Hidden Beauties’ and her powerful remix of Jon Hopkins ‘Singularity’, garnering acclaim from every corner of the industry, and achieving large streaming numbers on Spotify. New music from ANNA has been huge in festival sets for many world-leading techno DJs all summer. 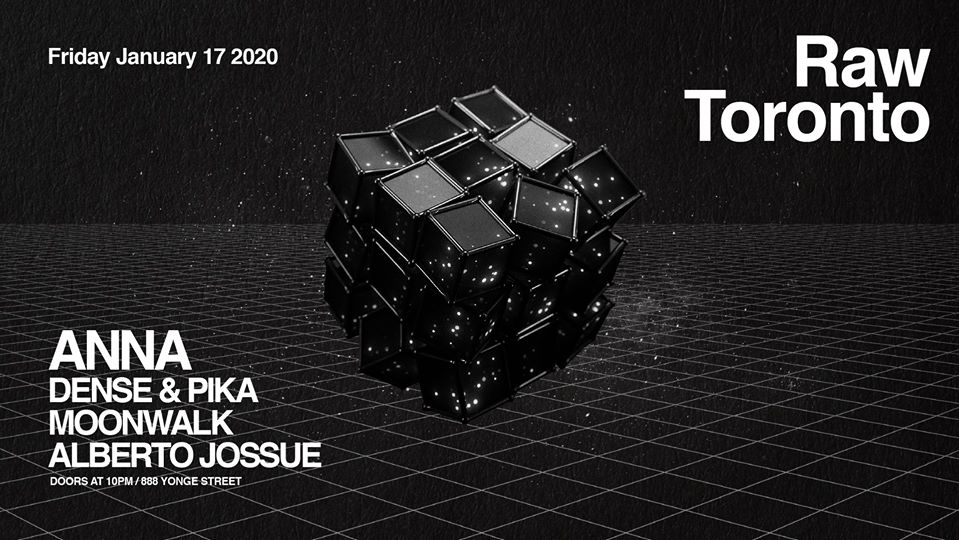 Saturday, January 18 – Skream: Open to Close
As one of the UK’s best-loved selectors Skream has enjoyed the kind of consistency most DJs and producers can only dream of. His passion for collecting and playing music is unrelenting; disco, house, techno and everything in between… it runs deep into his core and he lives it every single day. 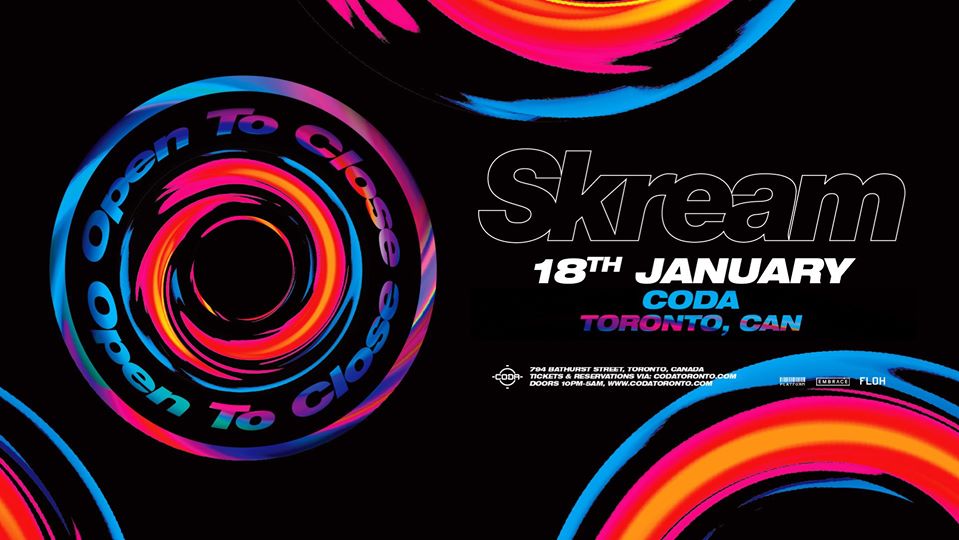 Since bursting onto Anjunabeats with his debut solo release back in 2012, London-based producer ilan Bluestone’s whirlwind journey through the international dance music scene has been nothing short of monumental. 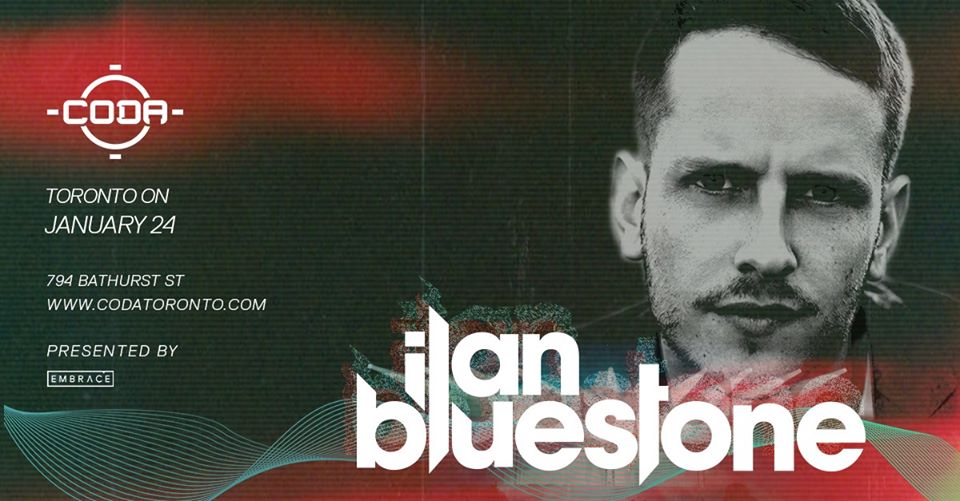 Chus and Ceballos are the most solid, professional DJ duo from Spain. Hailed worldwide for their excellent production work, including official remixes for renowned artists like Madonna, they display a remarkable versatility enabling them to play in small clubs to life-size festivals. 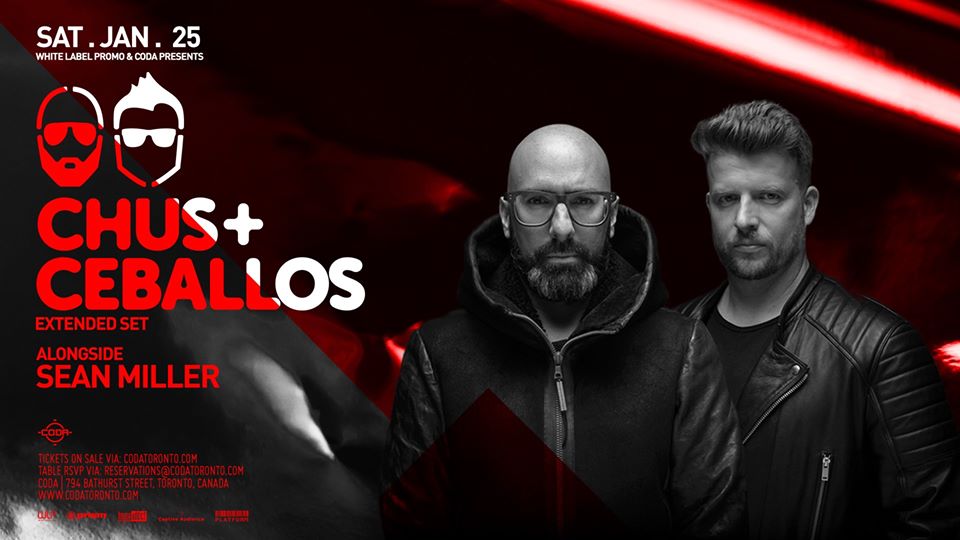 Since Jeremy’s first release on his label Vivrant in December of 2015, the imprint has seen nine out of its fourteen EPs make #1 on Beatport. Parallel to the label’s growth, the founder himself has seen his own profile ascend closer and closer to the very top of the game. 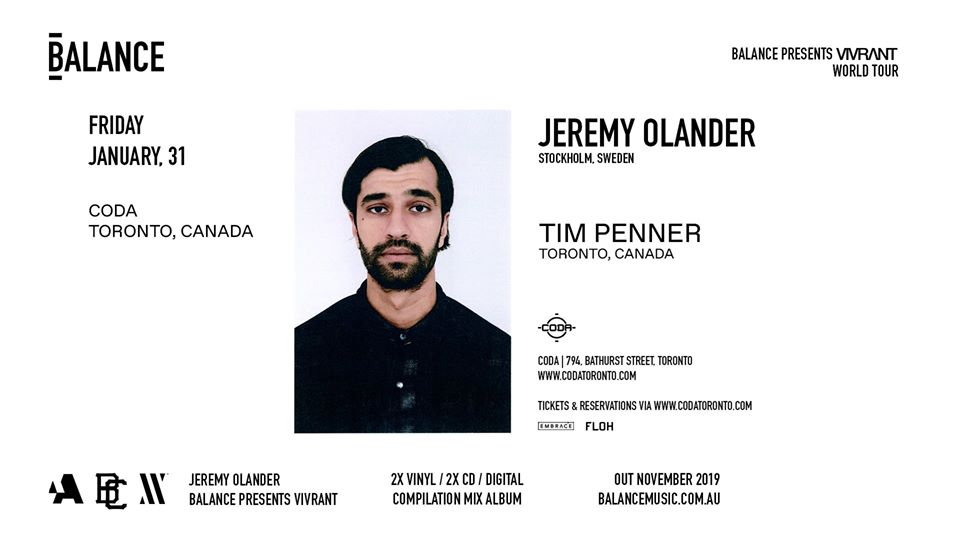